Karimunjawa is an archipelago made up of 27 islands, approximately 80 kilometres northwest of Jepara. Its name actually translates as ‘a stone’s throw from Java’ in Javenese and a place we had never heard of until our first night in Borobudur when a local guy said it was one of, if not THE most beautiful places in Java and if we have the time we should go. We won’t be disappointed!

The lonely planet book has only a couple of pages on the islands and doesn’t exactly sell it. So we read up a bit more, saw the photos, spoke to other Indonesians and decided let’s go! 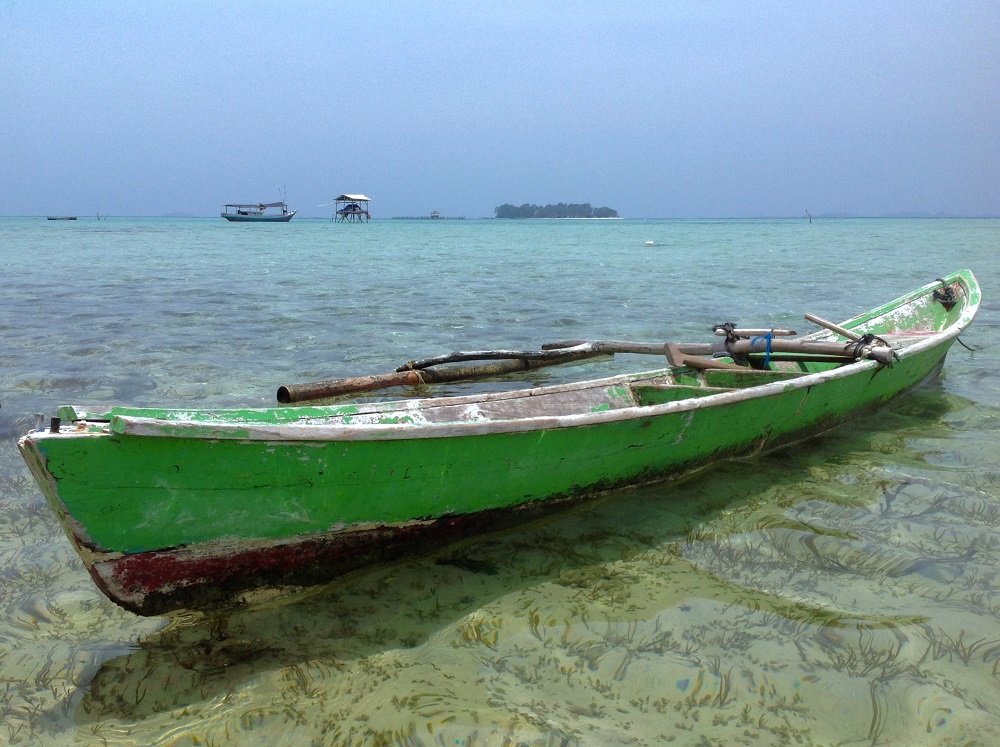 To get to the islands was a little difficult. Bus time again! Four changes from Merapi to Jepara then a ferry across. We arrived in the afternoon so spent one night in a hostel (the ferries depart the mornings only) close to the port  in a very creepy, empty theme park, something out of a horror movie. Very weird but we were 2 minutes’ walk from the ferry port and the hostel was OKish.

First thing the next morning we caught the fast boat to Karimunjawa –  A two hour trip. 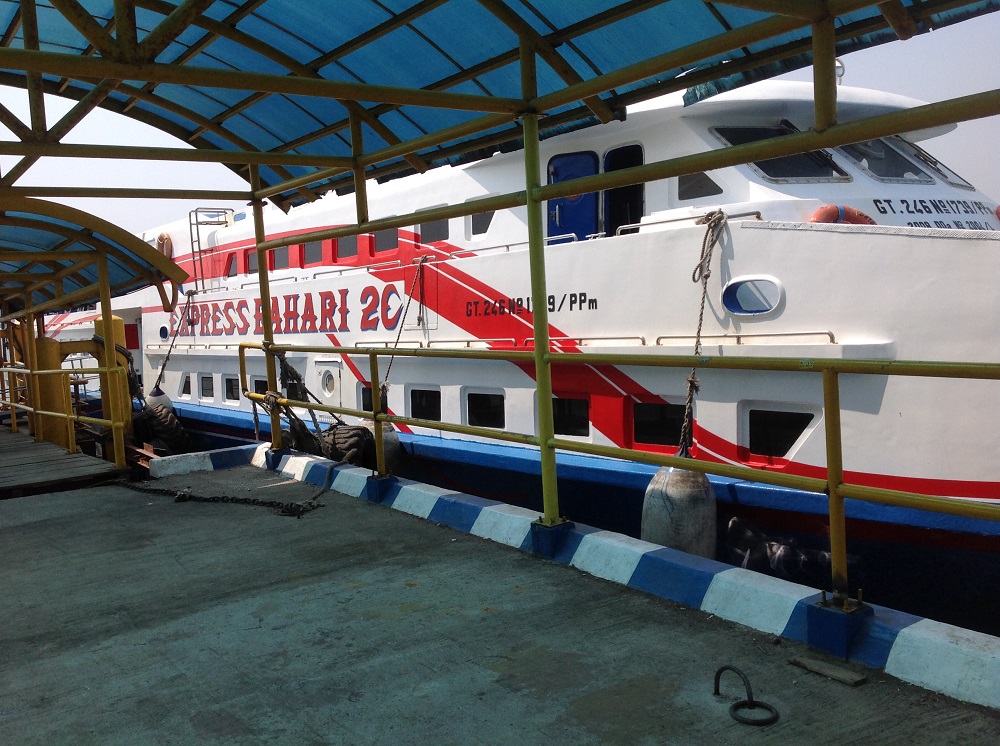 Sea sickness… not Sophie this time!

We arrived to a boat full of excited Indonesian tourists from Jakarta who were escaping the crazy city for the weekend. They were like little kids, taking photos, laughing, and pretty damn noisy. We thought at the time it was going to be a long 2 hours but within 20 minutes of leaving port….. SILENCE! Everyone curling up into a ball as the boat sped up to 40 knots rocking and rolling. It seemed like everyone was either asleep or being sick. We however were both enjoying the ride and the film being shown on the TV! The helpful crew were walking around with 100s of plastic sick bags for everyone. Unfortunately for us the sickest person on board was sitting right next to us. In all our years at sea we’ve never seen someone being so sick and so noisy when doing so! 1 hours 45 minutes non-stop. The poor girl! We saw her on the cheaper, slower and more stable ferry on the way back to the mainland a few days later. She looked better! 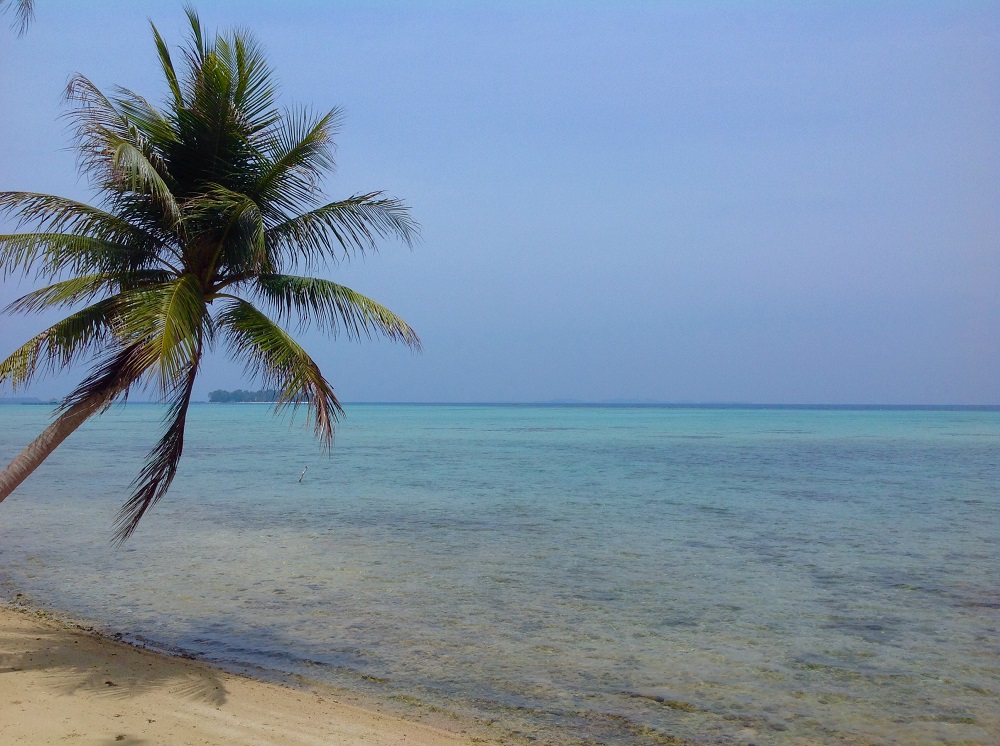 Our days on the island were spent cruising around on a scooter – discovering all its little corners, beaches and mangrove treks or… island hopping and snorkeling on stunning coral reefs! Tough hey!

In the evenings we headed to the main square (a football pitch!) where ten small stalls selling their catch of the day could be barbecued for you. Paradise! 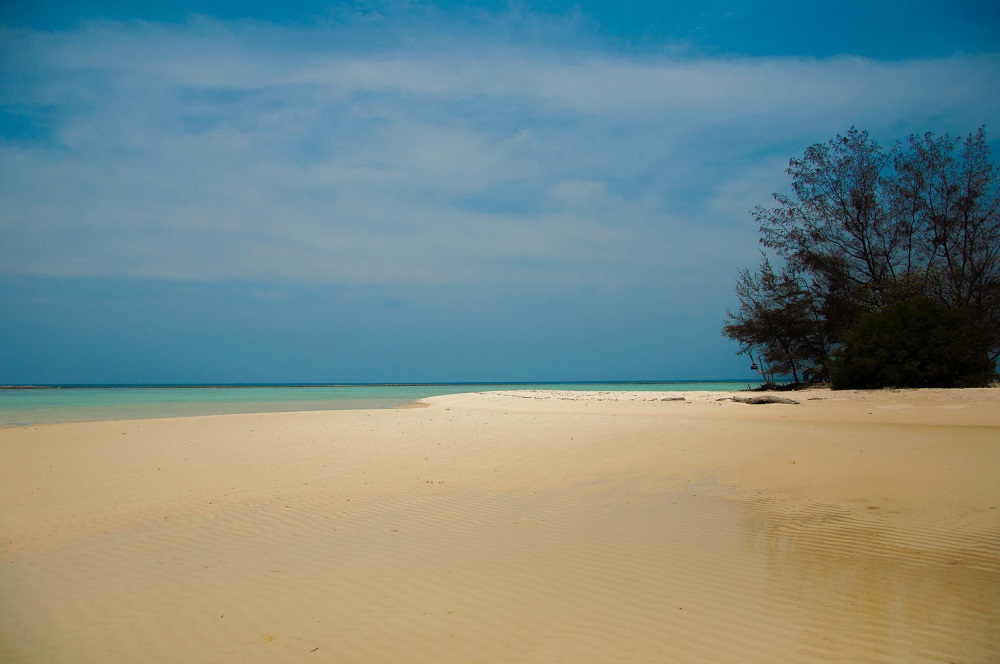 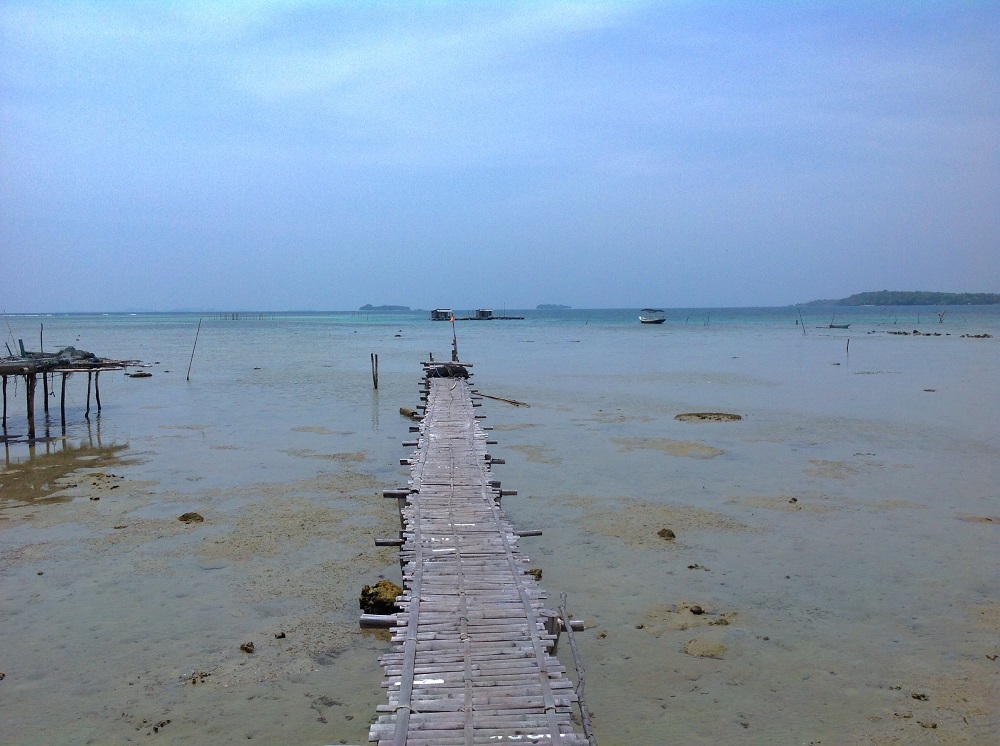 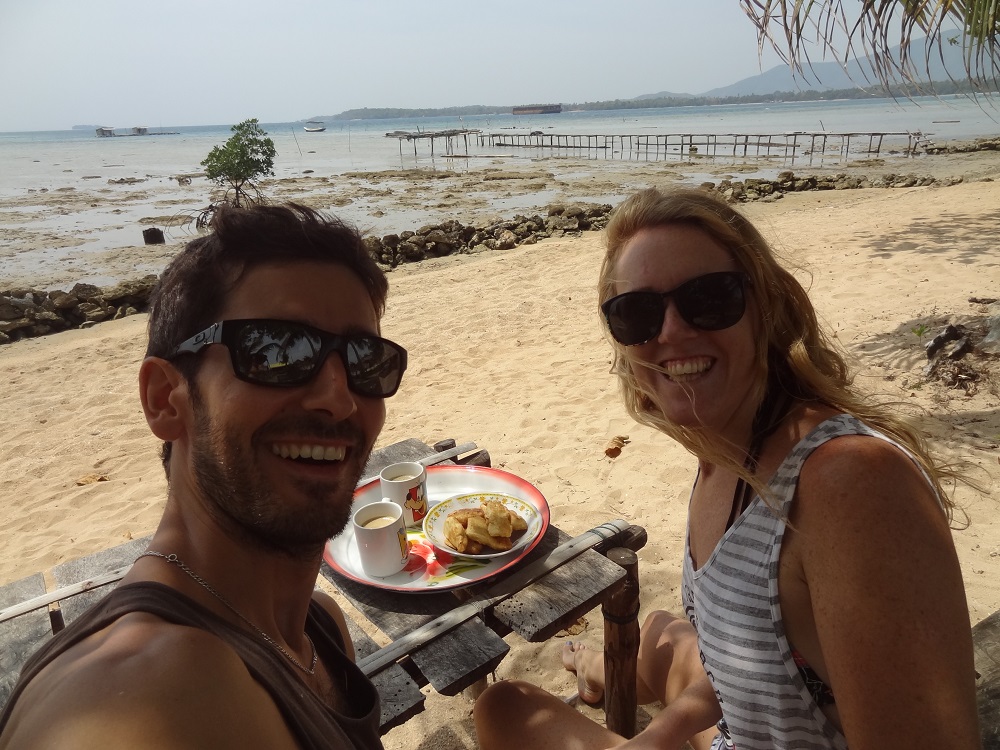 Free fried banana for breakfast from a cute Indonesia couple – on a deserted beach! 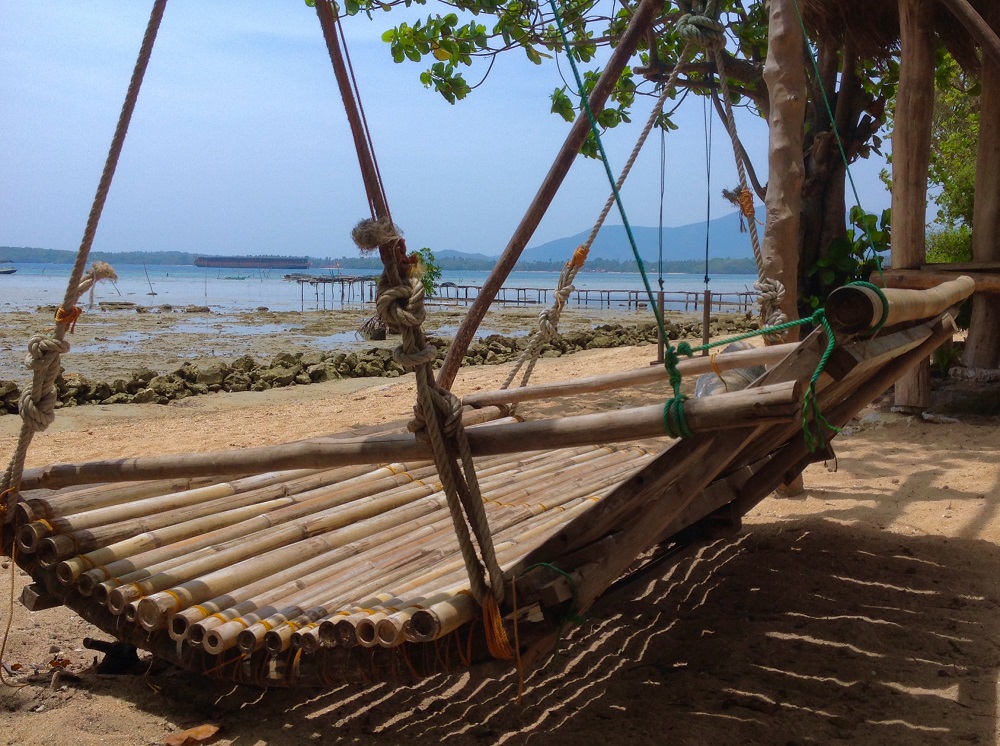 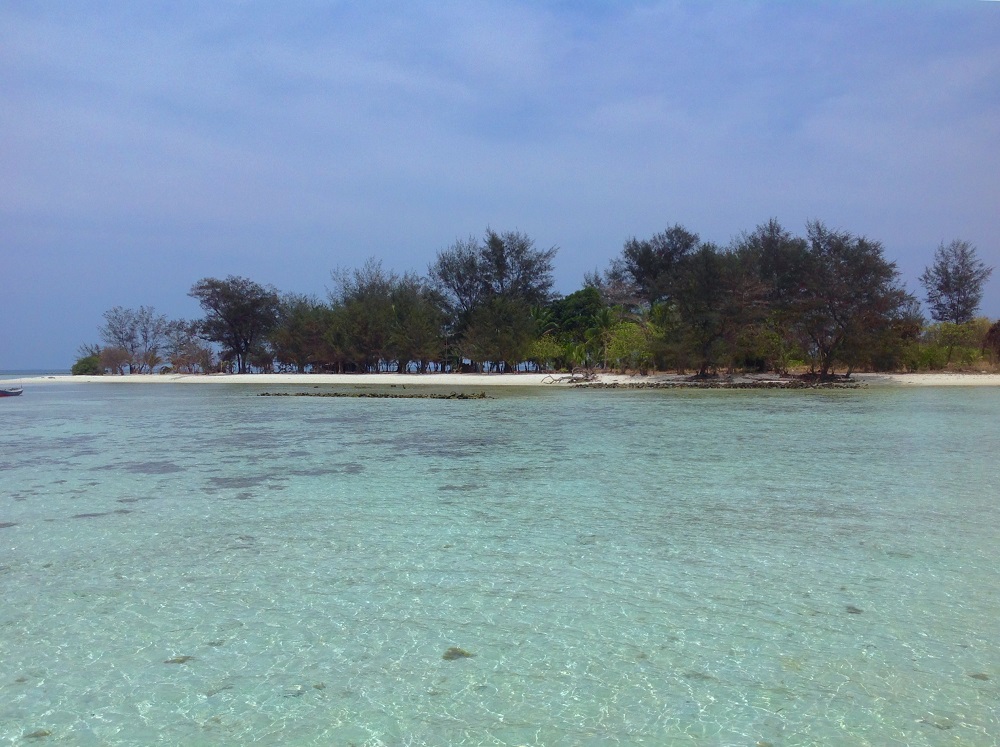 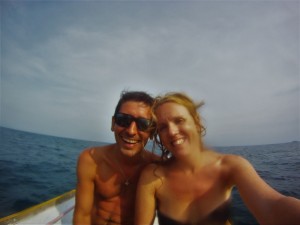 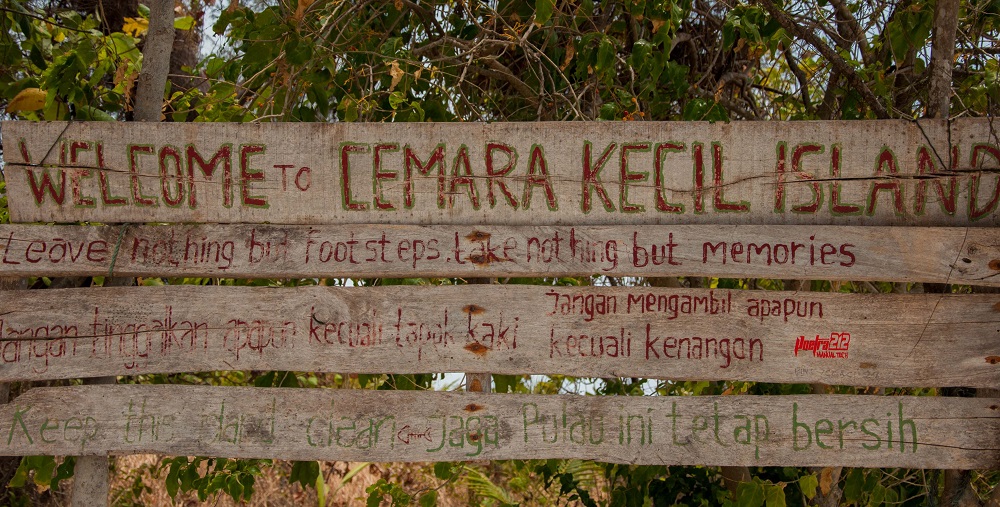 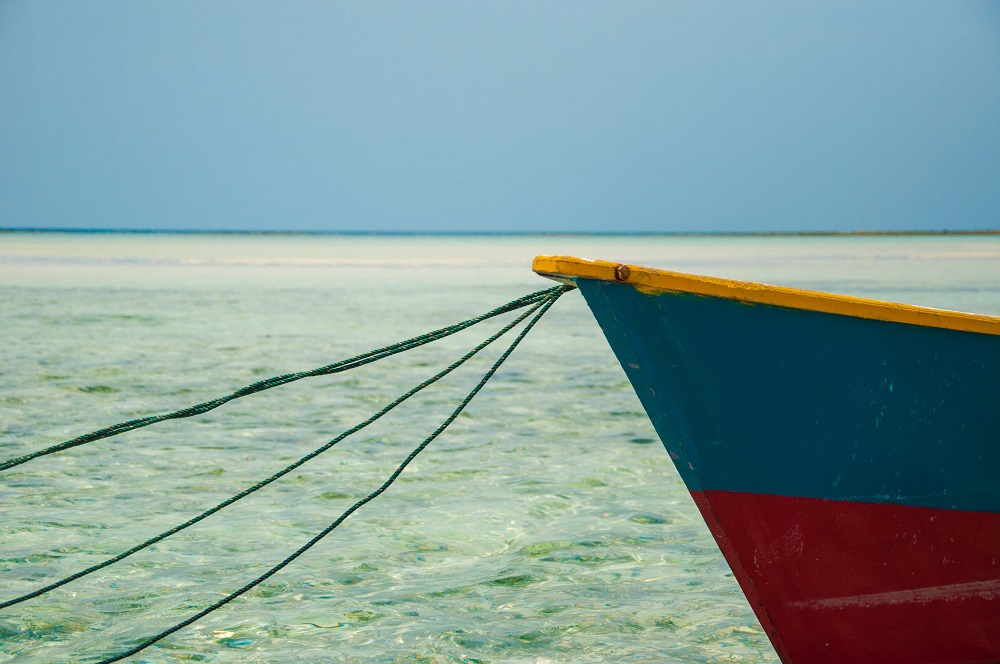 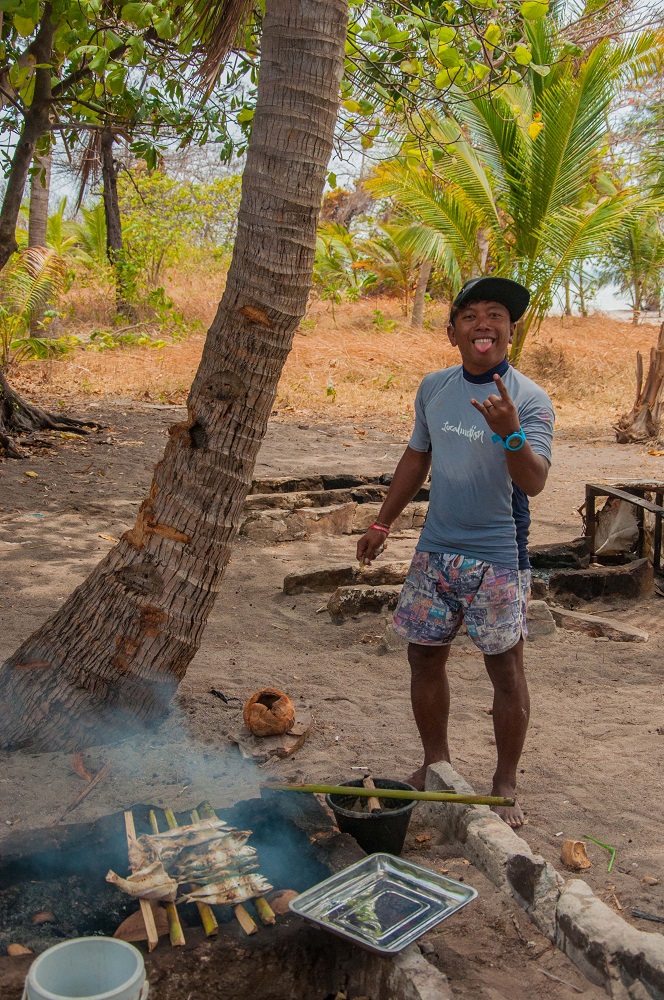 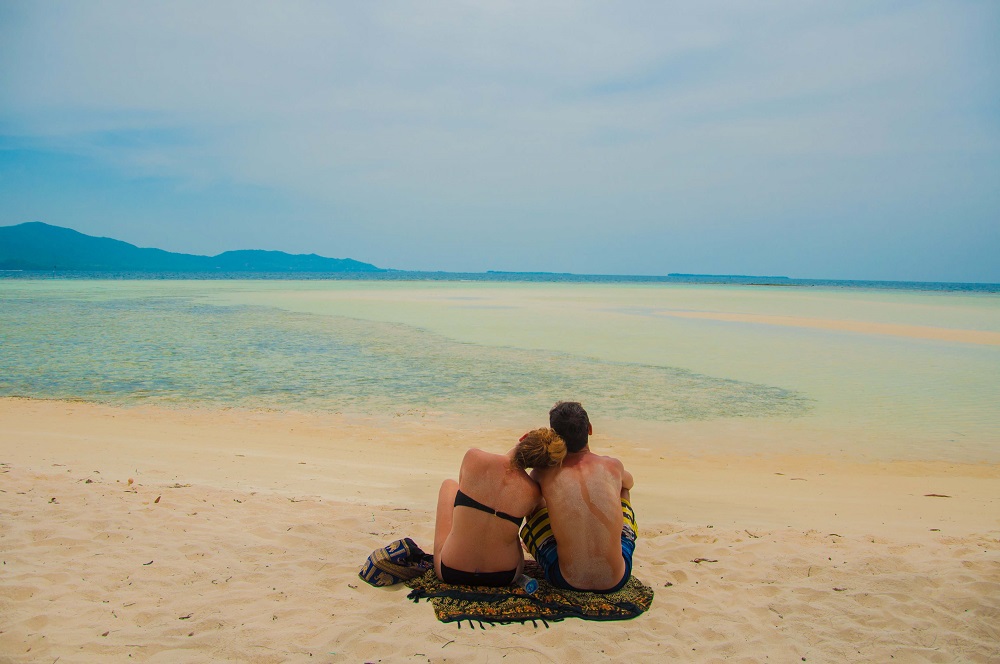 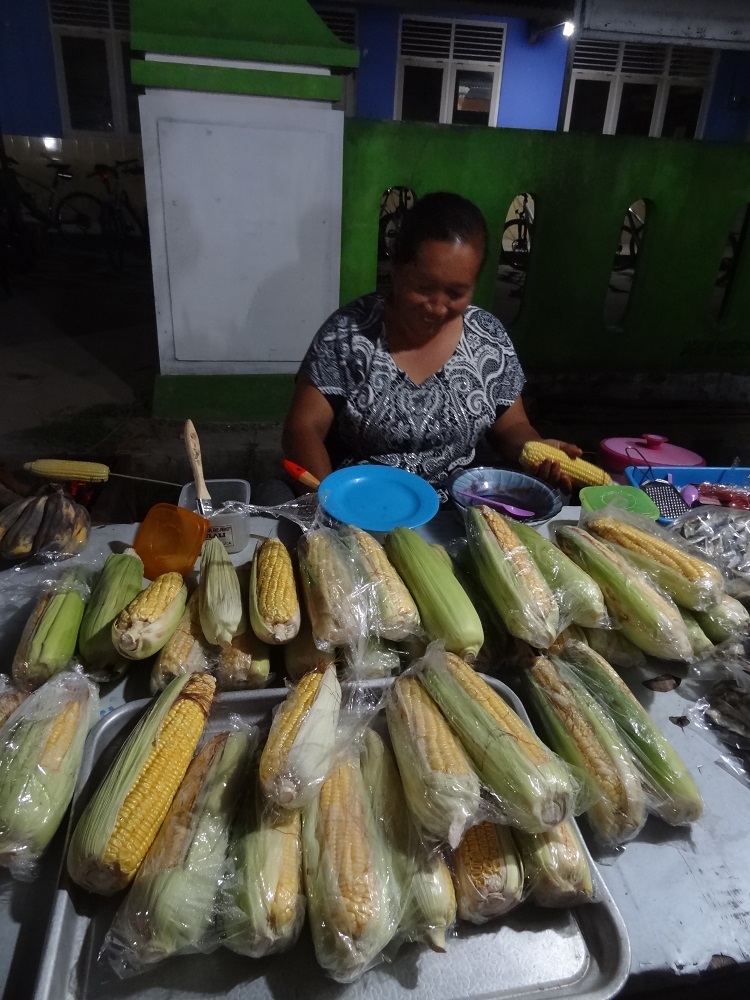 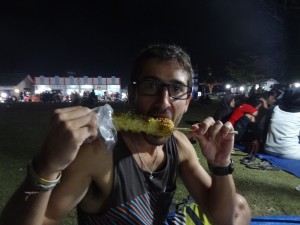 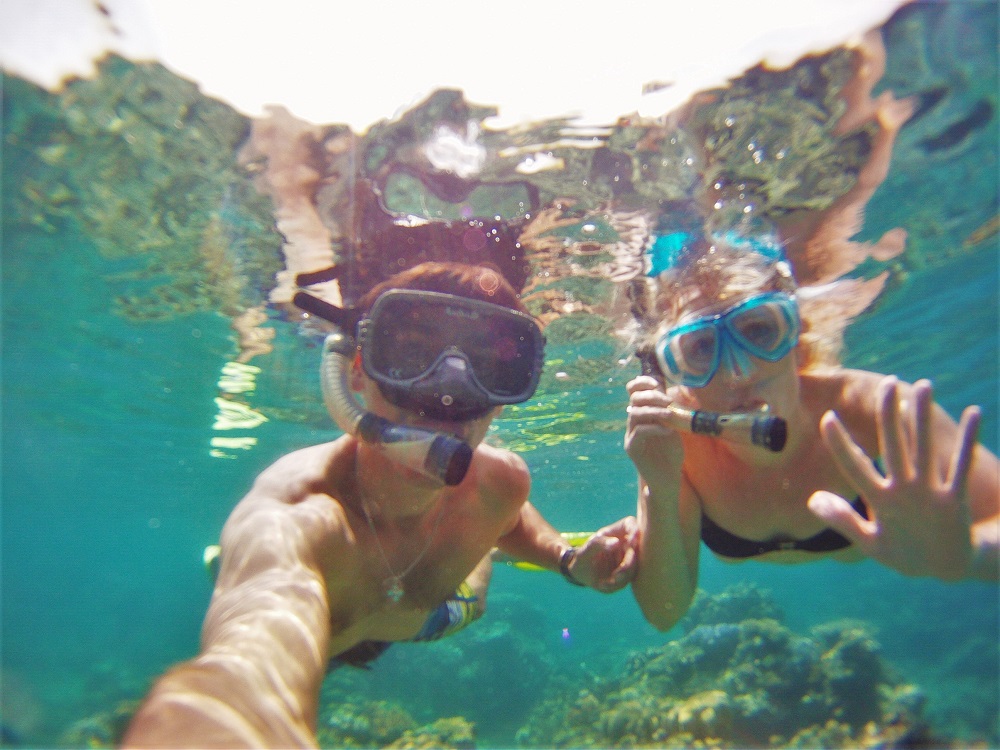 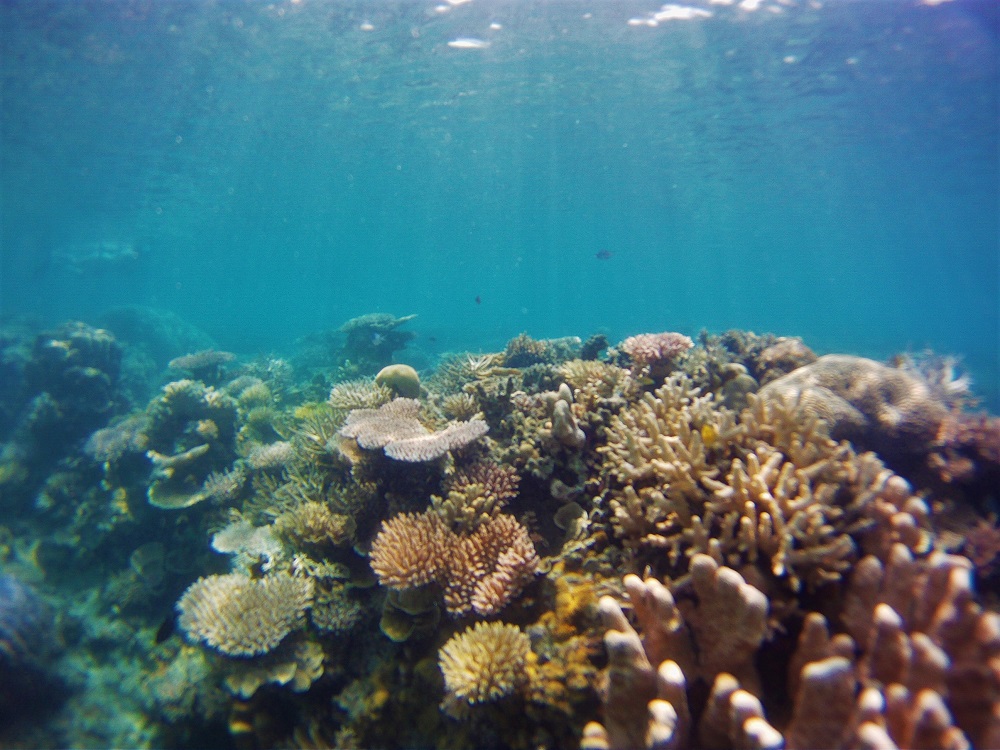 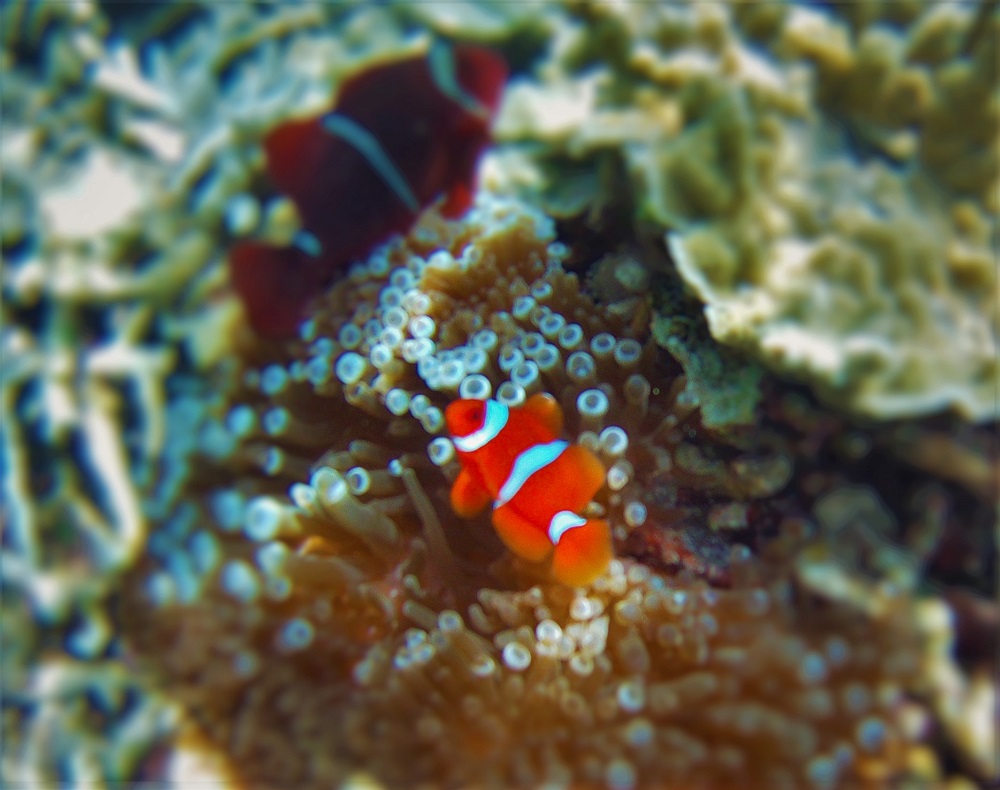 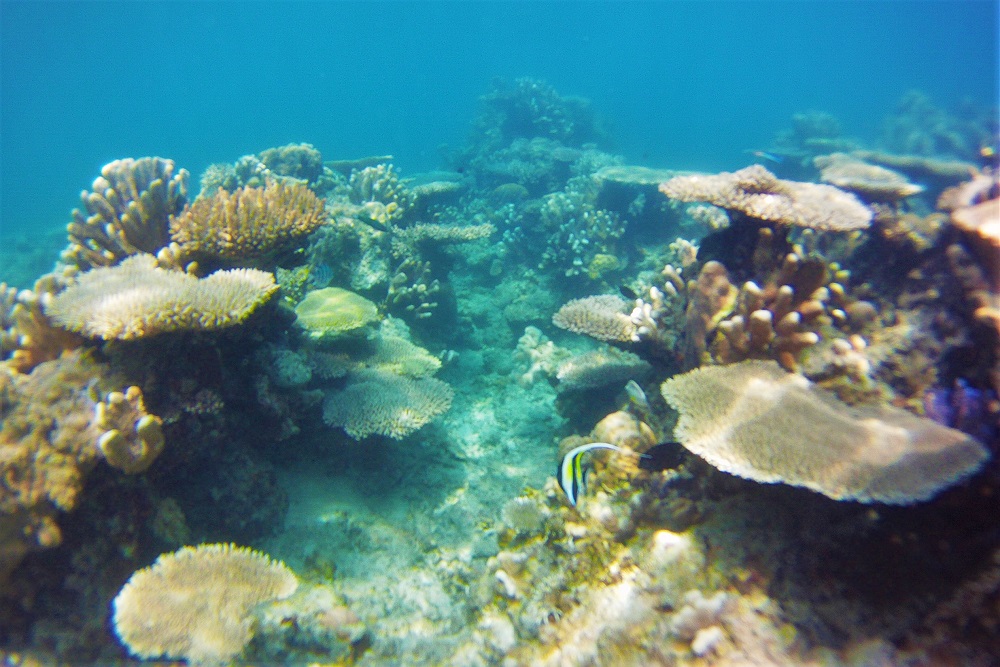 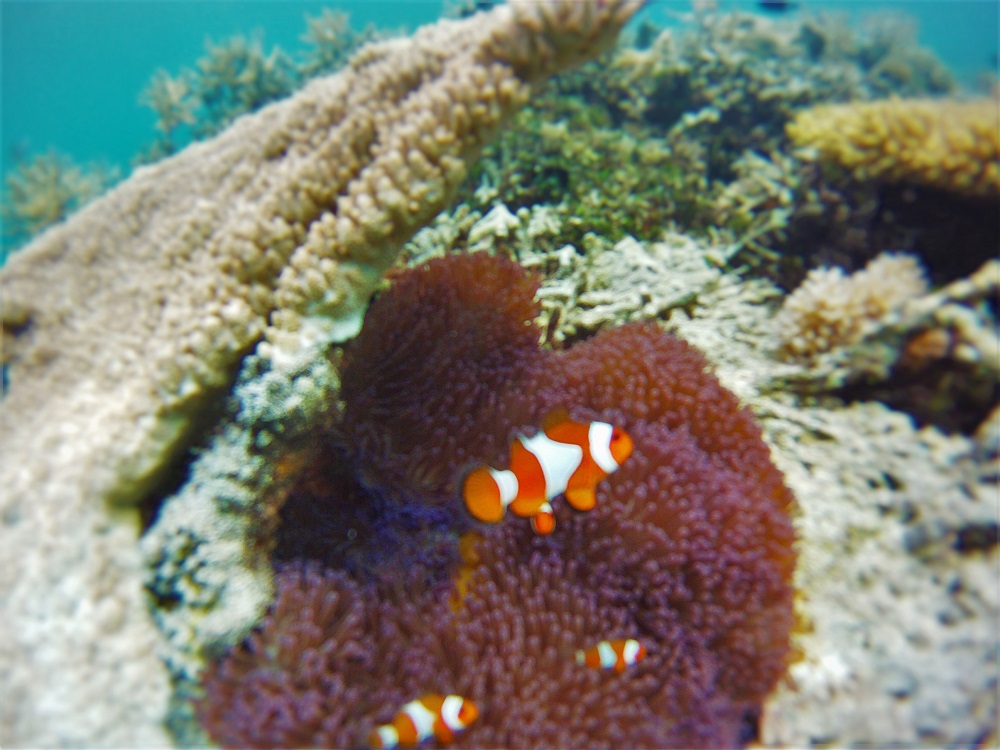 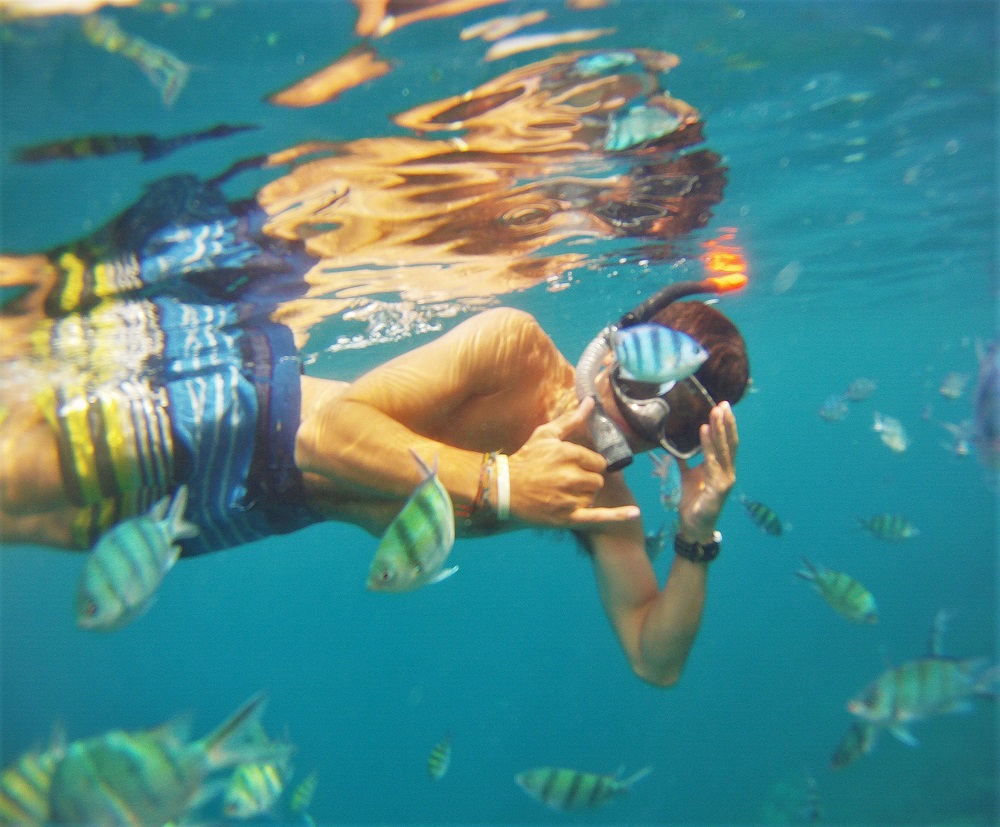 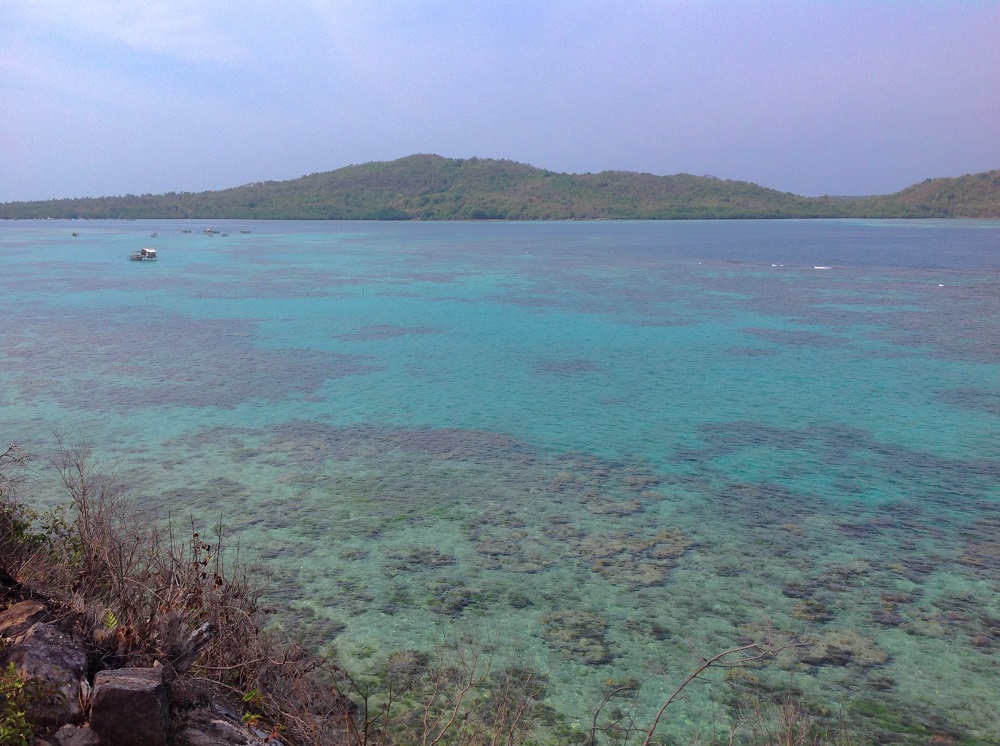 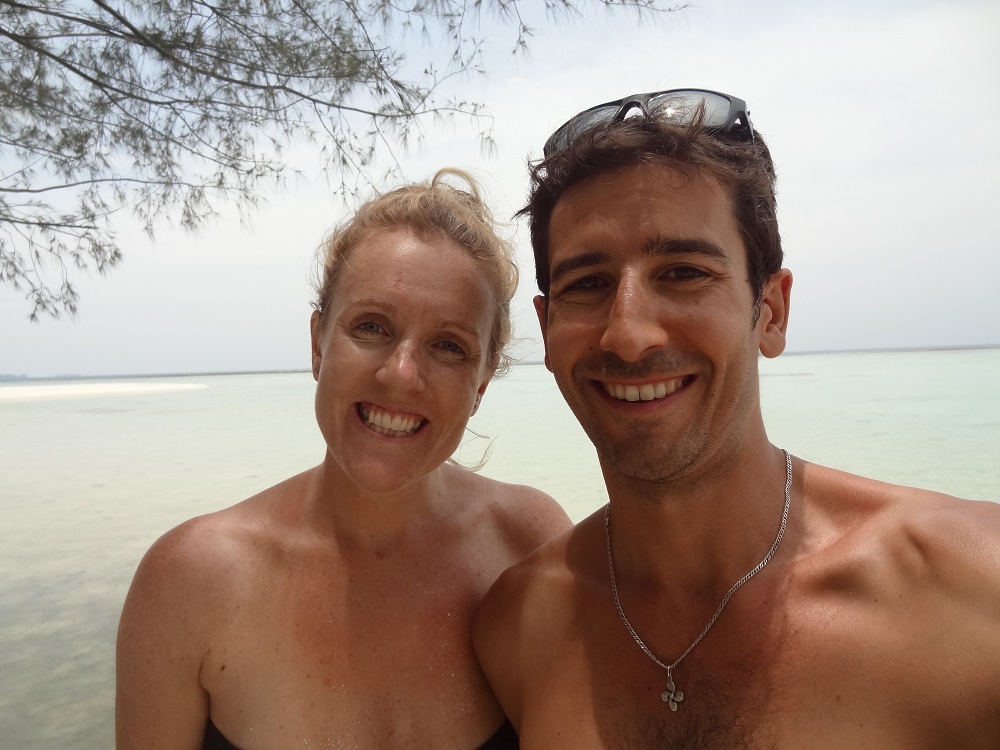 One thought on “Karimunjawa – A little bit of paradise!”