After our stop in Boracay we planned the following trip:

Head to Luzon by sea, taking the ferry from Caticlan to Batangas, then head north via Manila in order to discover the mountainous region of North Philippines.

A welcome change from the beaches in the Visayas.

We took the expensive bangka back from Boracay to Caticlan early in the morning ready for our ferry to Luzon. Ferries unfortunately, have a very bad reputation for safety and punctuality in the Philippines. So far we had been lucky but not in this case. After 3 good hours frying in the sun, the ferry arrived, unloaded and loaded with an overall delay of 5 hours once we finally arrived at our destination Batangas at 11:00pm.

Not bad for a journey which takes only 30 minutes by plane! Pfffff! 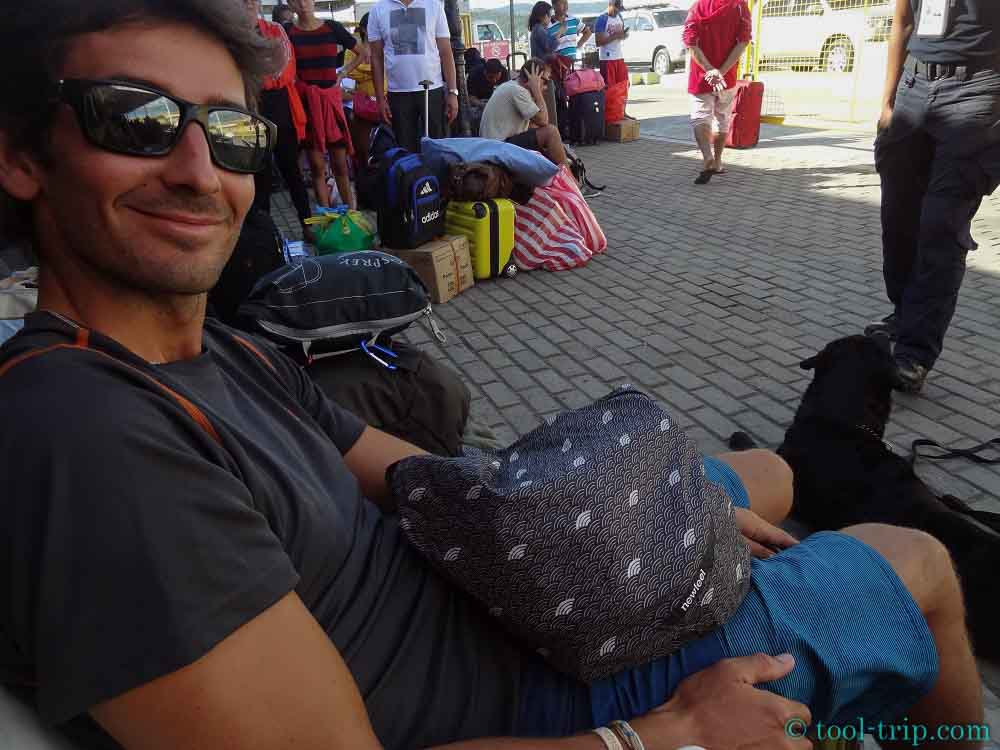 Just like at home and the SNCF – He’s smiling though! 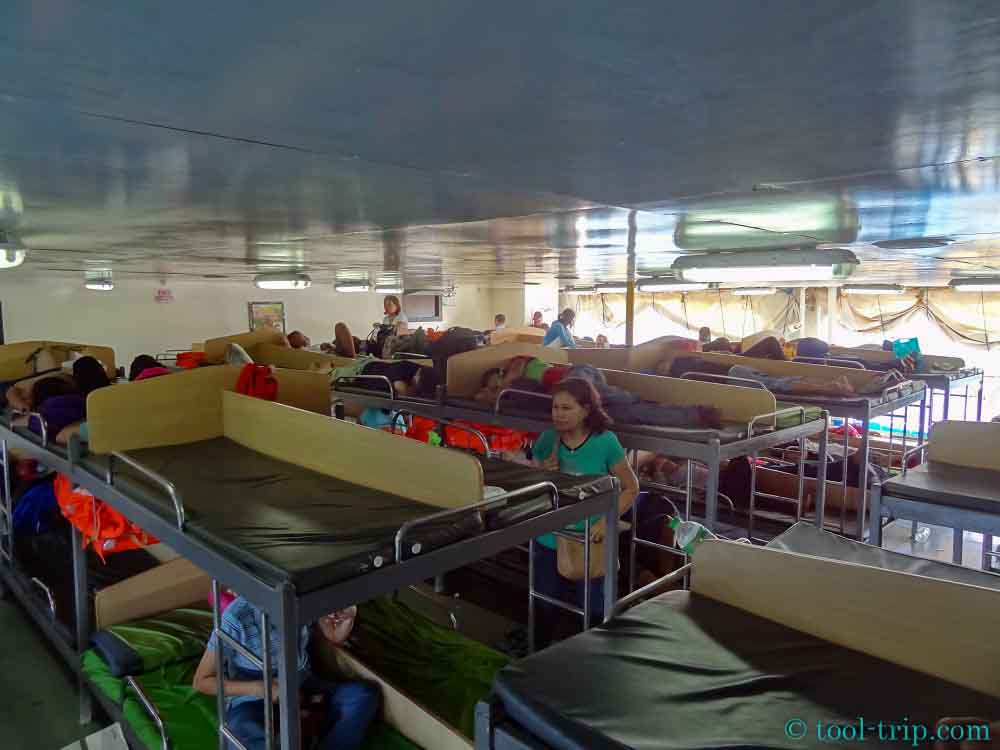 To pass the time on this magnificent vessel in economy class, so no AC, no windows, just 100s of bunk beds aligned in a big space; we slept, ate crackers and read – The prison effect! 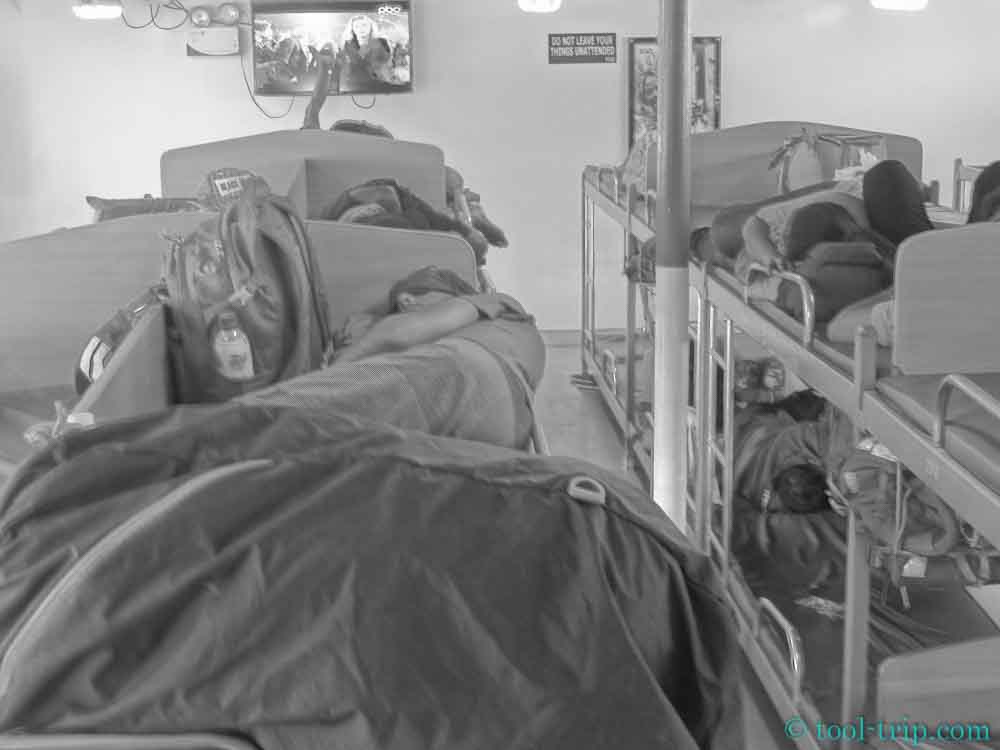 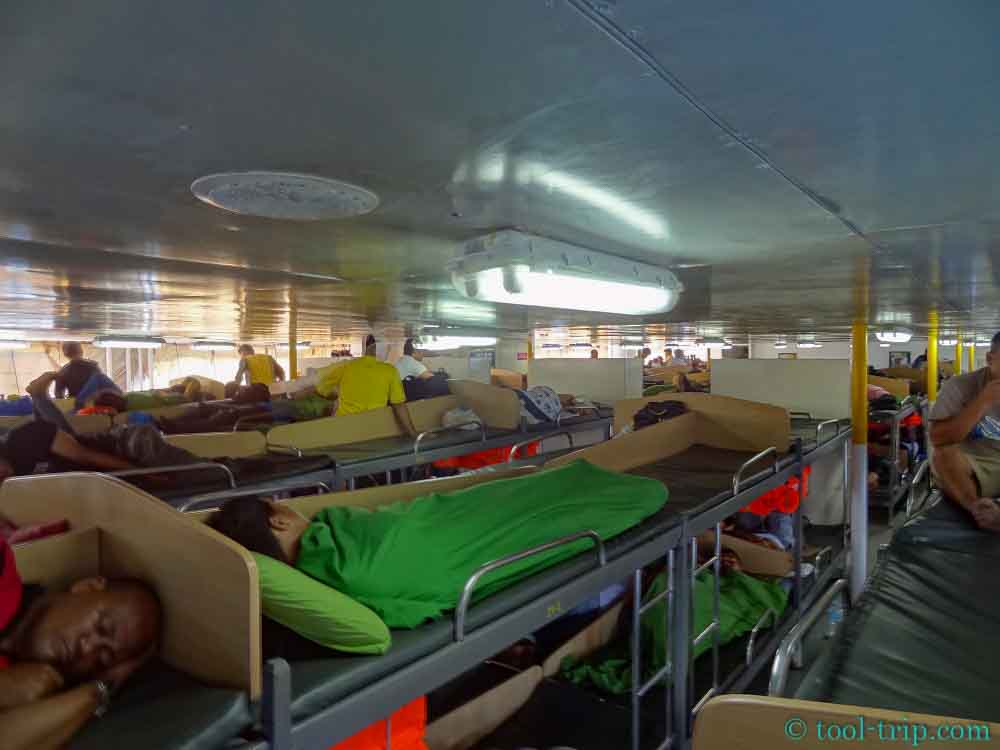 Oh well, we eventually arrived at the huge port of Batangas at 11pm, tired, thirsty and hungry! We had missed all connections to Taal Lake so our journey ended there for the day. We needed to find a place to sleep for the night. The first challenge was finding the exit out of the port; we couldn’t find an exit anywhere. We eventually asked the security staff who showed us to a free shuttle bus which took us out to the main gate a kilometre or two away. From there we avoided the tricycle drivers and with our bags on our back and head torches on, we followed Maps.me to find the closest hotel. Ok, so it wasn’t that safe, walking on a bypass at night with huge lorries whizzing past but only 15 minutes later we left the main road and found the only hotel anywhere close to us. Expensive for what it was, but relieved to be off the ship, we slept well and knew the journey continued the next day. 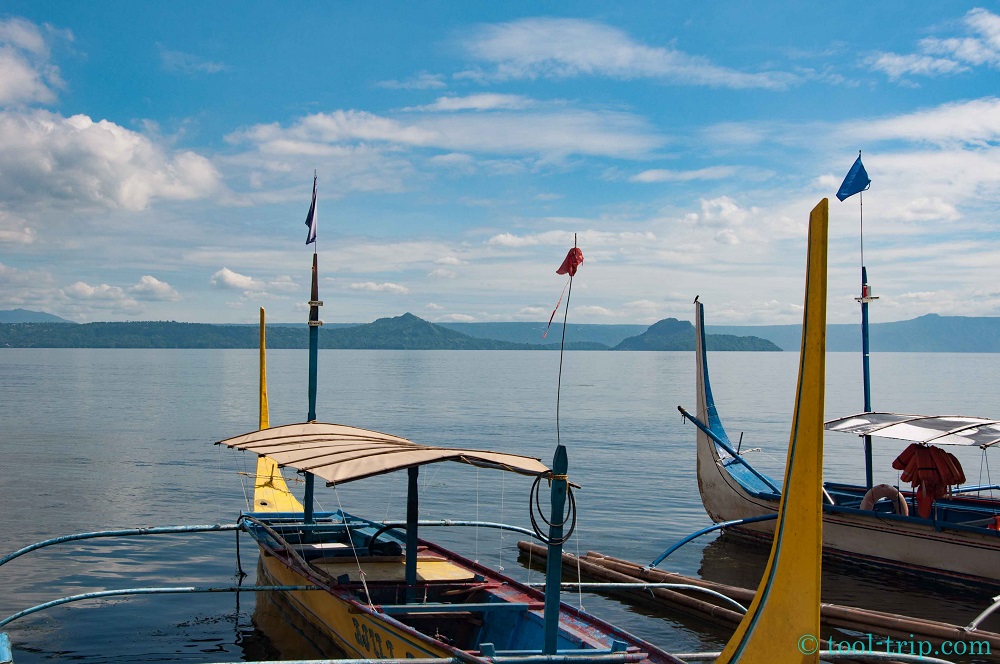 Perfect day to get to the volcano

Today is going to be a good day….Not!

The next morning, we got on the road early in order to hopefully spend the majority of the day at Lake Taal: The lake is situated in the middle of a caldera, with Taal volcano in the middle of it. We were hoping to take a boat across to the volcano and hike to the top to see the views across the lake. And so between Batangas and Tagaytay, we took a total of 4 jeepneys and 1 crappy bus to cover 60 km in 5 hours! Oh and add onto that a good hour walking at lunchtime in 40 degree heat carrying our backpacks just find any type of restaurant – Nothing and with no one wanting to help us. We ended up munching on crisps in a Seven Eleven. 1 of our 5 a day! Potatoes right?

Can we go back to the Visayas please?!

Our day didn’t get any better when the lovely mafia locals demanded between £30 and £70 for a half hour boat trip to the volcano! Ridiculous. There was the possibility of sharing a boat to cut down the fee, as long as they get the full sum and there are no more than 8 people, they are happy. A group of 6 Korean tourists refused to share their boat with two westerners, we are yet to meet one friendly Korean on our travels! Rant over…..Then an American/Filipino family were happy to let us go with them but they weren’t prepared to wait for us if we wanted to walk the short walk to the top of the volcano! We were really starting to hate this place! After all the effort we had made to get there, no one was interested in helping us discover and explore the place! We decided enough was enough after waiting two hours just to find someone to take us on their boat. We headed back to the crossroads to take a jeepney to Tagatay, the main city nearby – Even this wasn’t easy -They refused to go unless the jeepney was full, if not we pay more. It was only 8 bliming kilometres! The price of the jeepney, the price and standard of the cheapest hostel and the only cheapish place to eat, Starbucks, made us want to get out of the area as soon as possible. The alternative however, was to stay a night in Manila which we personally thought would be worse! 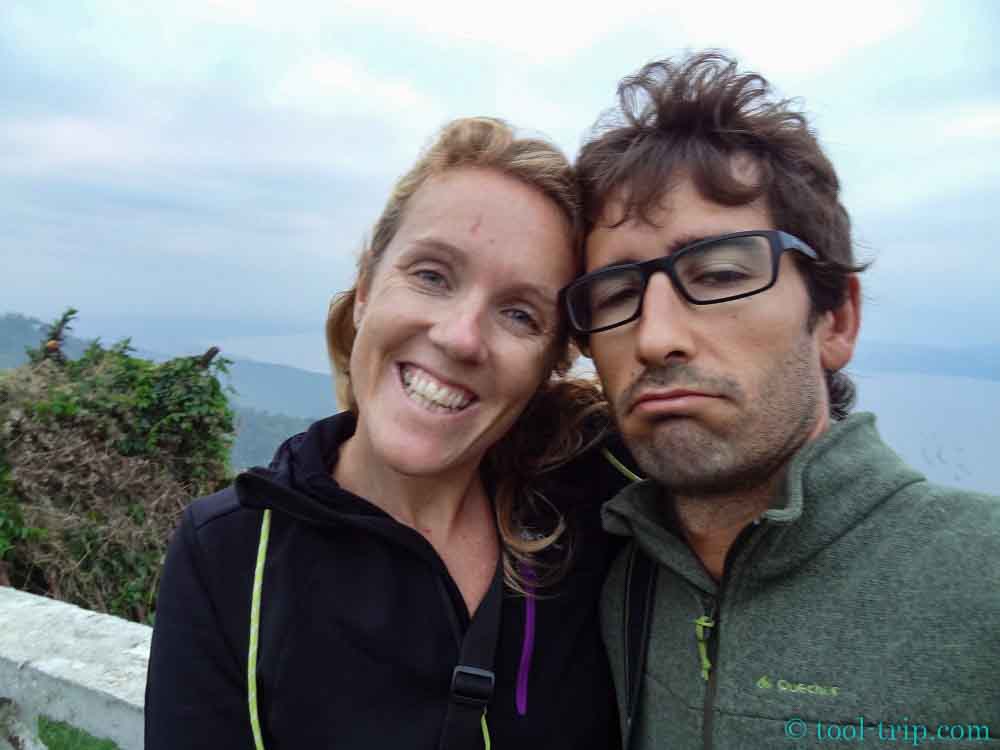 All that difficulty for what?!

We stayed for one night around Lake Taal. We didn’t get to hike the volcano but we could still just about appreciate the view of the lake through the clouds and mist from Tagatay. We wouldn’t recommend to anyone to come to the area from the south via Batangas unless you plan on staying a few days. From Manila it is much much easier. Buses run hourly to and from Tagatay. The trip can be done in a day as long as you have the cashish to spend. Check the weather forecast before leaving as well! 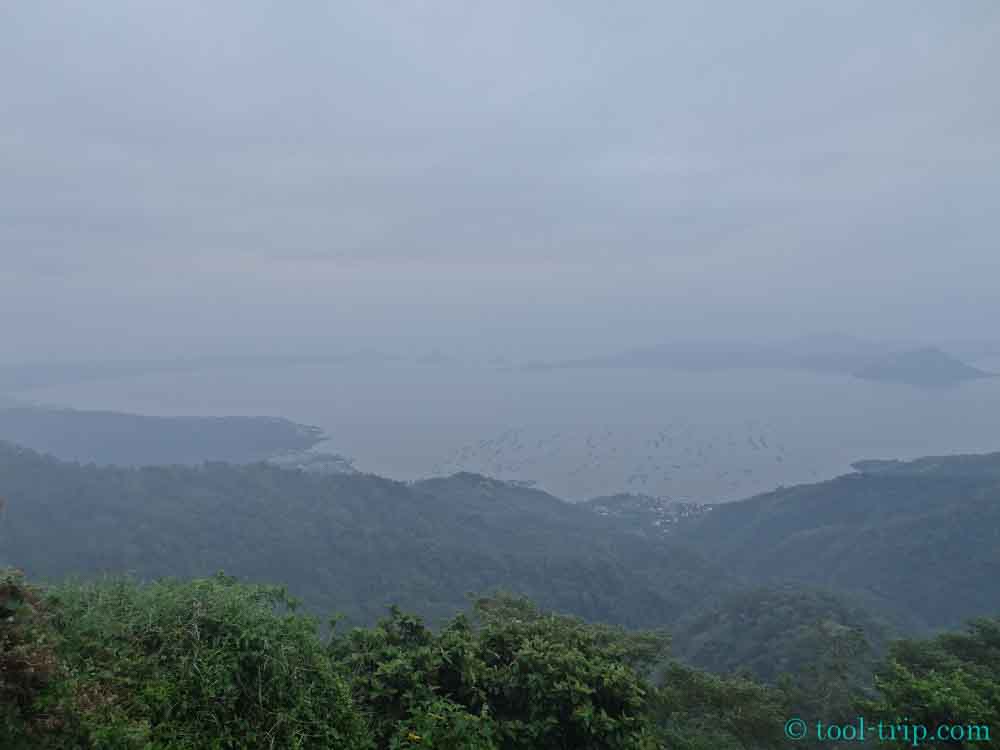 Manila – The city of fresh air and calmness…..

We left early the next day for Manila, a city we were trying to avoid as much as possible because of its reputation for noise, pollution, heat and the famous traffic. Unfortunately there was no other easy way to get to the north of Luzon. We arrived in Manila to noise, pollution, heat and serious traffic and unfortunately we had 7 hours to kill before our night bus to Banaue! We decided the most stress free, calm, least lung destroy thing to do was to check out the huge Mall of Asia shopping centre, not far from where we were dropped off. We took all our bags and quickly found a jeepney (it was way too hot to walk!) and within 2 minutes we were at the mall. 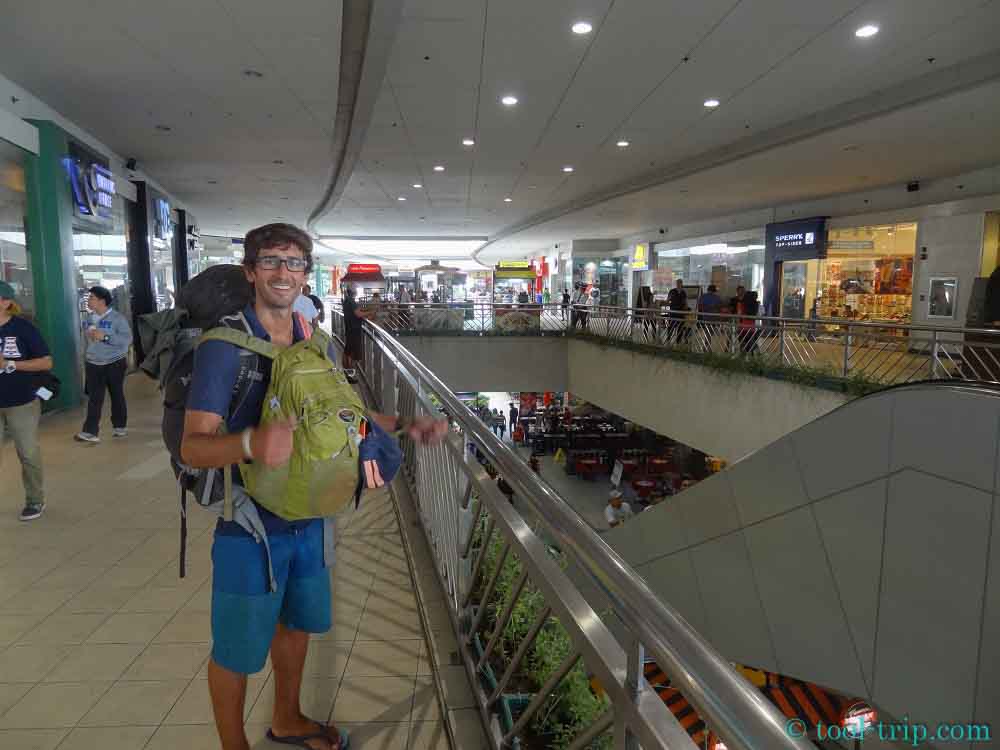 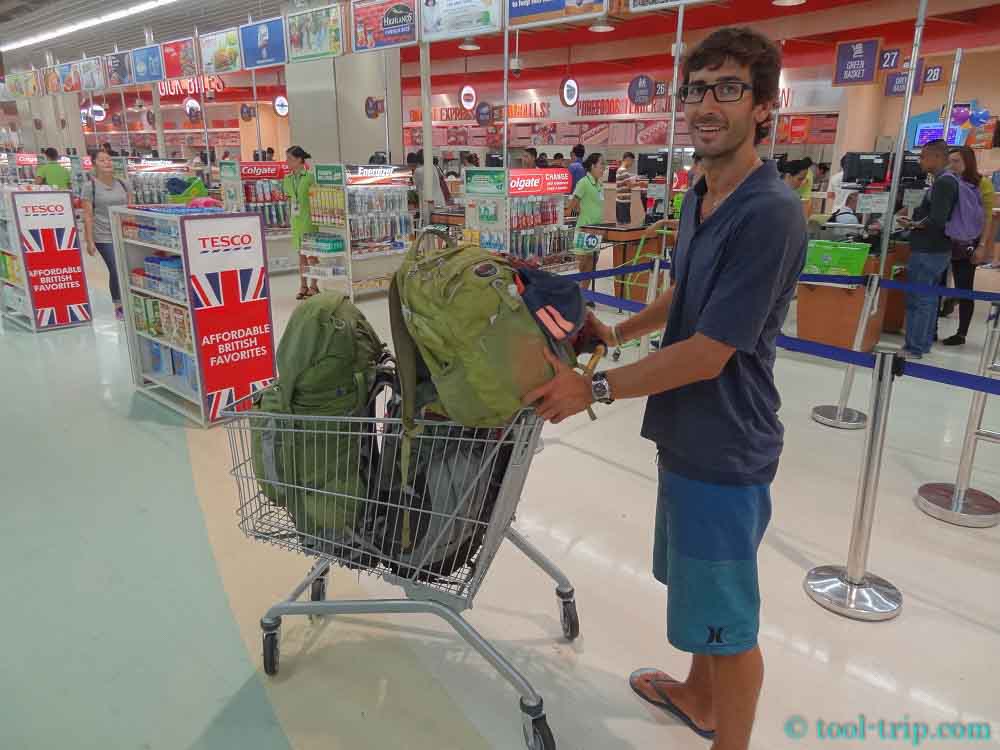 The 4 hours we ended up spending there dragged on and impressively we didn’t buy anything except lunch. Leaving sufficient time for the crazy traffic in Manila we took a taxi to the nightbus bus station. We are so glad we did. 2 hours to cover the 8 kilometres!!! Add to that the lovely driver hocking up flem every 2 minutes and spitting it out the window, the 2 hours felt like 4! The only satisfaction was the price: £3! We arrived at the bus station in plenty of time and full of tourists like us. Our bus was due to leave at 9pm so we filled our bellies, prepared for freezing temperatures on the bus and ready to go! 9 hours later and 100s of corners and kilometres of bumpy roads, we arrived in the Cordillera Mountains in the hillside town of Banaue.