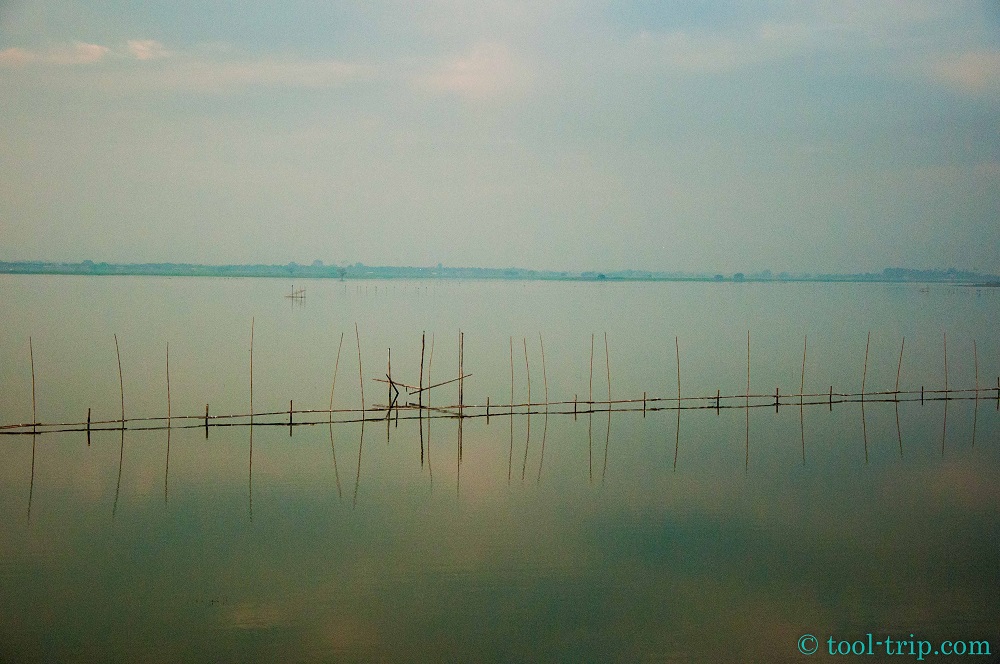 Mandalay (another previous royal capital of Myanmar!) was set out like an American city. Avenues and streets perpendicular to each other making it easy to find your way around. We walked from the pickup drop off to a hostel. It was a little distance but we got to see how nice the city already was. Our hostel felt like luxury compared to the night before. We negotiated a price and got a good deal.

Our plan for Mandalay was to hire a scooter and spend most of our time exploring the surrounding villages which we heard were beautiful. 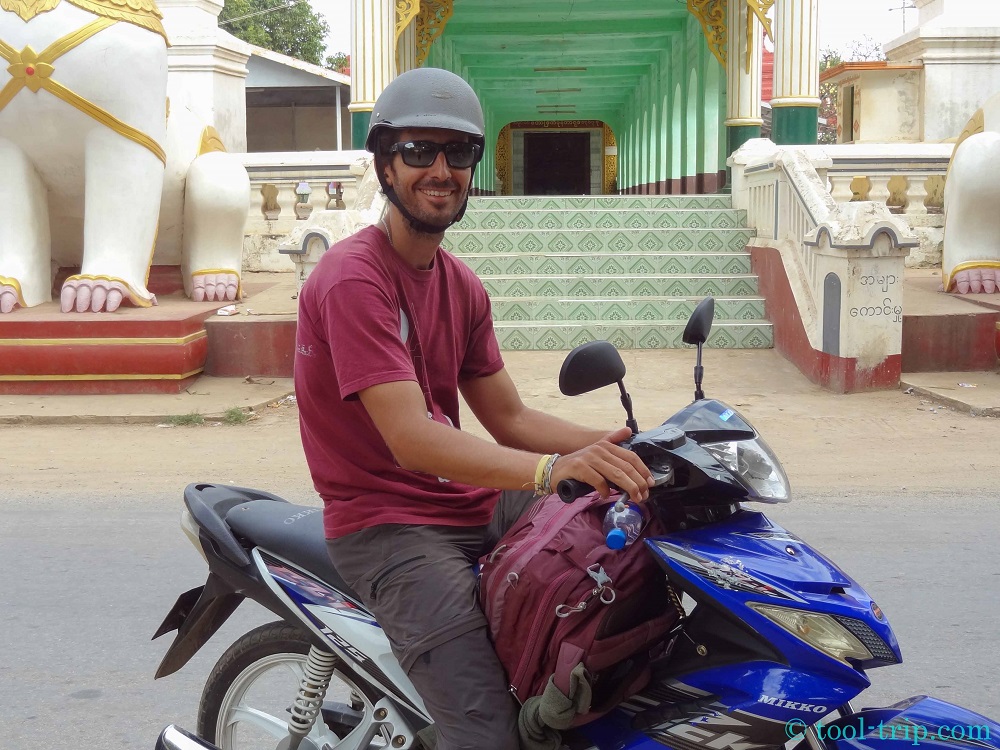 For the first afternoon, after walking around more of the city, we headed to the town of Sagaing along the Ayeyarwady River, the other side to Mandalay. Sagaing is an important religious and monastic town with pagodas and monasteries covering the beautiful hilltops. 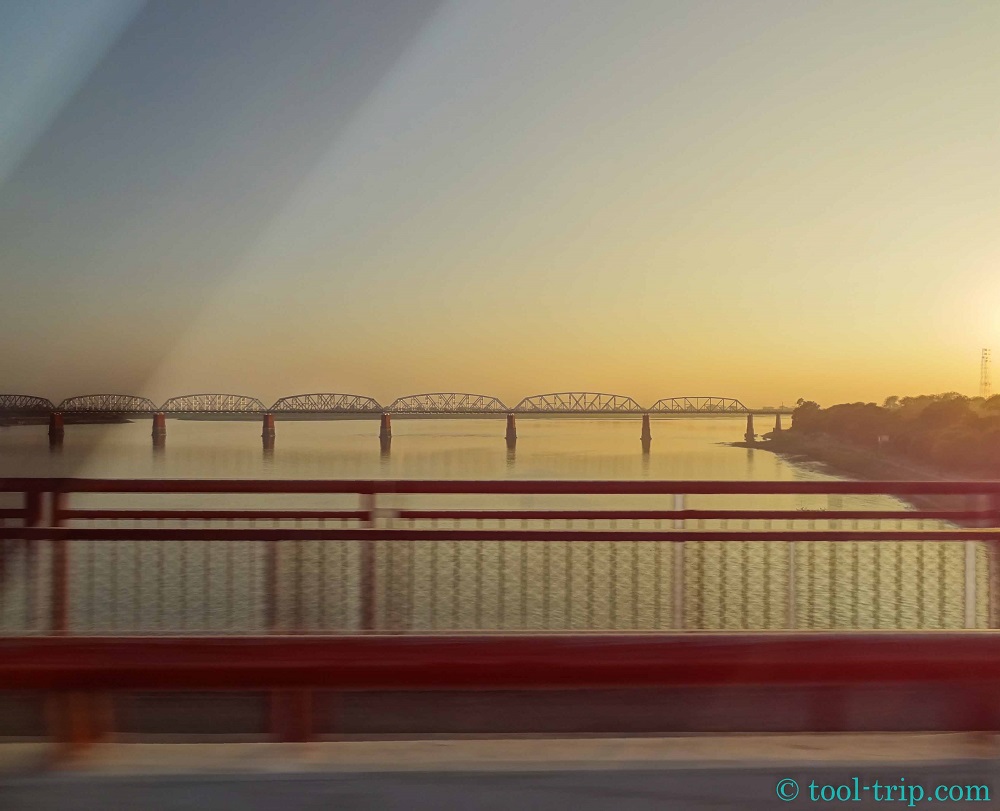 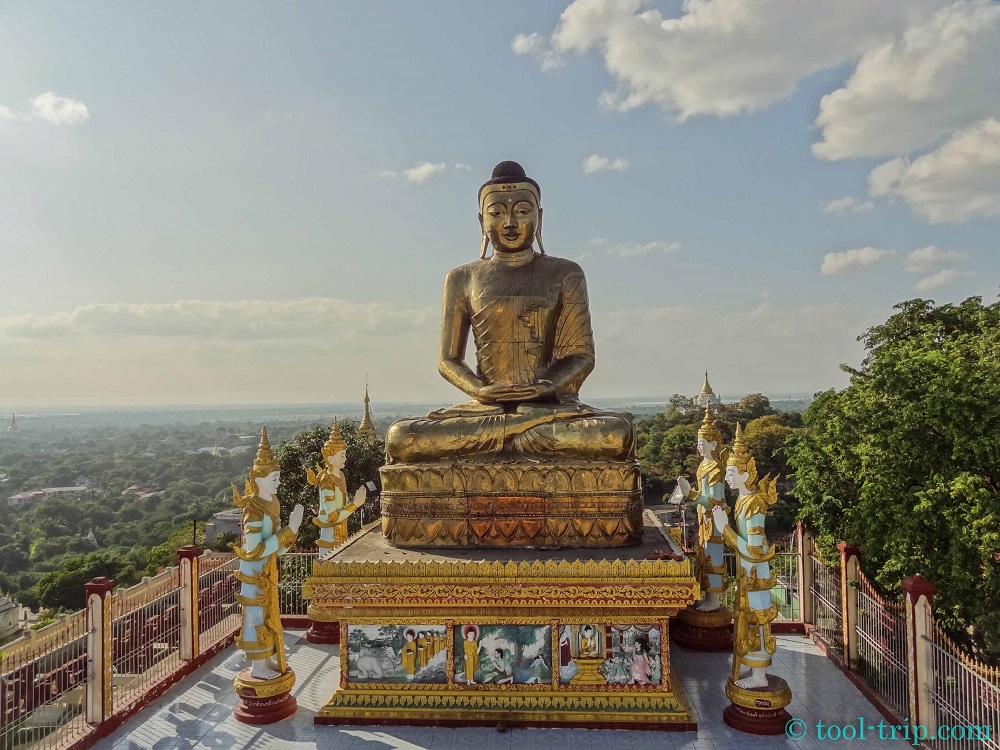 We decided to visit some more pagodas because we just hadn’t seen enough already!!!! (sarcasm…)

Our first pagoda stop was great. Well not the pagoda, but the hospitality of the lovely head monk. 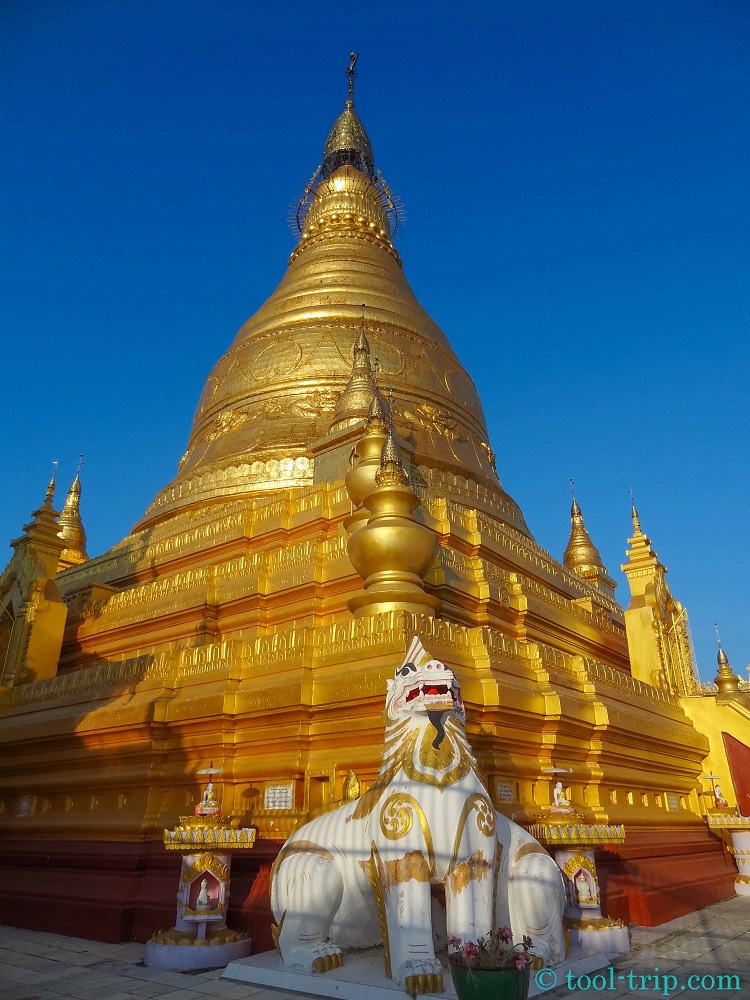 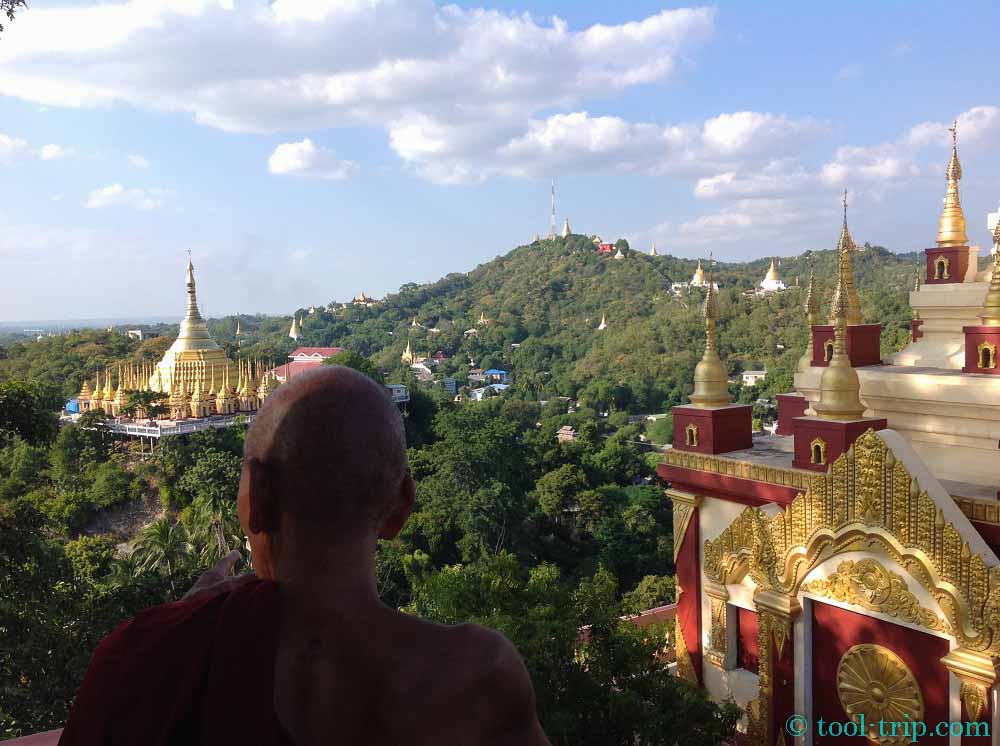 Our new friend and storyteller showing us the views of Sagaing

He must have been in his 80s. He showed us all the viewpoints around ‘his place’ and he was so interesting. He didn’t want us to leave so he invited us for coffee, biscuits, bananas; he gave us bottles of water to leave with and then gave me a box of tissues because he could tell I still had a cold. So sweet. He showed us his photograph album and we wrote a little note in his book thanking him for his kindness. He then directed us to the more famous Soon U Ponya Shin Pagoda which, again, was a very pretty pagoda with great views. Whilst driving around the area you really appreciate how religious the whole place was. Monastery after monastery, religious universities, temples and pagodas. Very impressive. 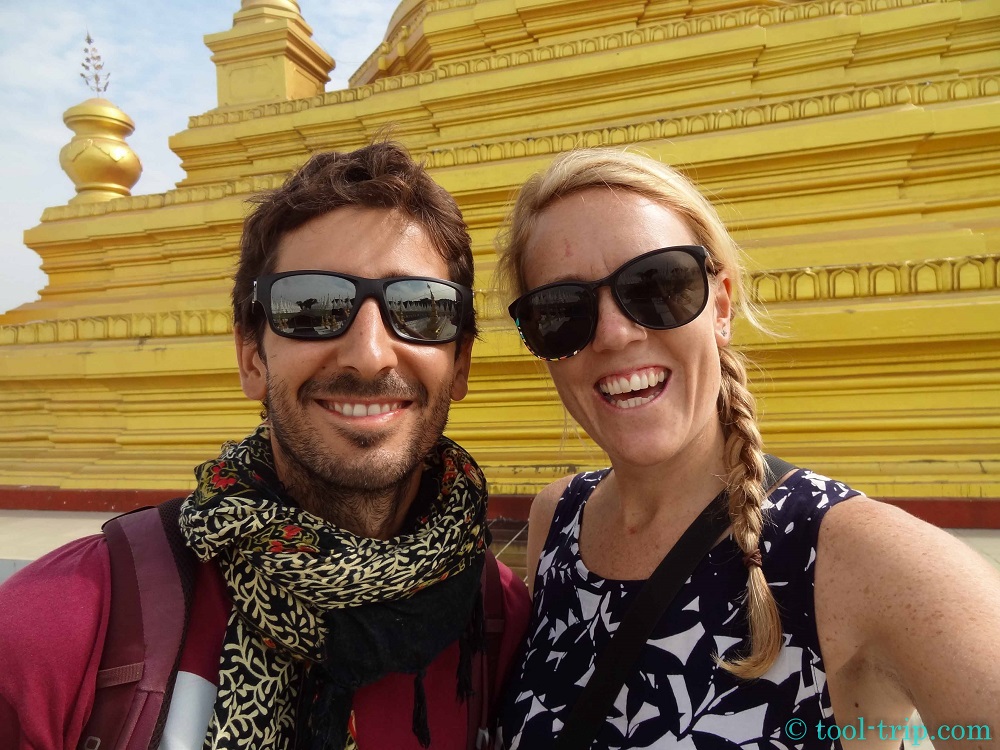 Happy to have our own private tour 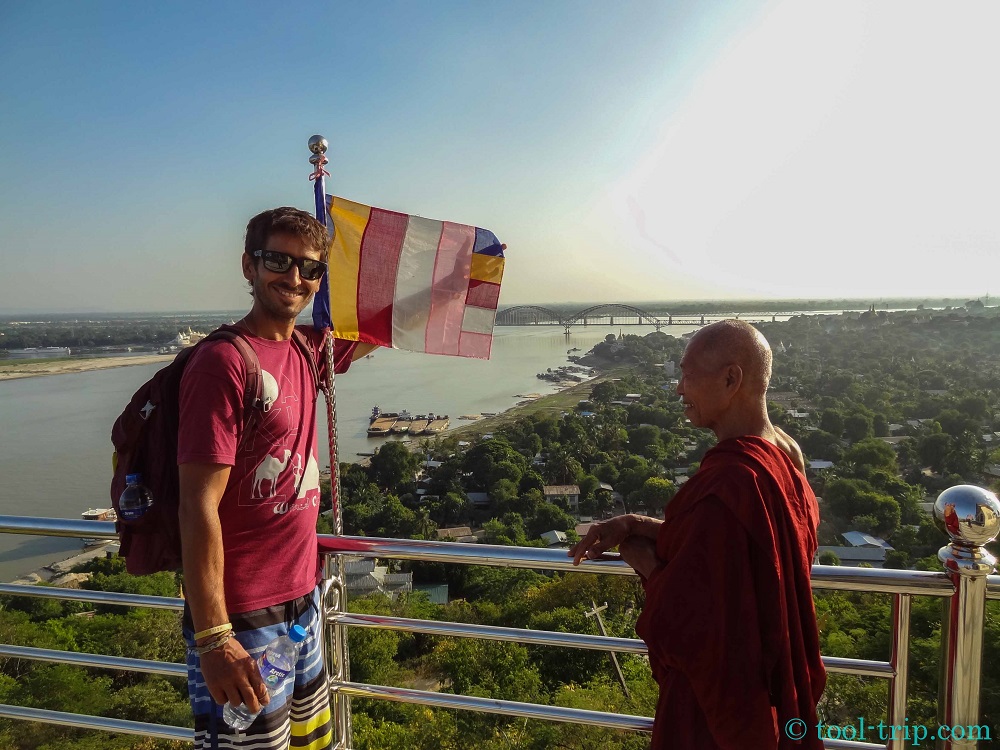 Thank you for a great visit!

Later that afternoon we left to visit the famous U-Bein Bridge in Amarapura. Apparently it’s the oldest and longest teakwood bridge in the world, crossing over the Taungthaman Lake. We arrived the backway through small villages, passing weaving factories jammed full of workers. The noise the machines made was crazy. Illegal I’m sure in the west. We arrived at the bridge to quite a sight. A sight of 1000s of tourists! On the bridge, under the bridge, on boats on the water – everywhere!

You imagine it to be touristy, but when you see the photos of the bridge at sunset in all the books, they definitely closed the bridge off and told the monks to walk over just to get the photos! A little disappointed we stayed and watched the crowds. It was rather enjoyable actually. As usual 30 minutes after the sun had gone down or a main event has finished in Myanmar – There’s no one. We got to walk half way across and back before it got really dark. We bumped into some friends on the bridge and arranged to meet them later for a drink in the city.

Such a welcoming and generous city 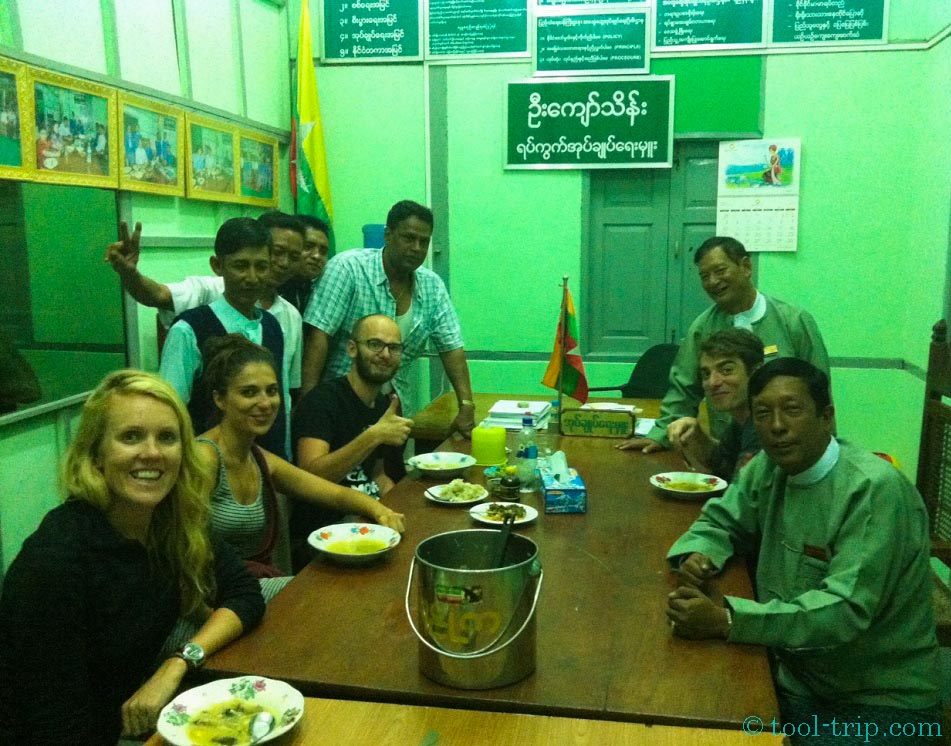 Our first evening in Mandalay was fun. We met up with our friends and headed out for drink. On the way we were invited to a school’s fundraising event where we were given free food by the head of the townships education department. It was rather bizarre but they were so friendly and it was a laugh. Unfortunately we had already eaten and were so full. We didn’t want to be rude so we were trying to eat as much as we could. 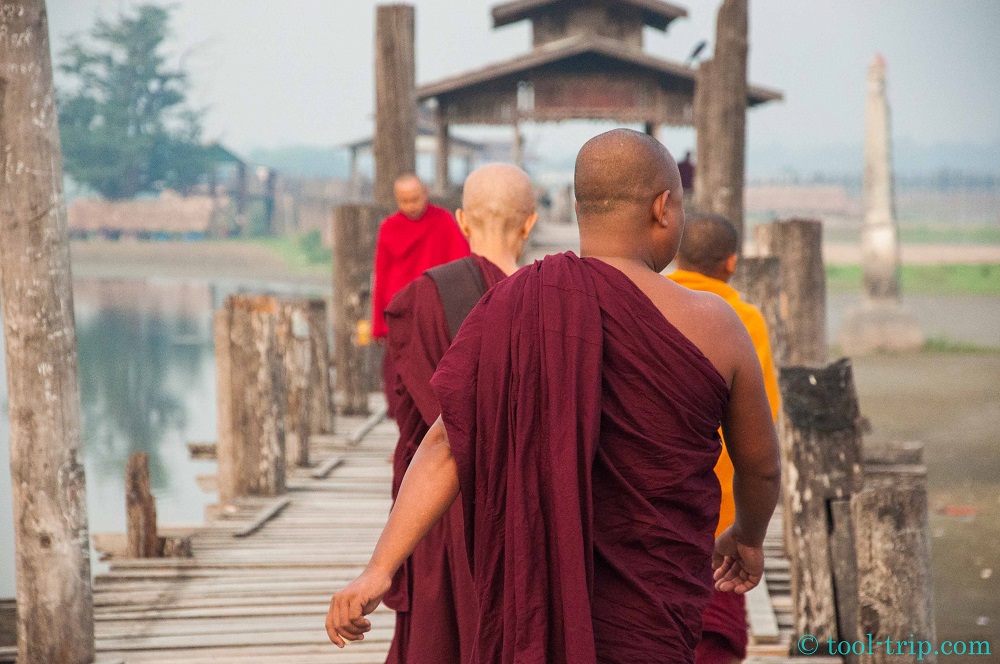 For our final day in Mandalay we continued to explore the city and surroundings on scooter. We were super motivated and decided to try the U-Bein bridge at sunrise hoping there would be less people.

We arrived just in time and there was NO ONE. Wahoooo! No one except farmers ploughing the fields and a few monks walking across the bridge. Peaceful and beautiful. 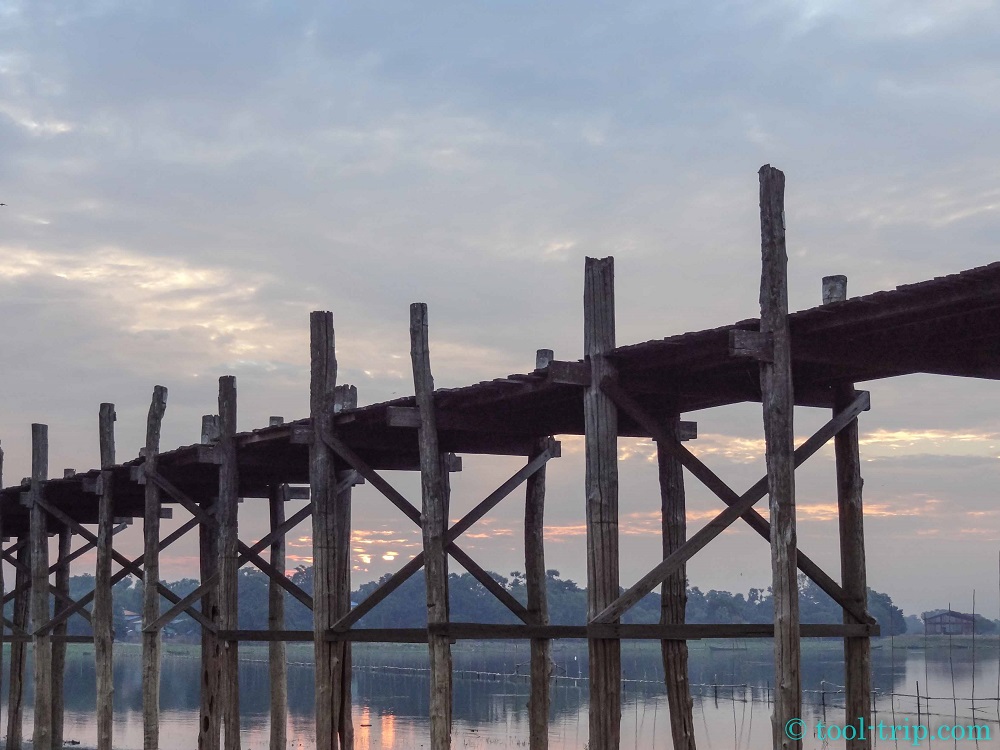 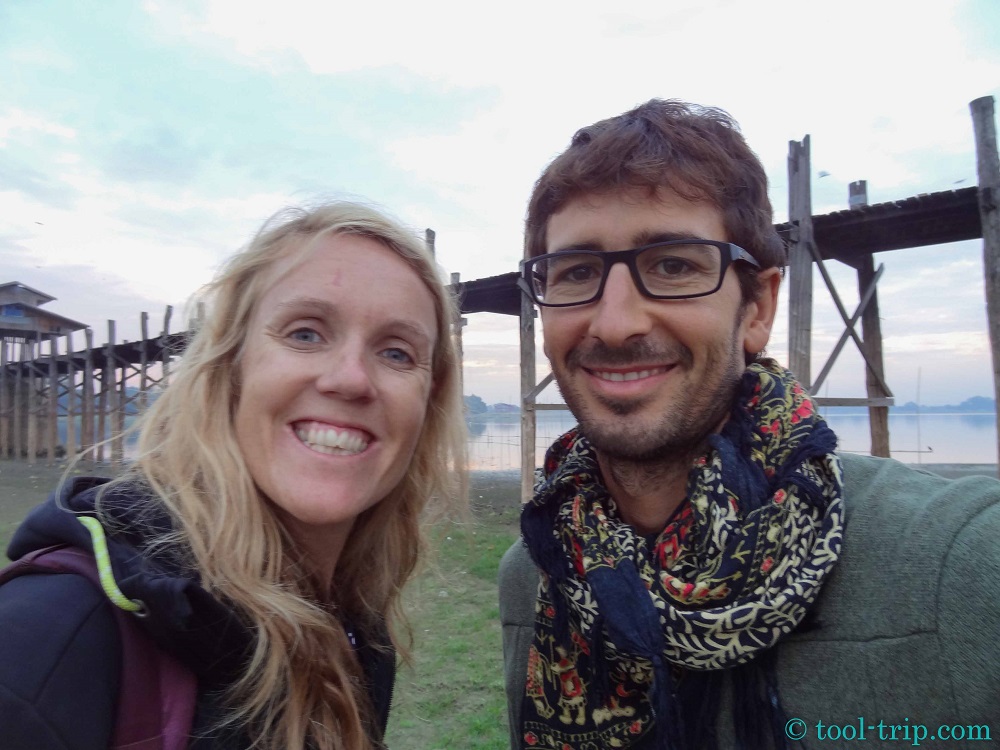 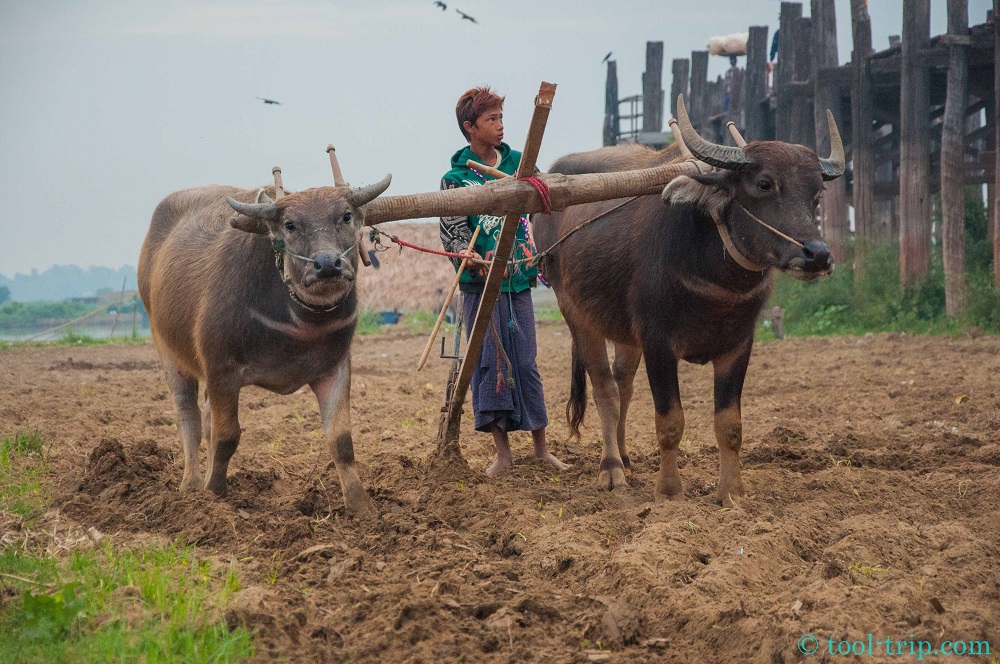 Following a great start to the morning we returned to the city for our breakfast at the hostel. We then continued scootering around the city, the palace walls and visiting the two famous pagodas in the north east of the city, one with 1700 white stupas! 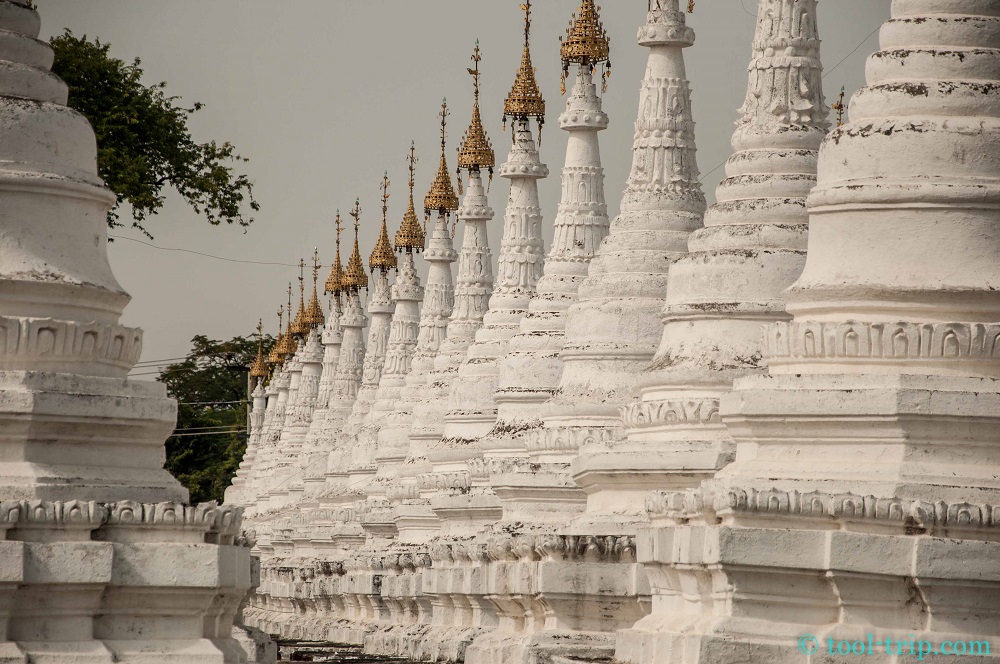 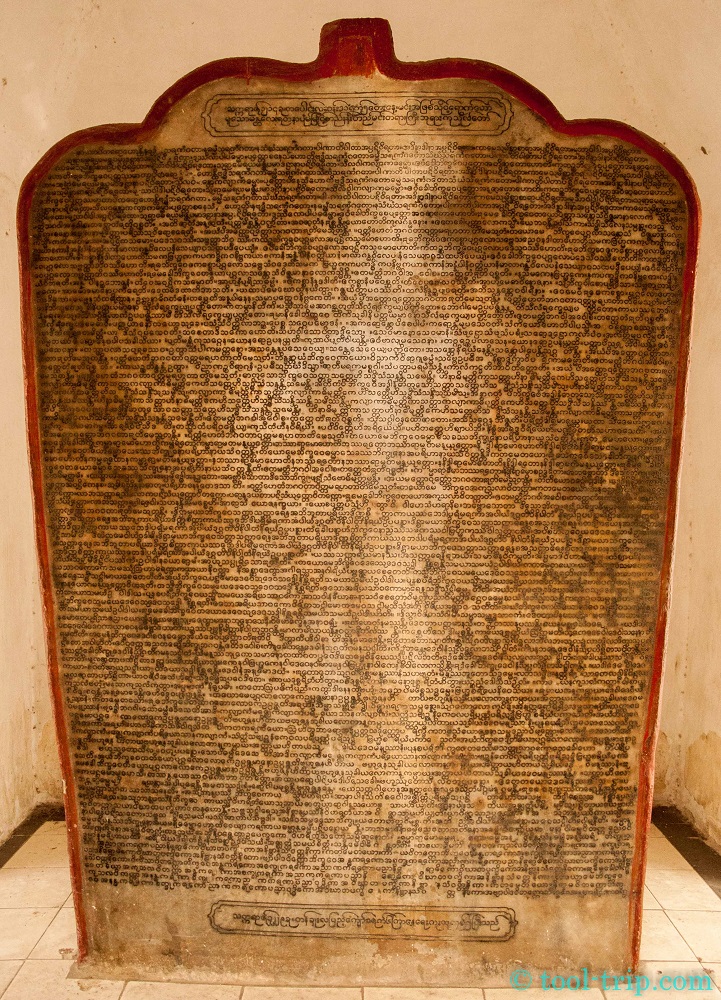 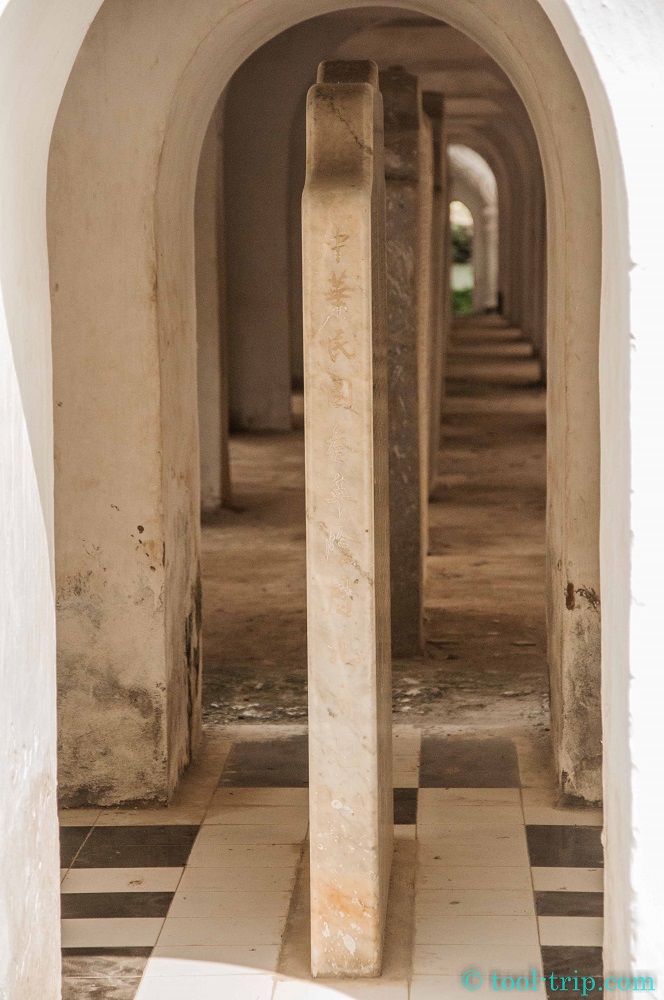 We then decided to head out to another town, Inwa, another previous capital of Myanmar. Inwa is famous for its ruins of city walls, monasteries and temples. The area had been abandoned after serious earthquakes in the early 1800s. For us it felt like a miniscule version of Bagan, Pagodas and temple ruins covering quite a big area, just without the panoramic view, hot air balloons and a $20 fee. 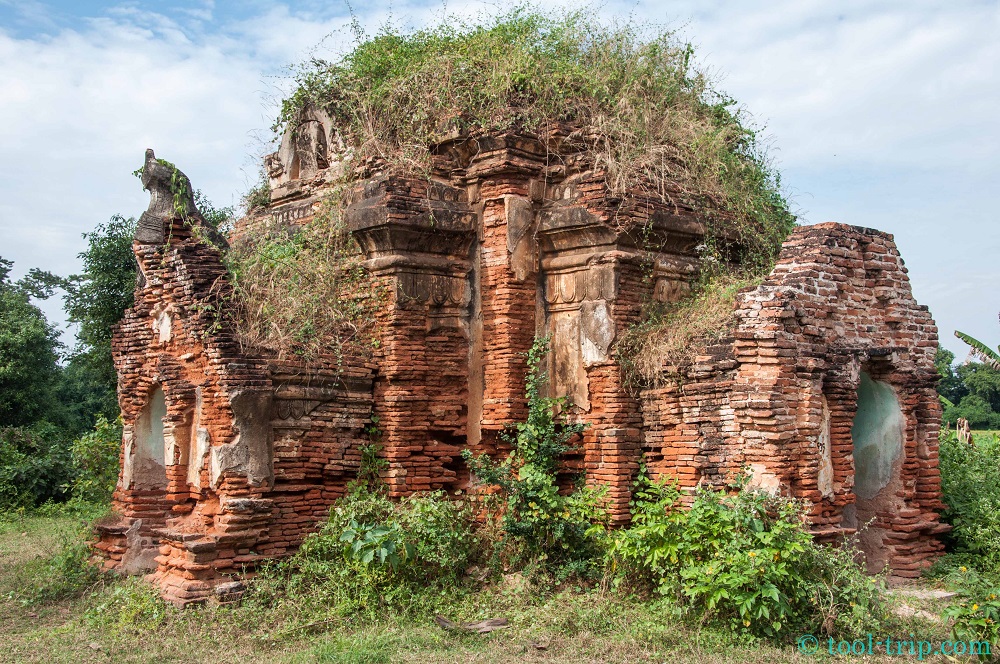 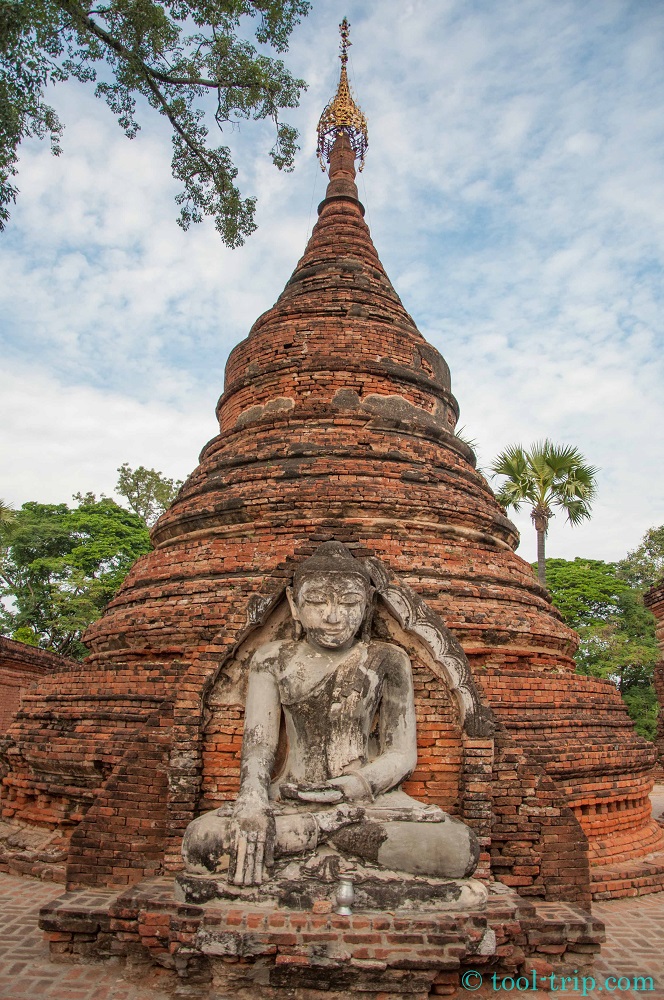 We enjoyed our afternoon and the area was beautiful. Normally tourists arrive by boat across a small river. They then transfer to a horse and cart and explore the countryside and ruins that way. We were the only ones doing it on scooter on our own. It was great fun but tiredness was kicking in after days and days of on the go. 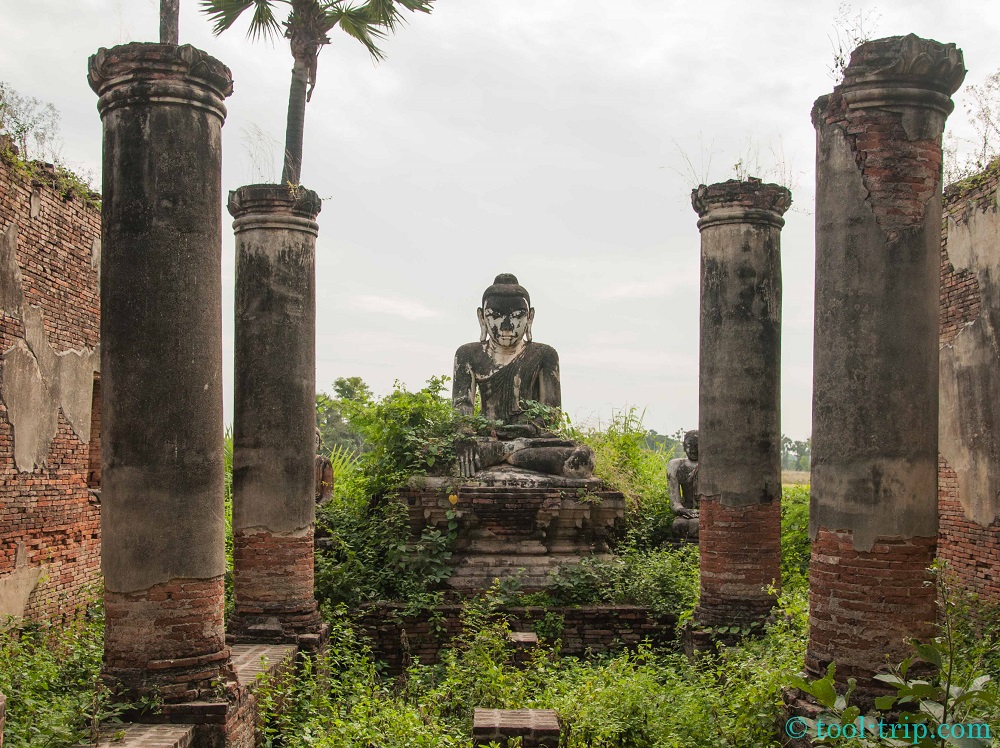 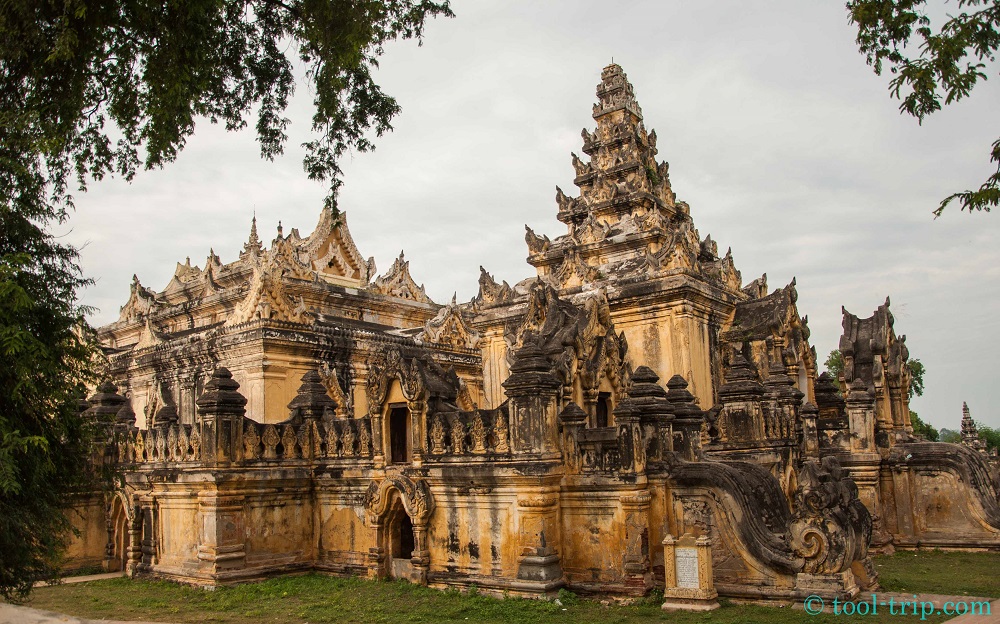 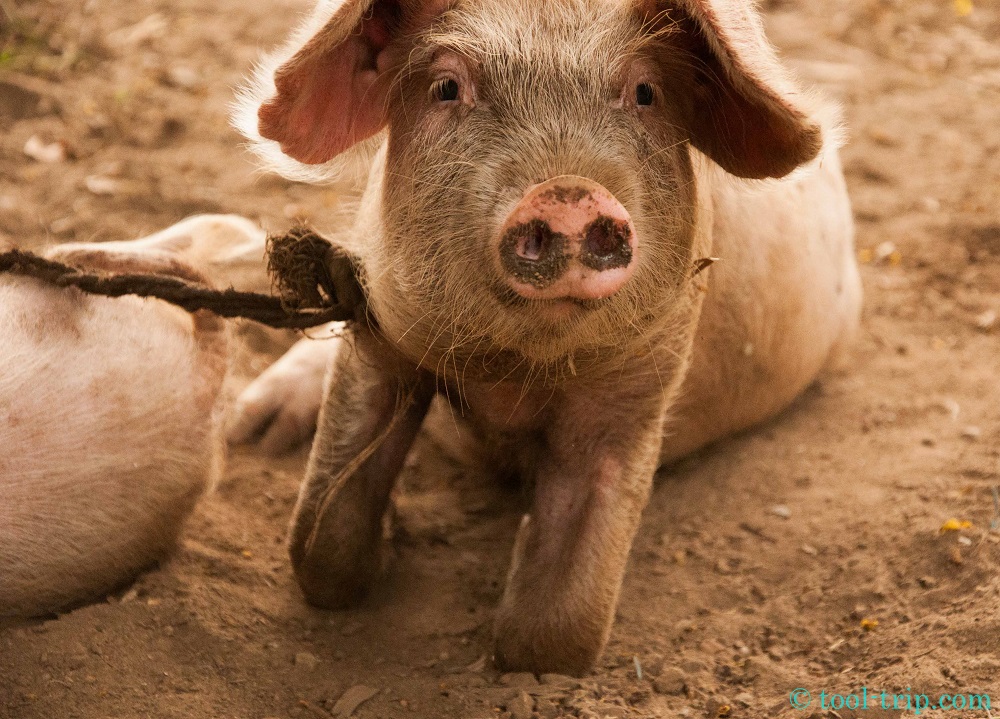 We really enjoyed our time in Mandalay. The people were so friendly, it felt clean and safe and there were lots of things to see and do. Not what we had expected after all the reviews from other travellers – A nice surprise.

We personally would definitely recommend combining Sagaing and Inwe together as a trip otherwise it’s a lot of kilometres to cover going back and forth on the same boring roads.

Last of the night buses

Next stop a night bus to Mawlamyine. South east of Yangon. The most uncomfortable and what felt like the longest journey ever! 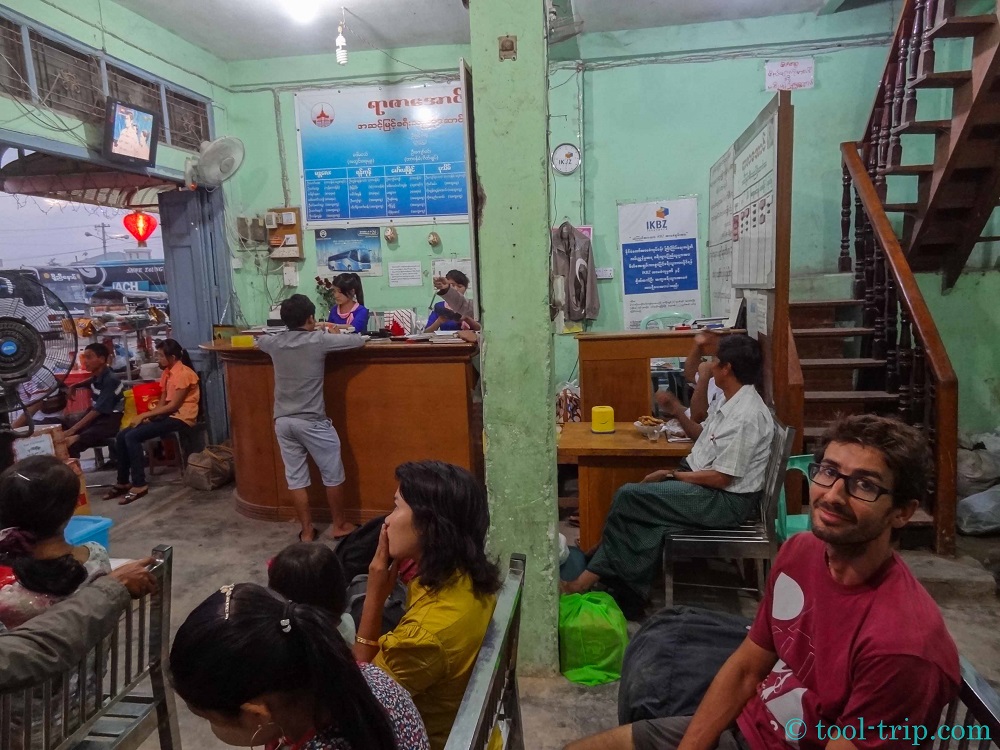 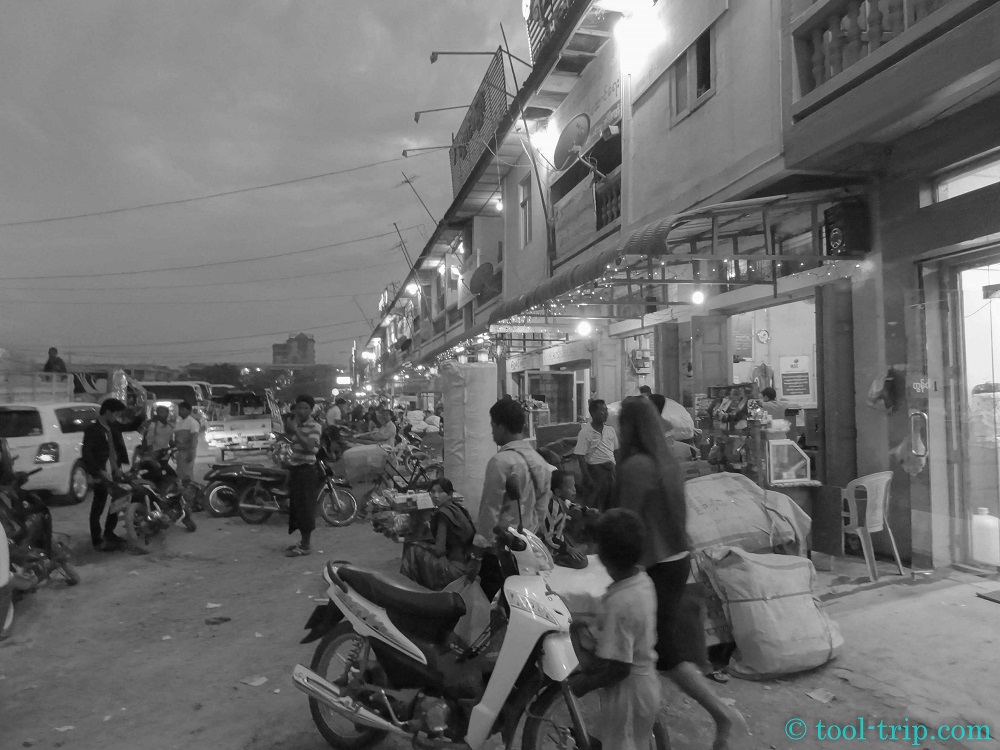 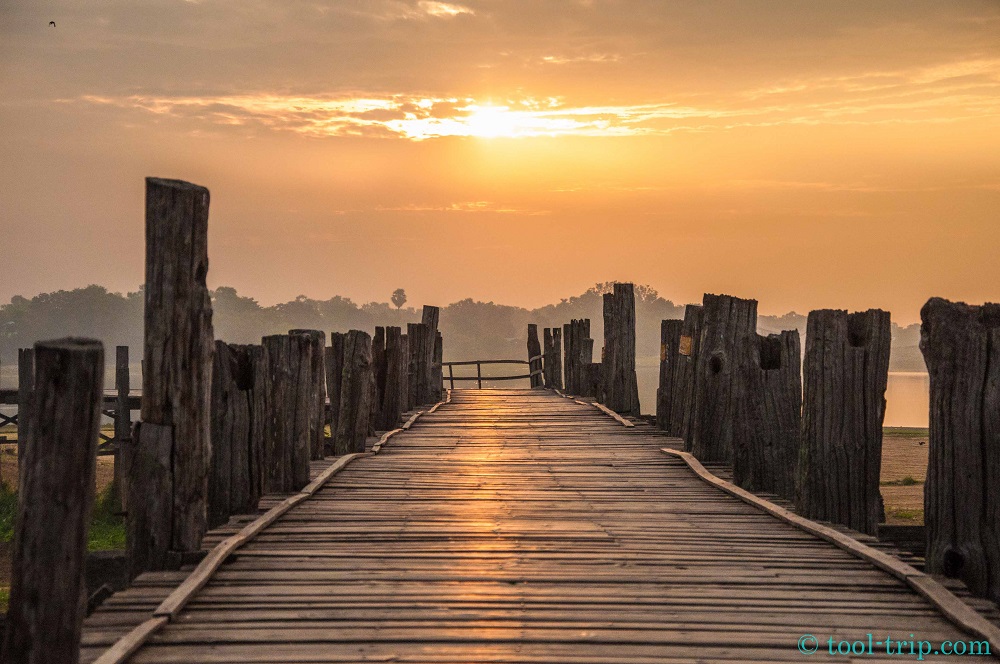