After an emotional week with lots of goodbyes, lots of tears but a lot of smiles we headed to our first destination for 2 nights: Singapore! 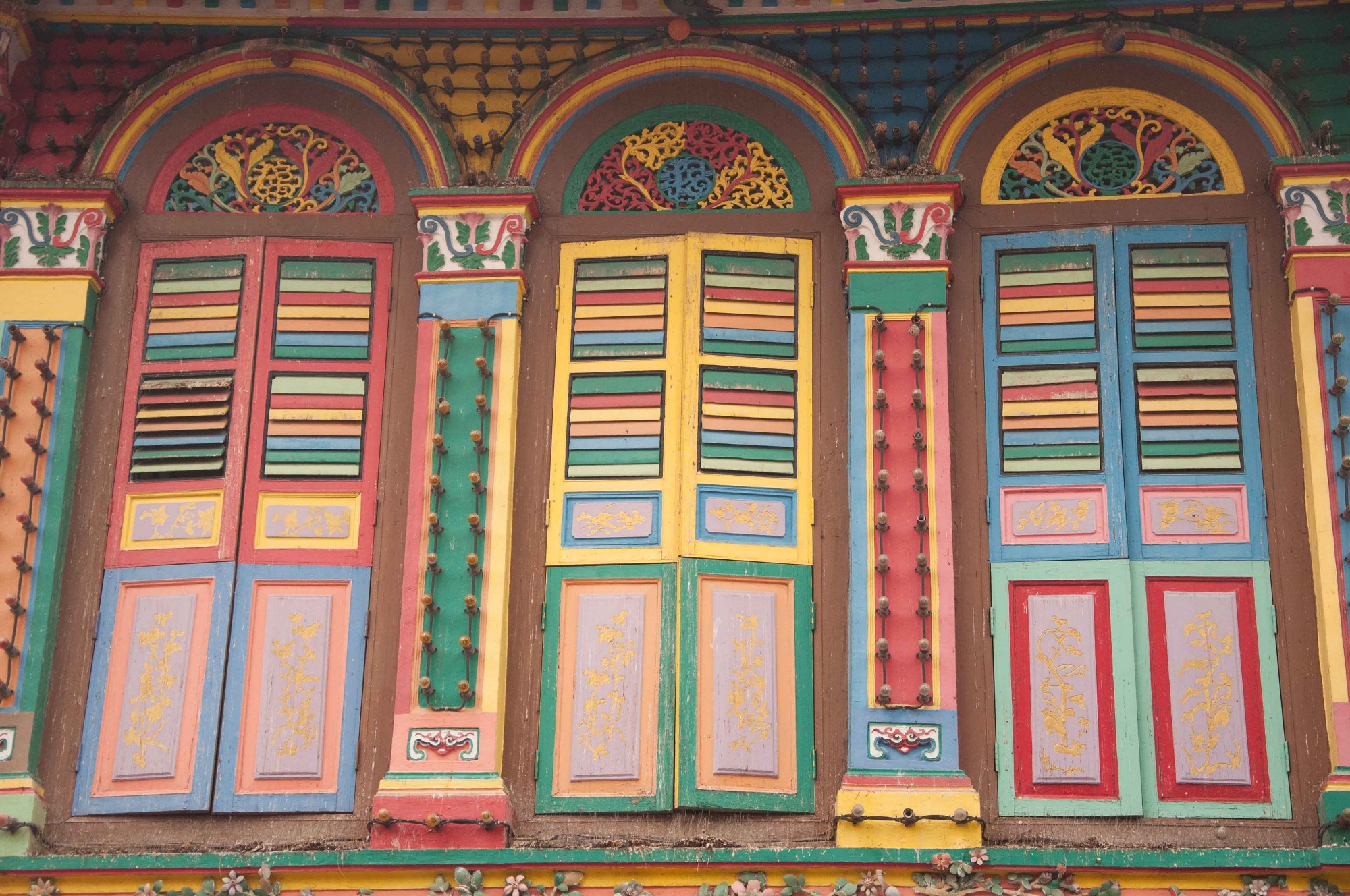 Not the best of starts though unfortunately, although I’m not going to complain! Due to fog in Dubai the incoming Emirates flight was delayed 2.5 hours. (Free dinner voucher and cake! Yes!) We were just about to make our connecting flight when the pilot decided to park in the wrong spot so we waited an hour on arrival in Dubai for a push tractor to push and pull the A380 into place! Did I mention how incredible the A380 is! No noise, no movement, loads of leg room but it felt ridiculously unnatural!! 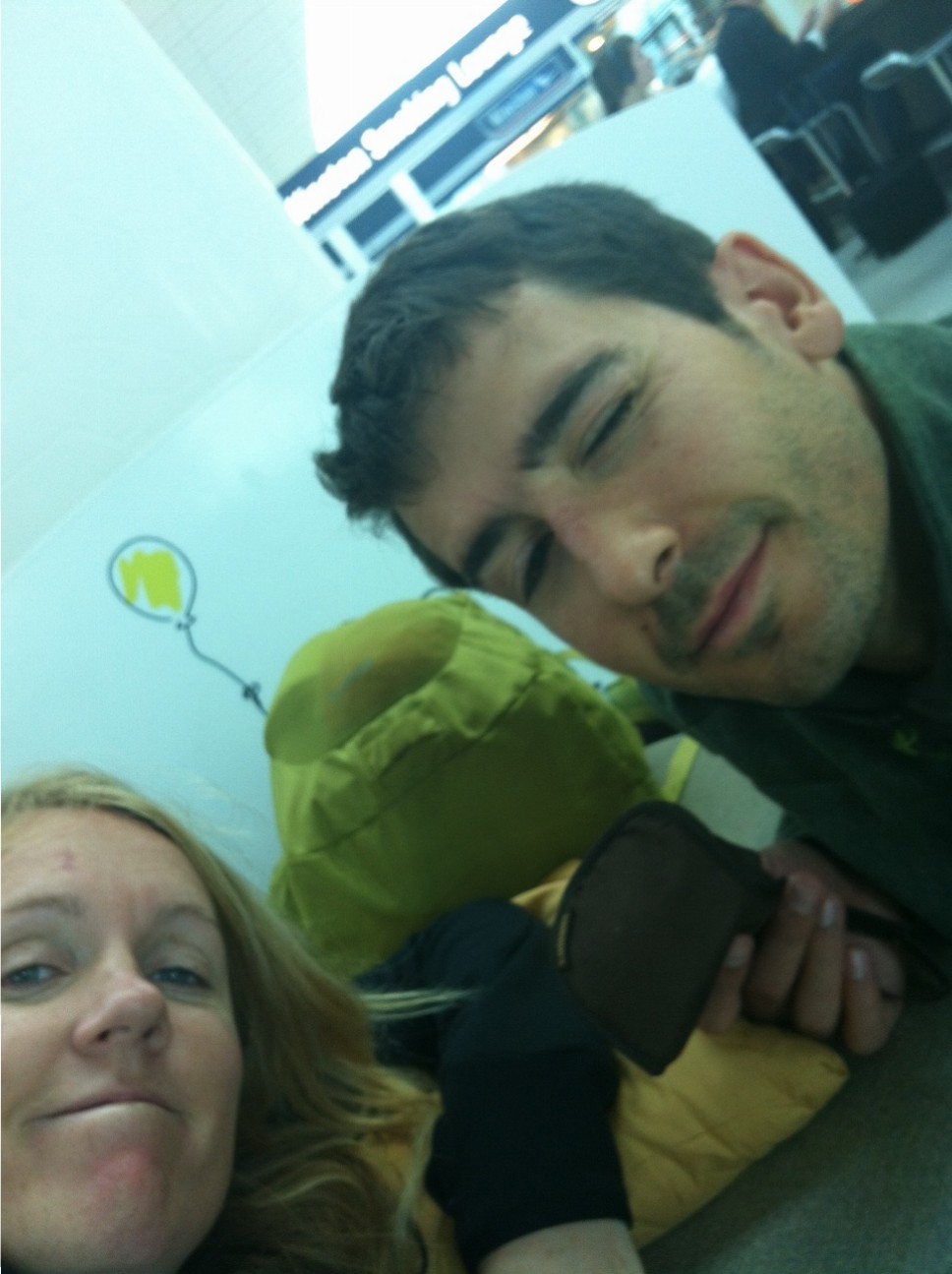 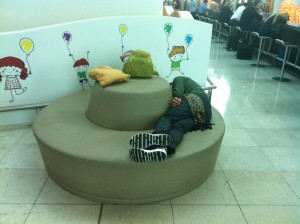 Because of the pilot’s bad parking we stayed overnight at Dubai airport. We queued for over an hour on arrival whilst emirates staff dealt with the 500 irate passengers most of who had also missed their connecting flights! We were just super happy getting free cake, fruit juice and water again – Plus a free breakfast from costa before our flight. Brilliant! Every little helps for us to save money!  Unfortunately Dubai airport isn’t one of those that calms down during the early hours of the morning and picks up about 6/7am ish. It was ridiculously busy even at 4am! It felt like Oxford Street at Christmas! – No available seats anywhere, it was really noisy and a Muezzin calling full blast at 4:45 = no sleep what so ever for us.
Eventually we boarded our flight to Singapore and arrived to torrential rain and haze but with smiles still on our faces! So a little later than expected our Singapore adventure began! 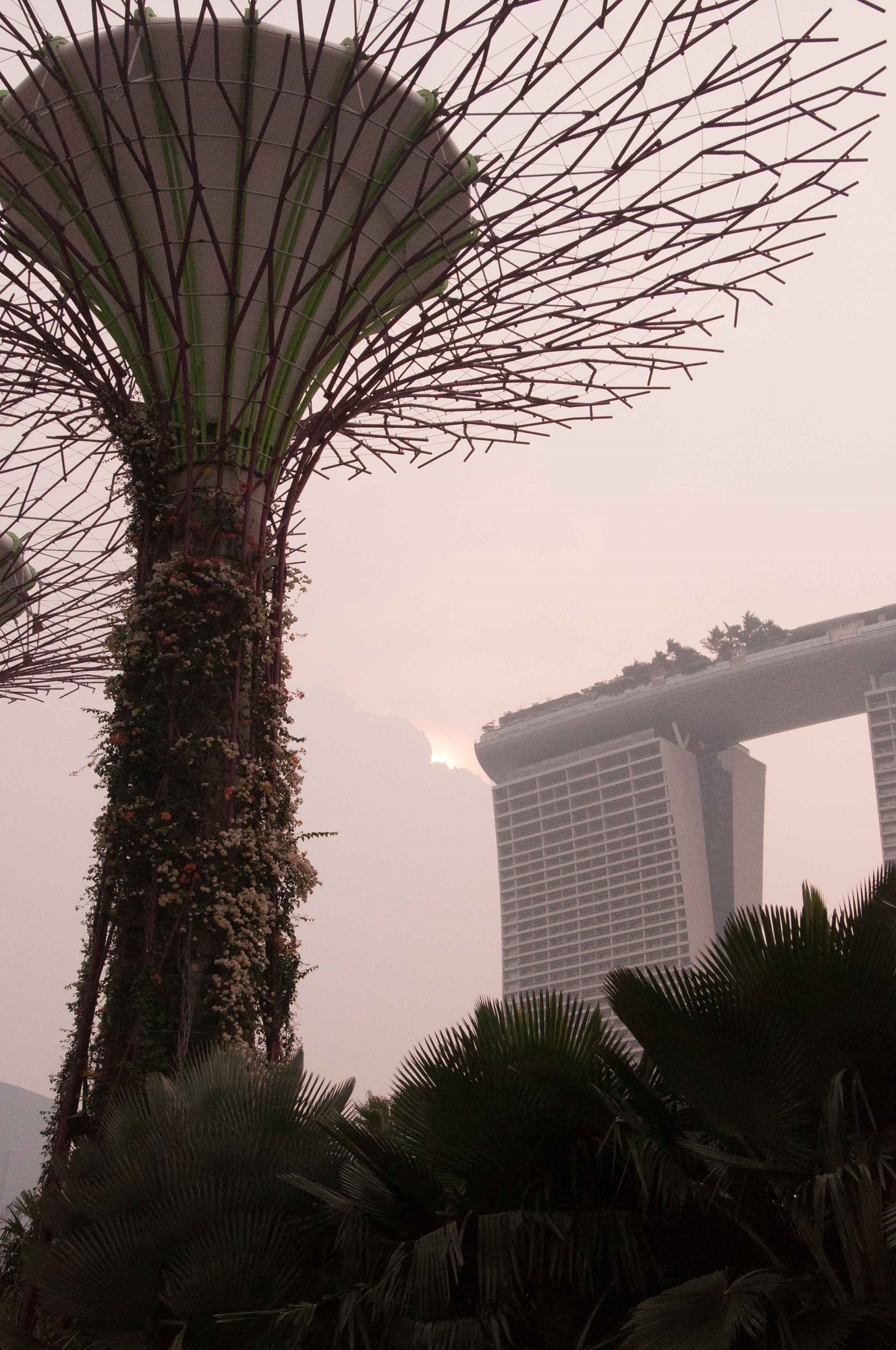 Our fav bits about the country – 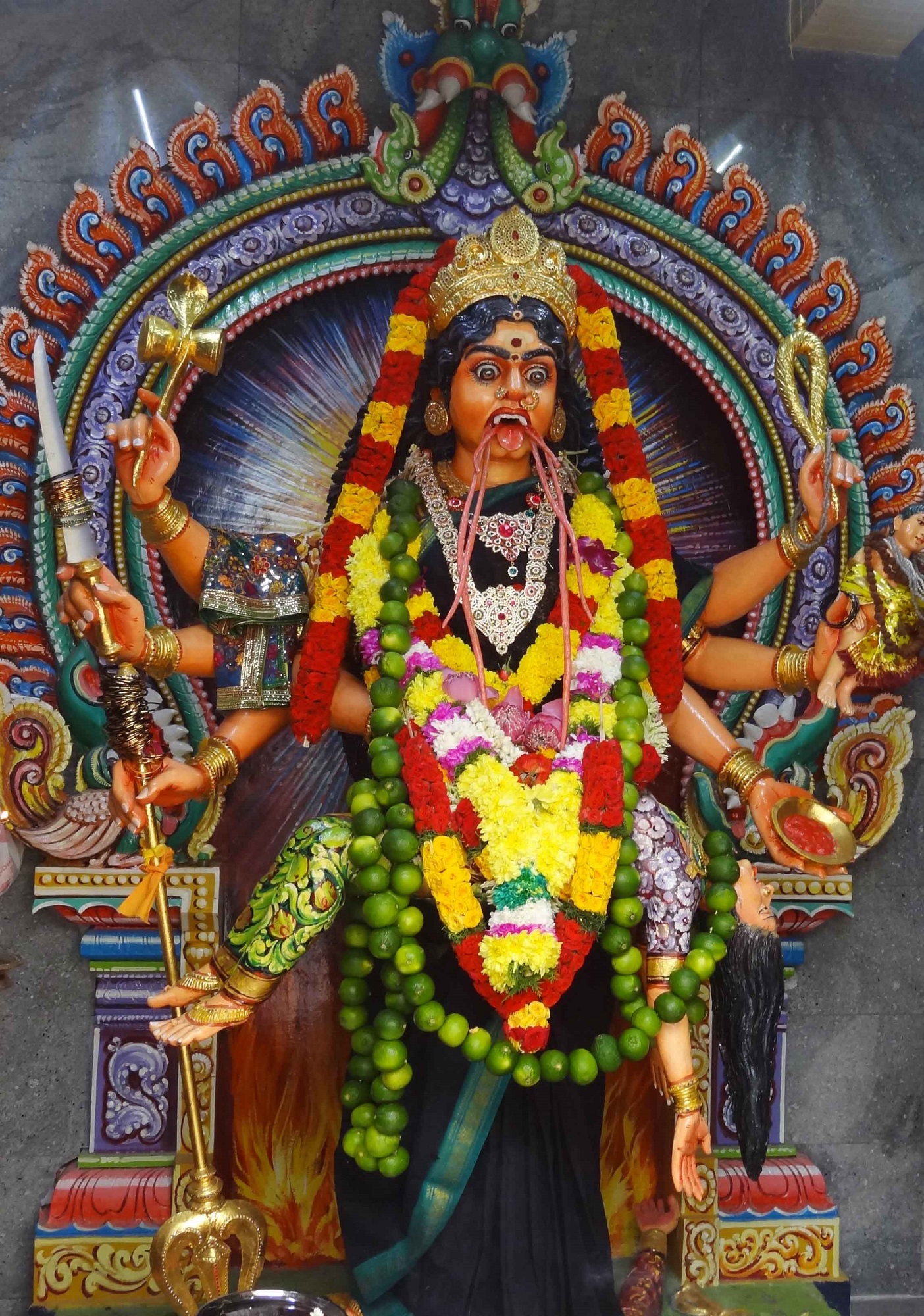 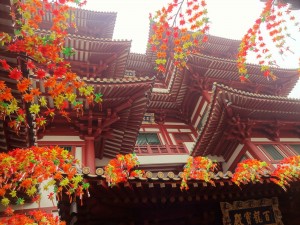 Two streets away we were invited into a mosque (my first experience!) and given a little explanation about the Coran and all its peace, love and friendship particularly with other religions. Really nice to hear until 1 minute later he complained about the bad media coverage of Muslims and said it was because of the Jews!! 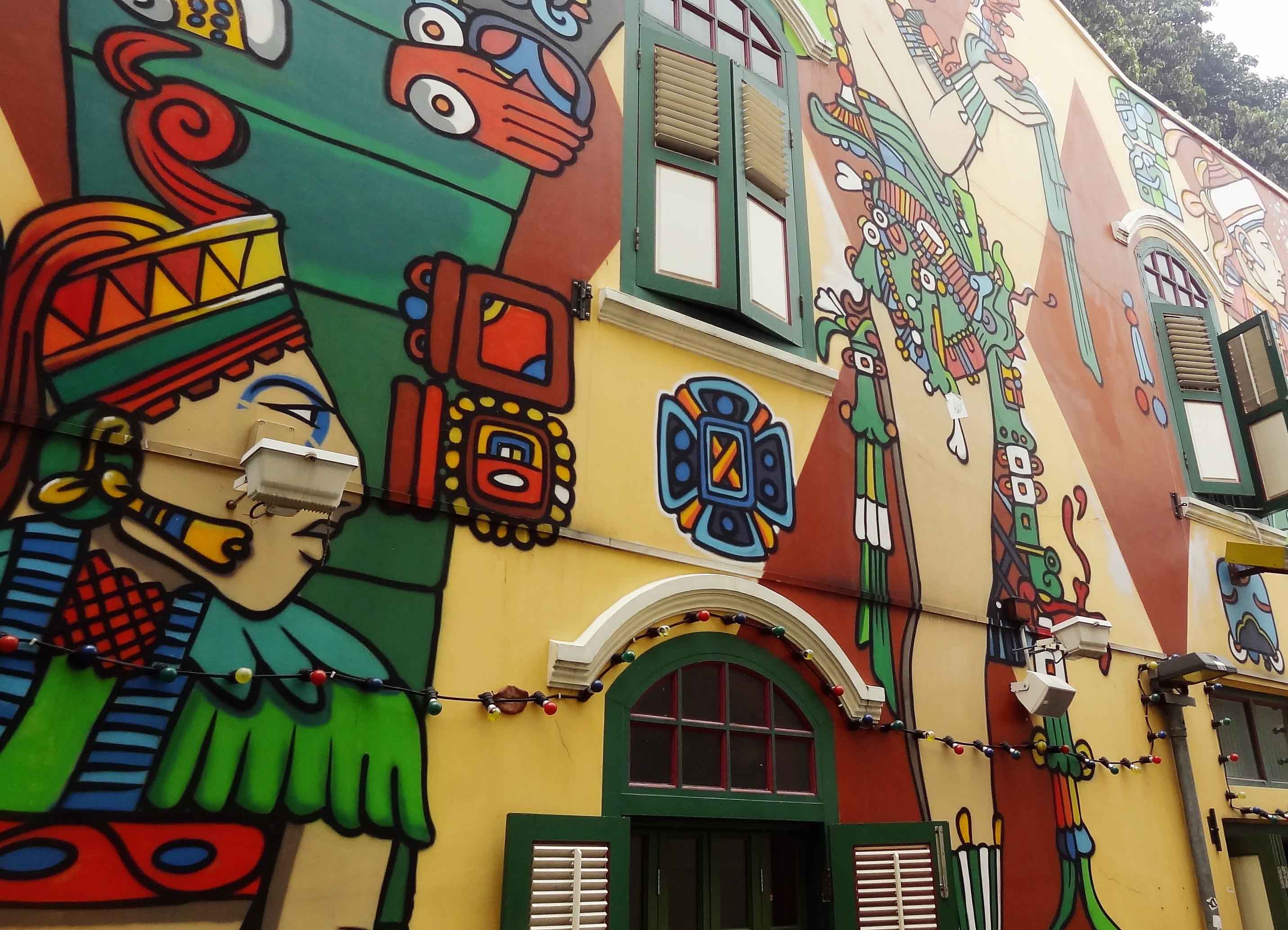 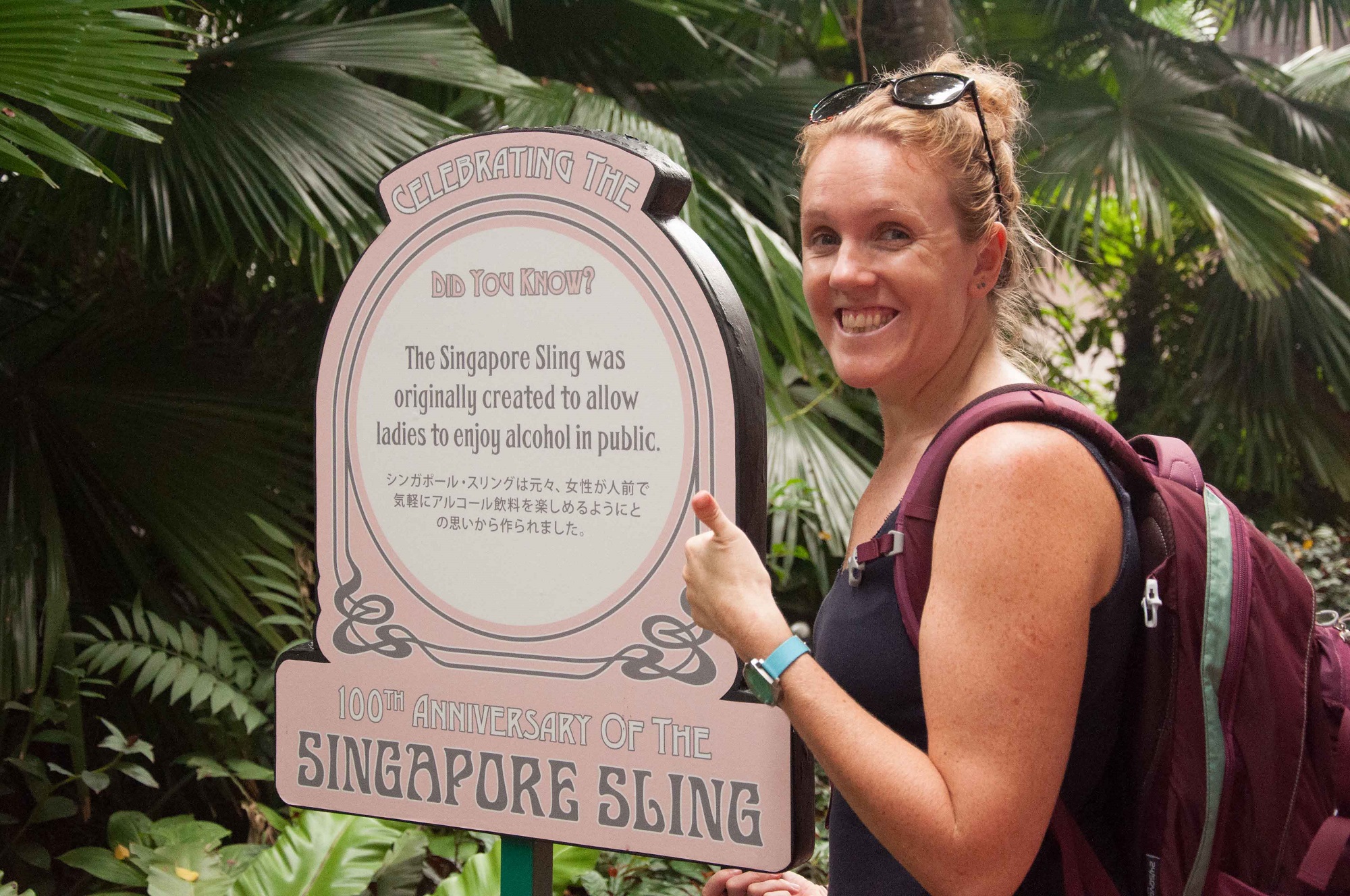 Good news but not in my budget…. 🙁 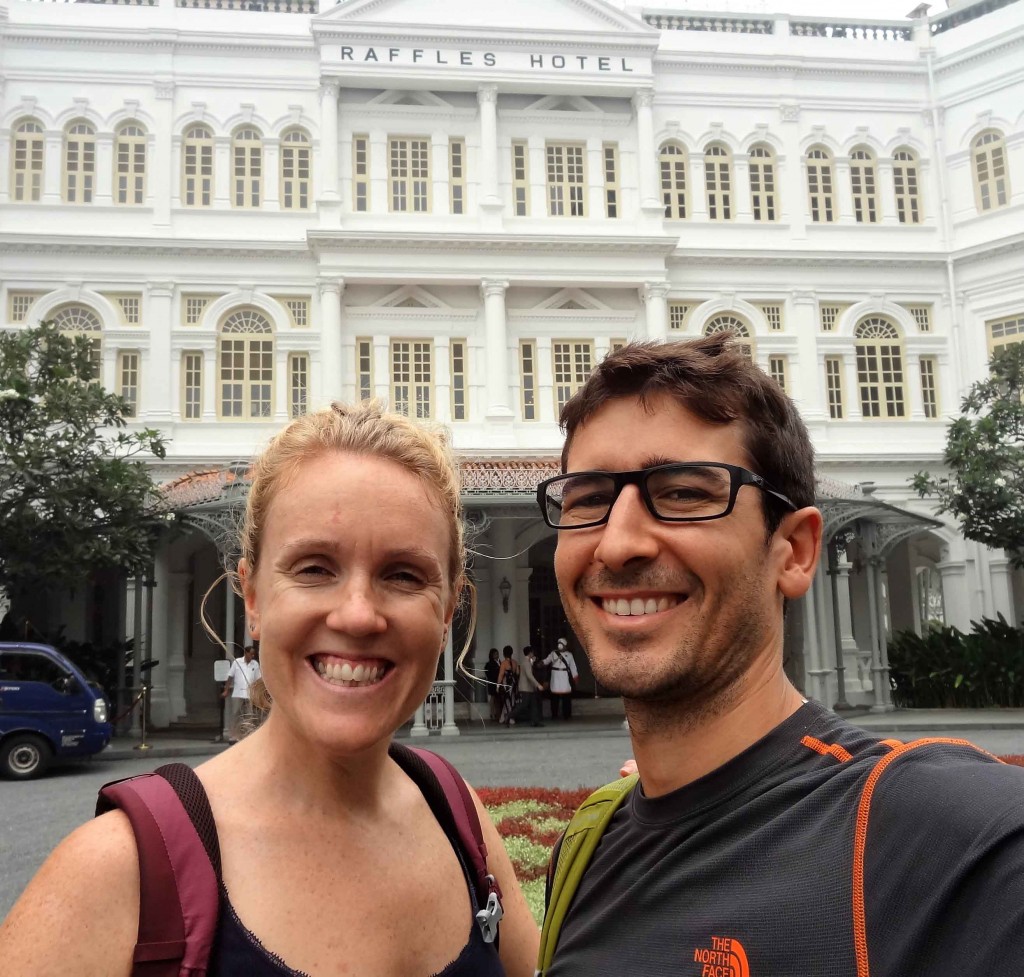 JM making friends in the Gardens by the Sea. 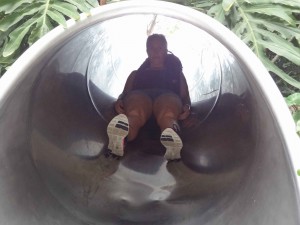 Sweated so much in the humidity i got stuck half way down the slide!! 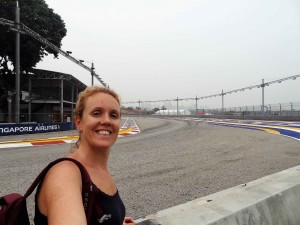 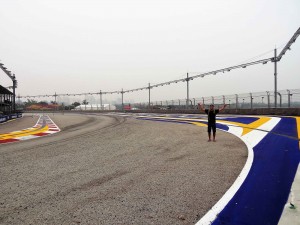 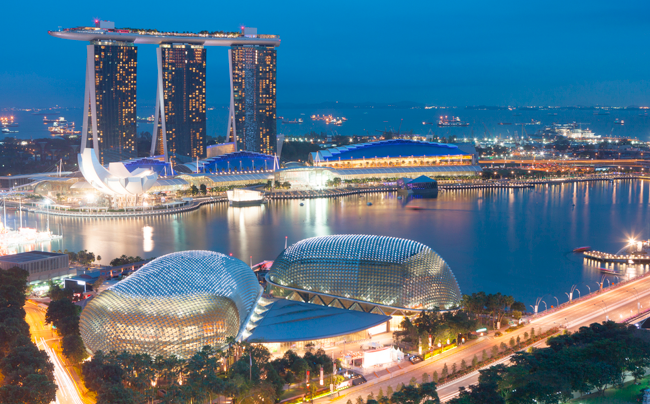 As I always say: “Everything happens for a reason!” 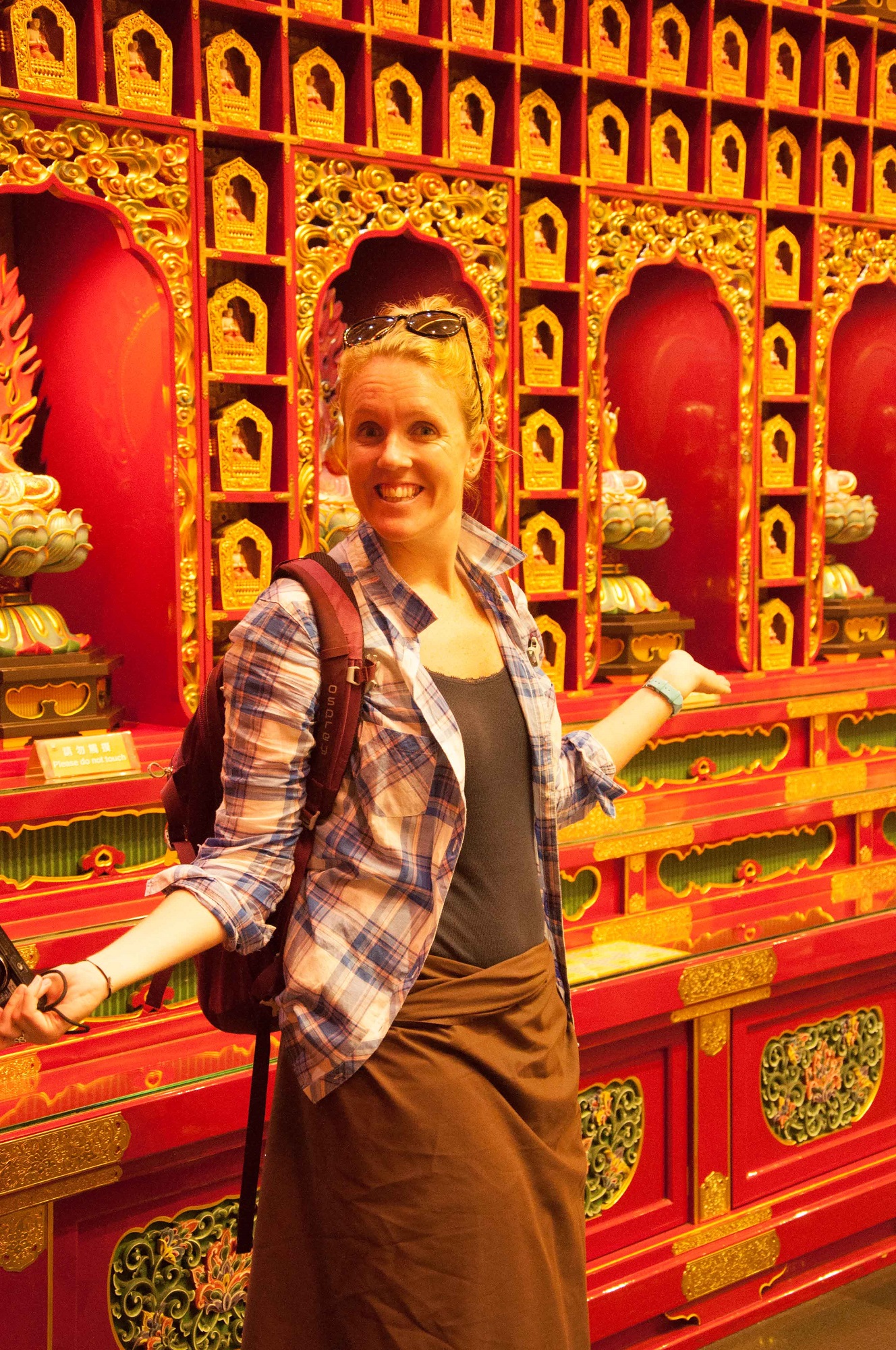 Next stop a night in Medan before heading to Bukit Lawang in the Sumatran Jungle!