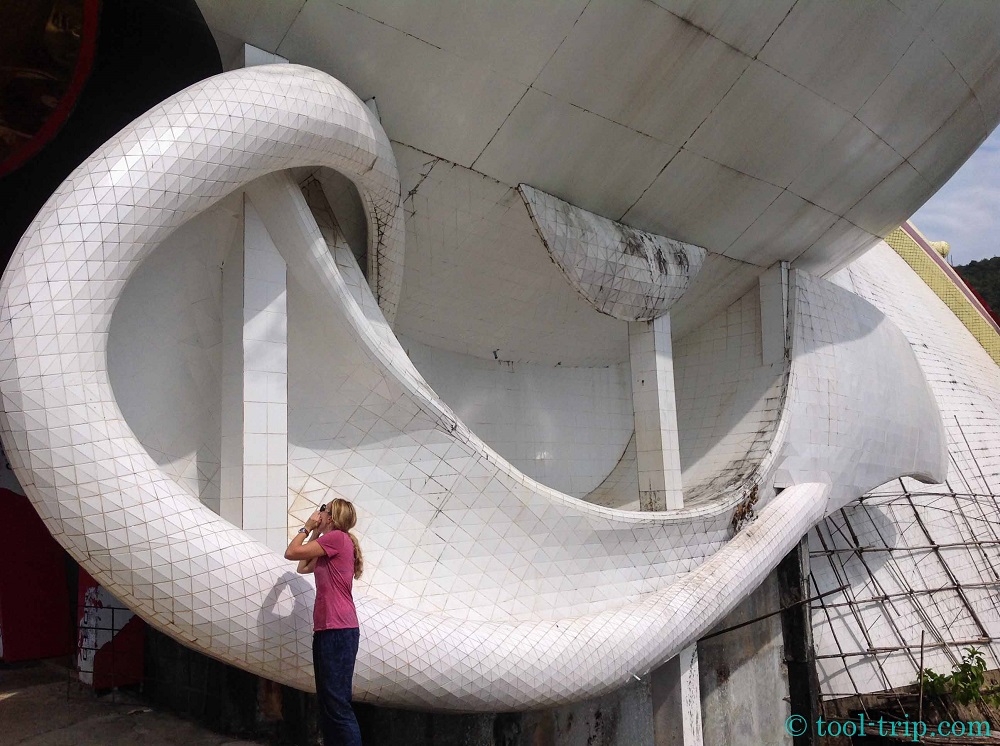 The last of the night buses

After the most, uncomfortable 8 hour overnight bus journey EVER – uncomfortable seats, rough roads and stopping every half an hour to deliver the post, we finally arrived in Mawlamyine (Moulmein) at 4:30am.

Greeted by 30 shouting taxi men who we kindly told to be quiet – we headed to the local cafe where we sat and had a coffee until everyone left us alone.

We decided to walk the 2.5km to the area in town where most of the hostels were. It was a beautiful morning and the sun was coming up. It was such a peaceful and pretty walk but such a shame we had our heavy backpacks on our back. 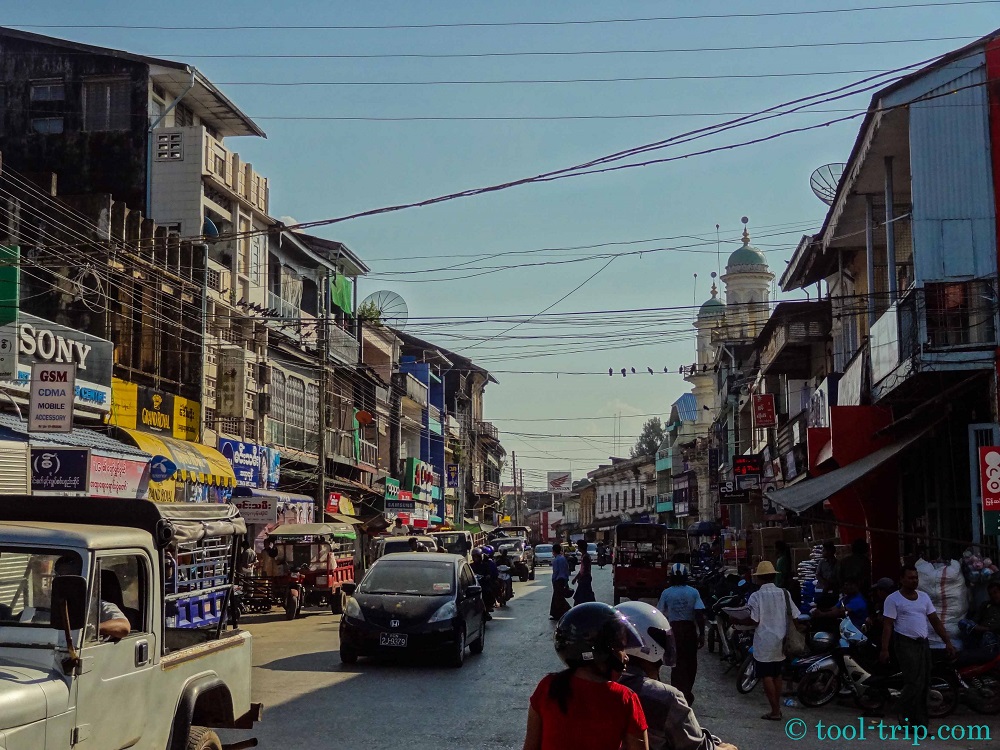 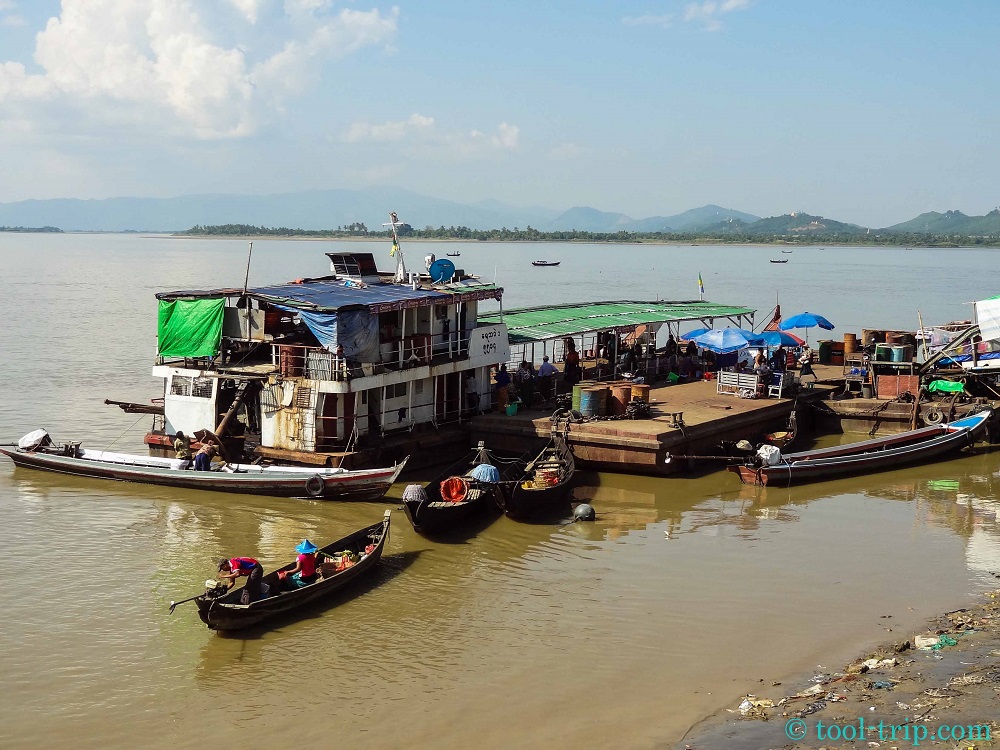 We began checking out the accommodation and were not impressed with what we would get for our money. Rat infested, prison looking, brothel type hostels did not excite us much.

We felt we needed a few days taking it easy and hoped to find a hostel that we could spend hours catching up our blog, sorting photos and just being lazy.

It took us almost all morning until we found a small, brand new guesthouse that looked perfect to stay in for a few days. A little expensive, we managed to negociate and ended up spending 3 nights there.

There isn’t much to Mawlamyine itself. A very cosmopolitan, ex colonial town with a mix of people from all different Asian countries and religions. 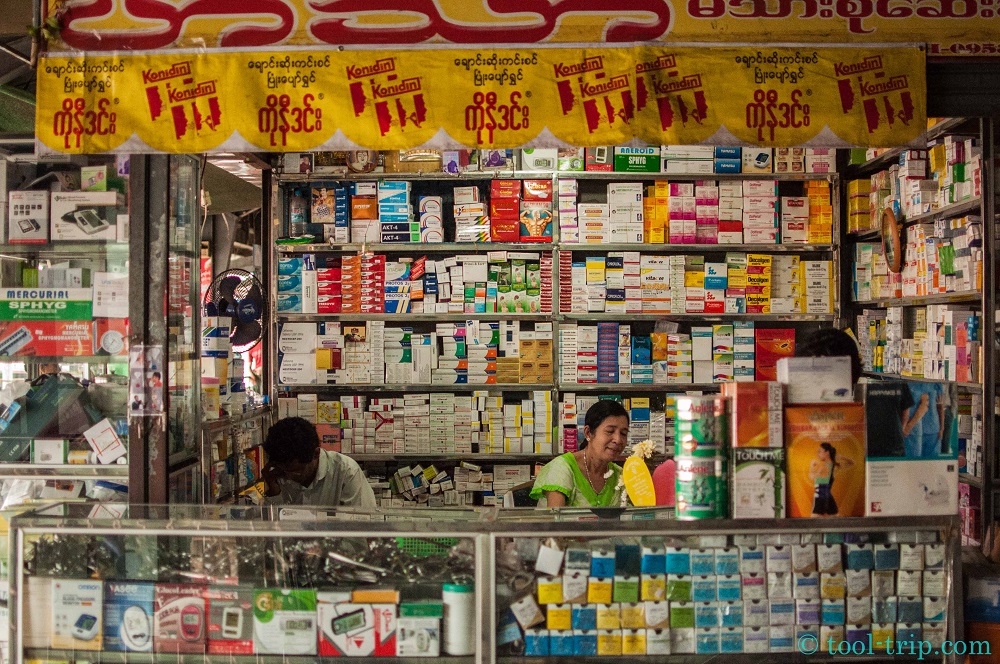 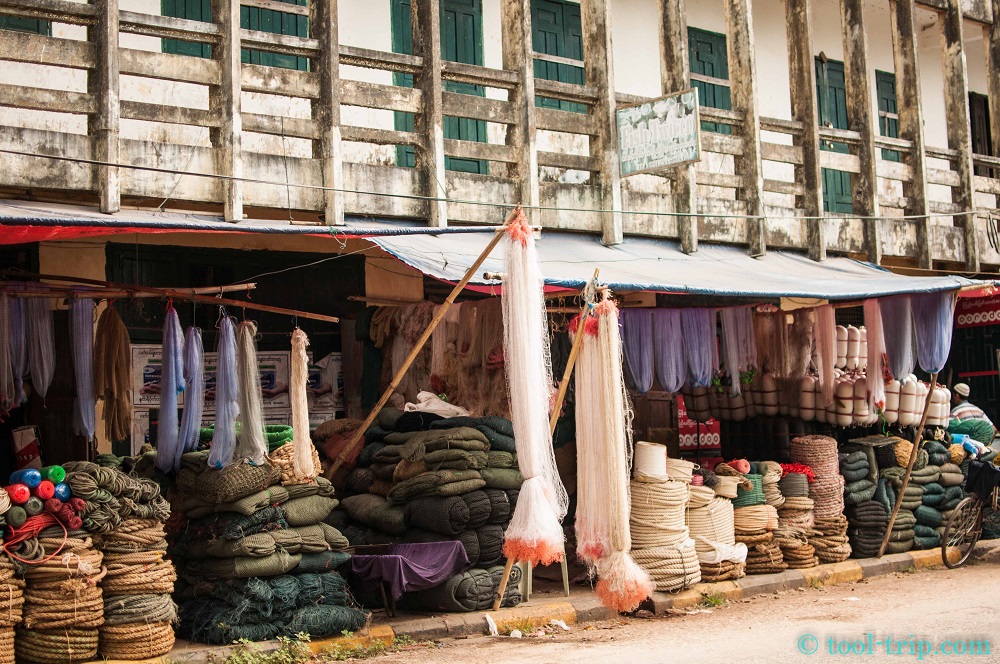 Time out to reflex and catch up

We spent the first day and a half doing nothing except walking along the river, visiting the town centre a few times, sorting out our 1000s of photos, napping and watching a few films. 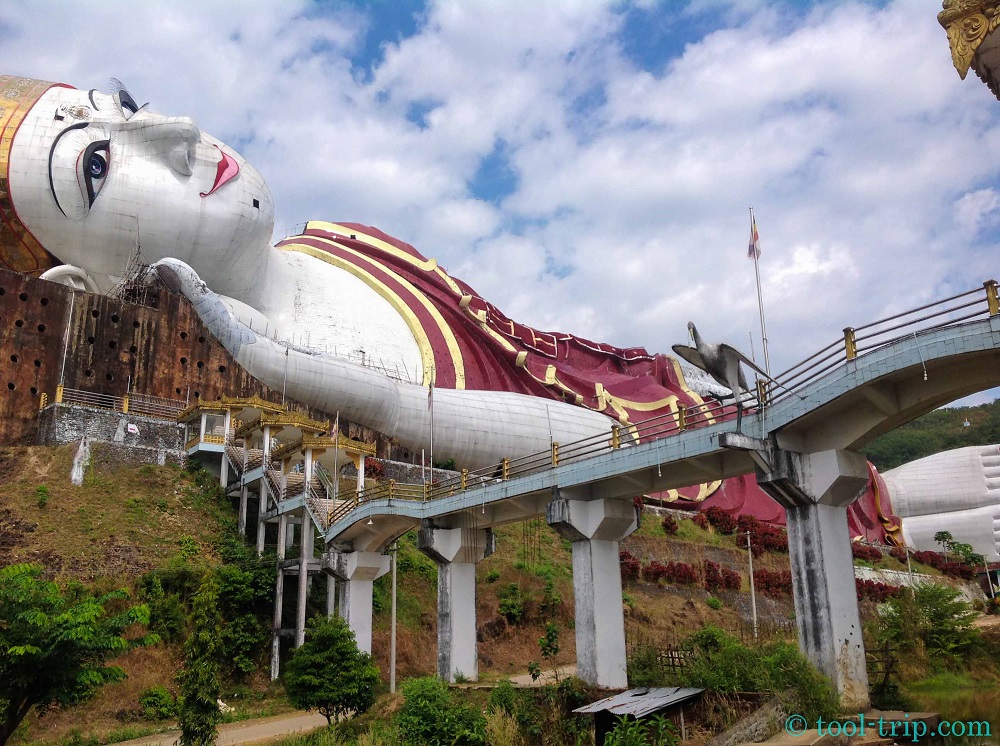 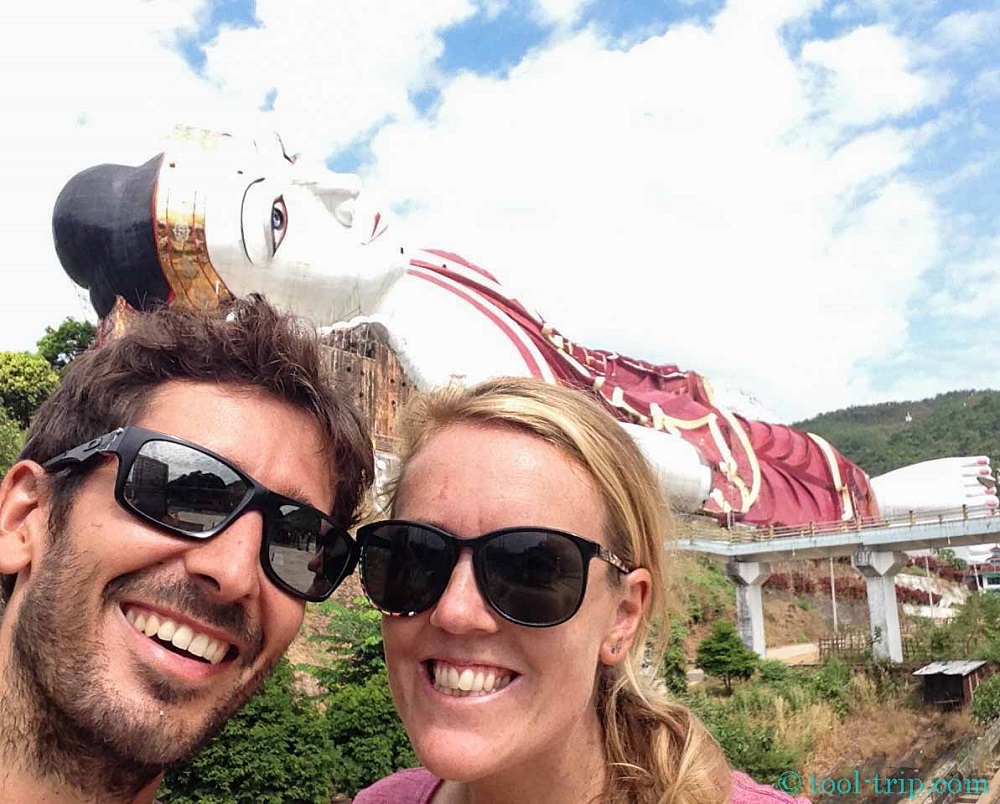 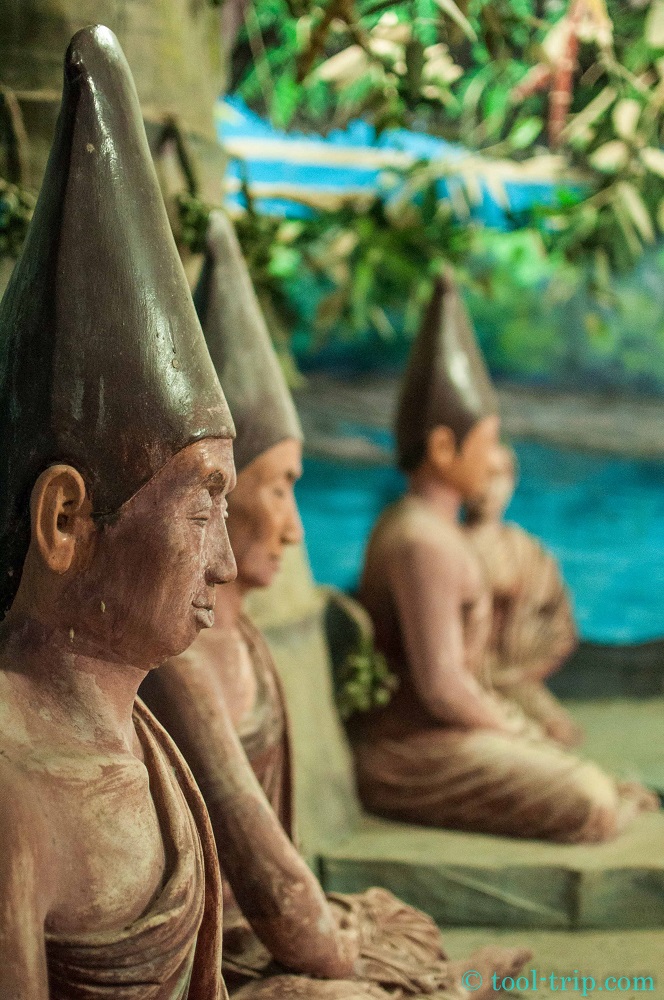 Statues depicting the life of Buddha inside the Buddha…

The Burmese also decided to construct another, even bigger Buddha next to it even though the first hadn’t been finished. They then abandoned the second Buddha construction but finished only its lips and even painted them! 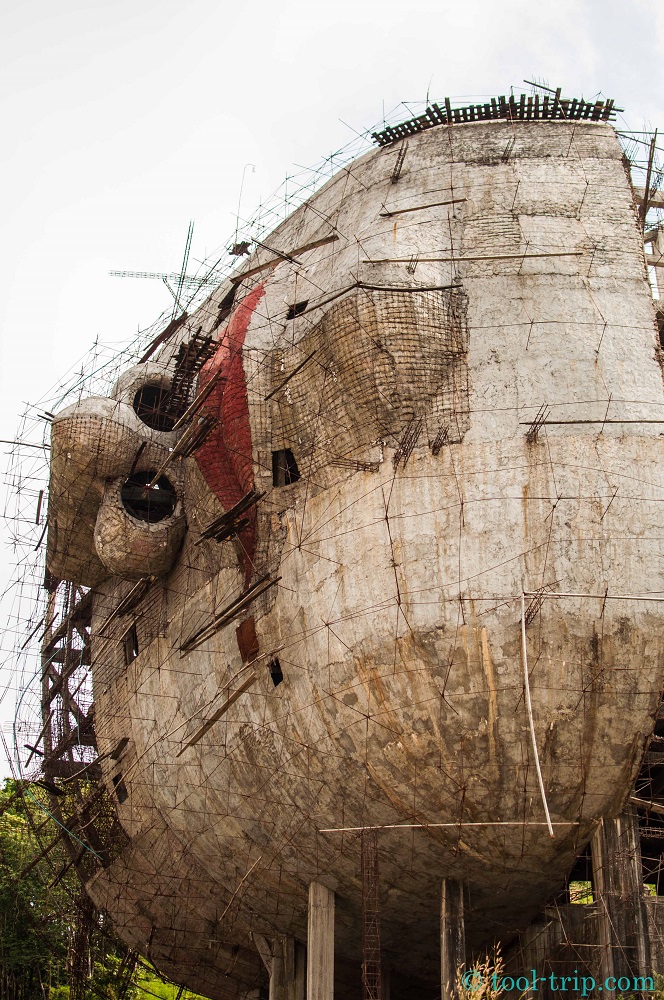 It was still great to see and the 1000s of monk statues lining the entrance road was very impressive. 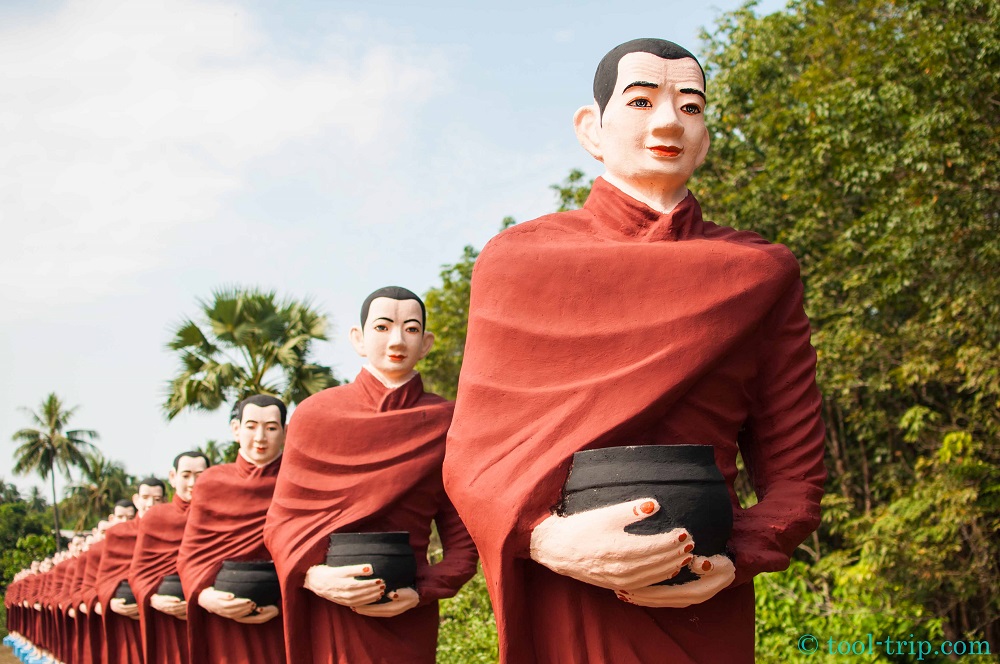 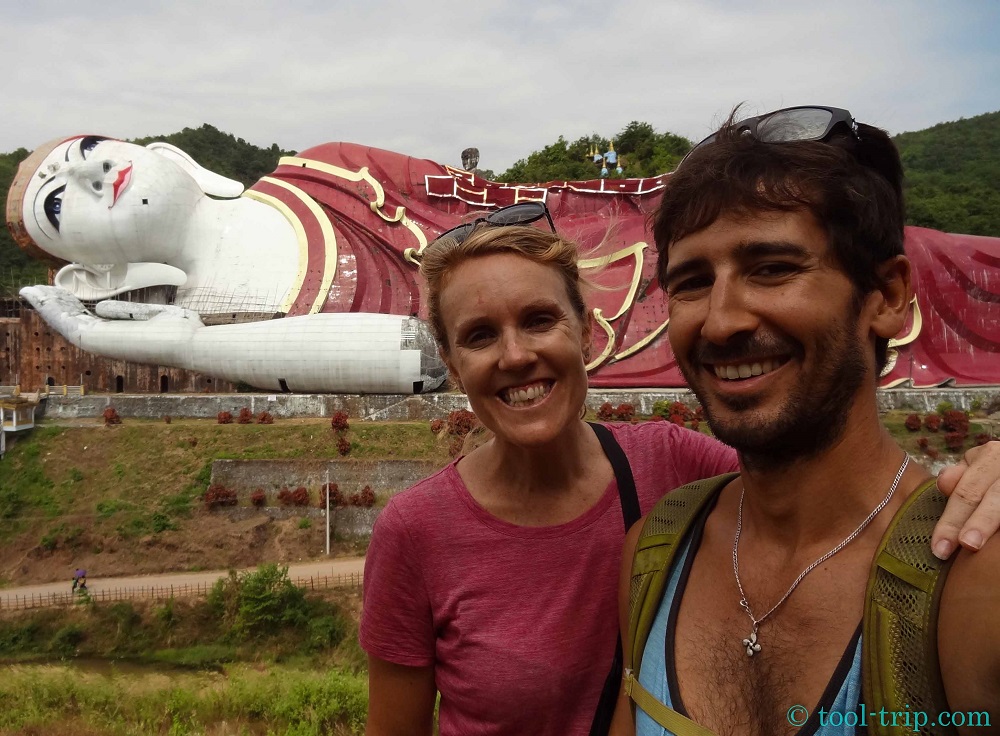 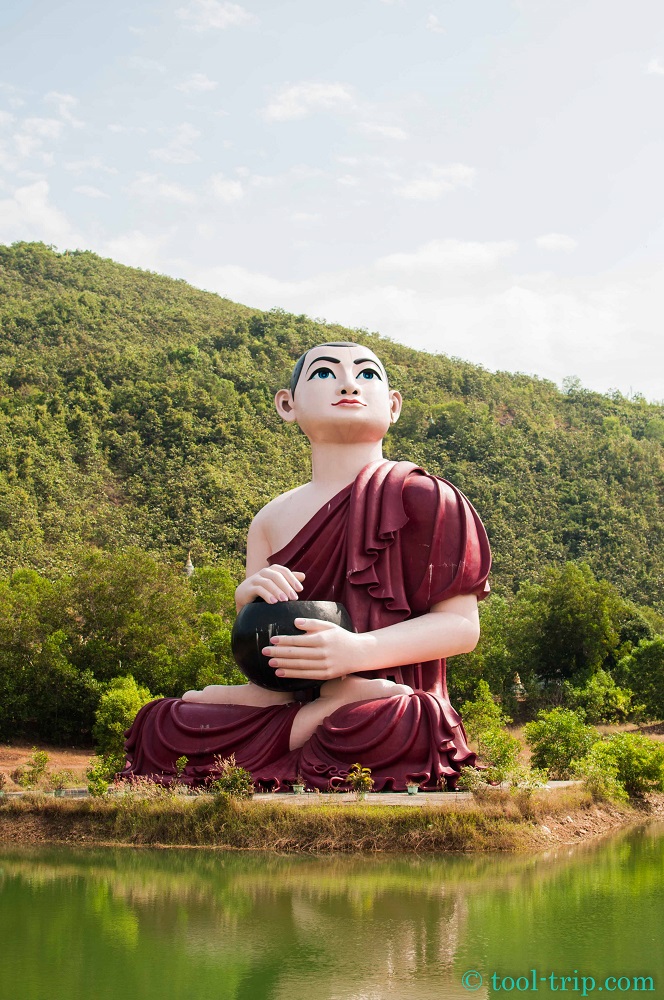 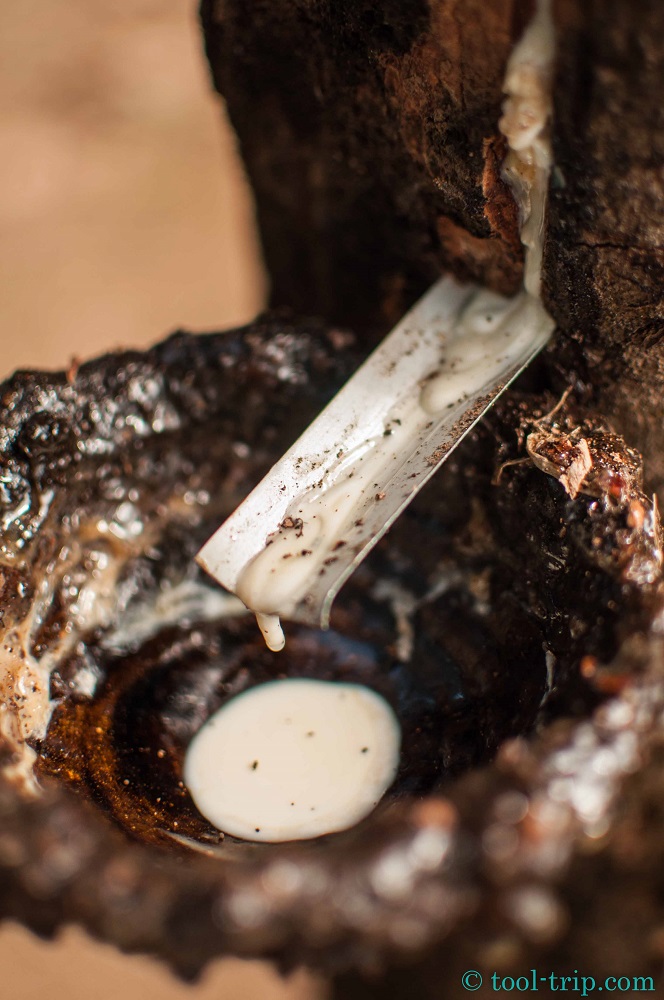 Rubber from the gum tree forest next to the big Buddha

Our last evening we headed to the main pagoda to watch the sunset over the river and town. We also ate again at out favourite food night market along the river front just round the corner from our guesthouse. It was a perfect little stop to recouperate a little before exploring Hpa An only 2 hours away from Mawlamyine. 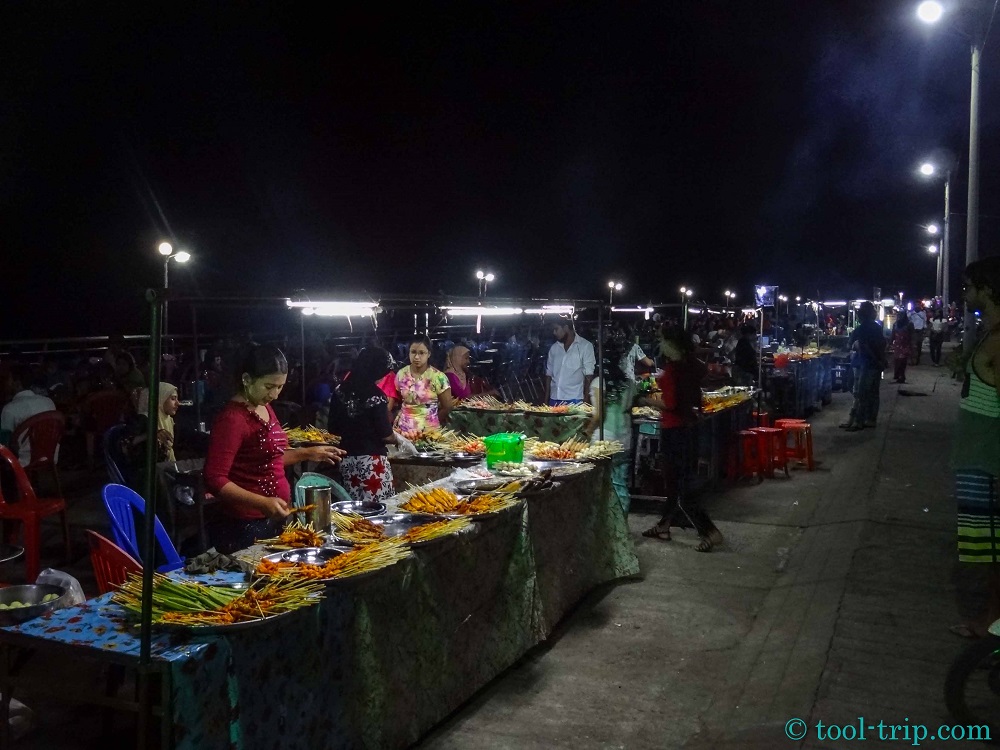 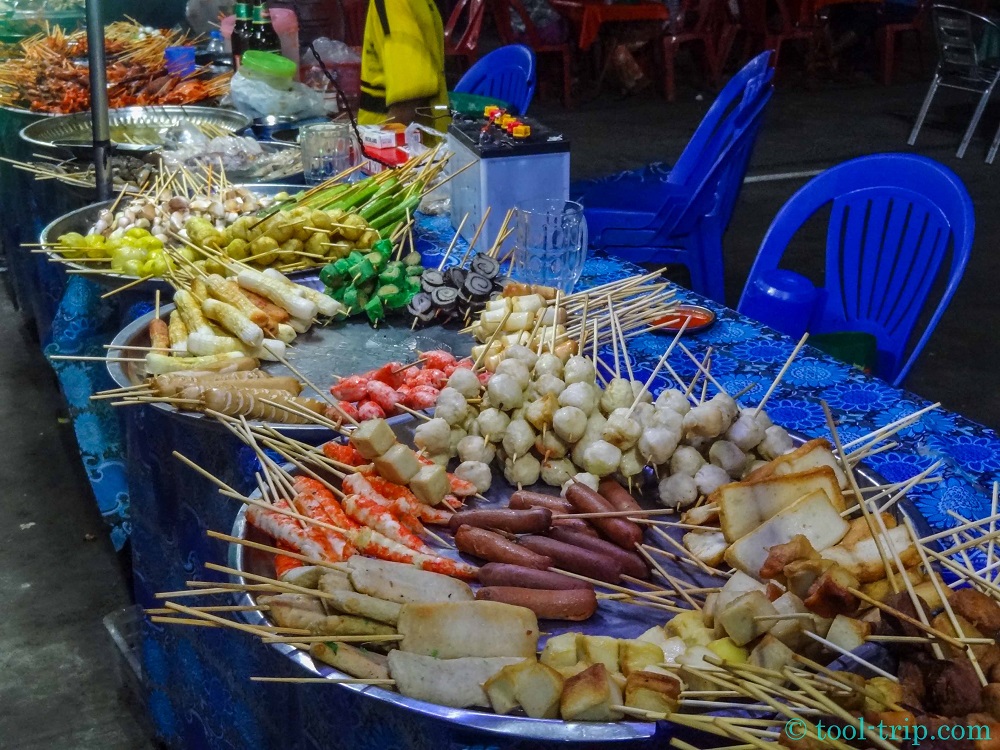 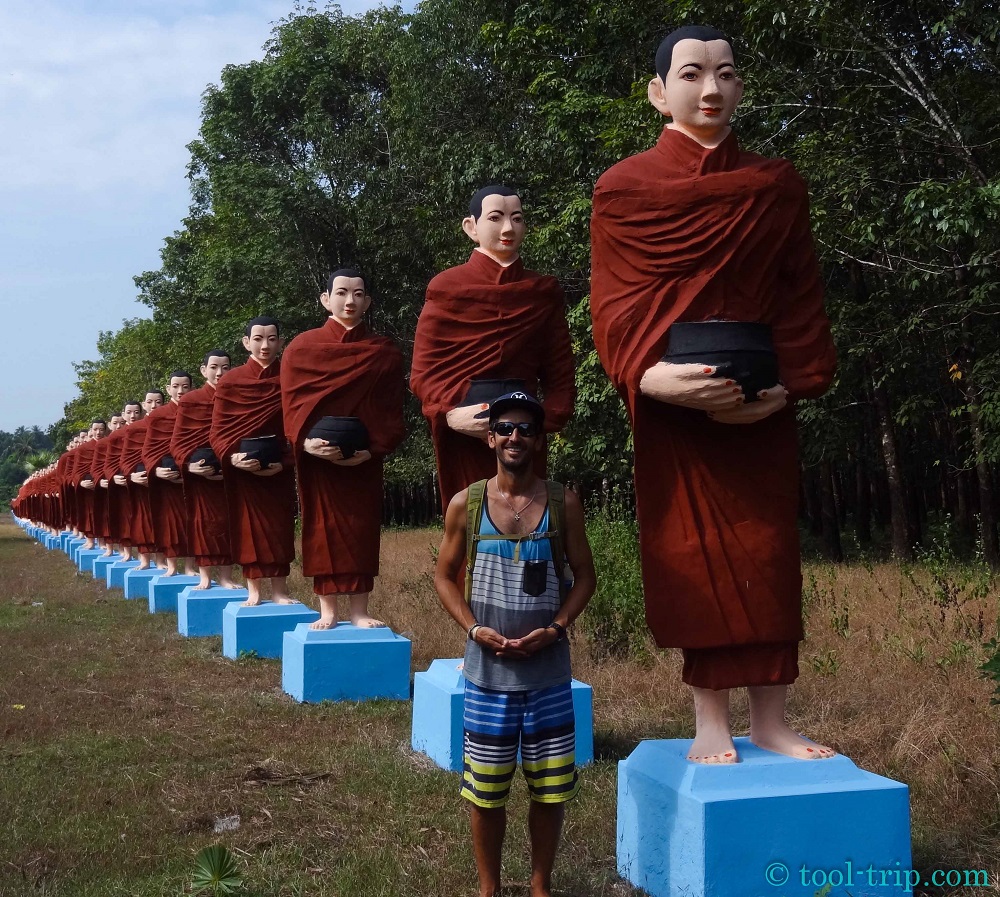