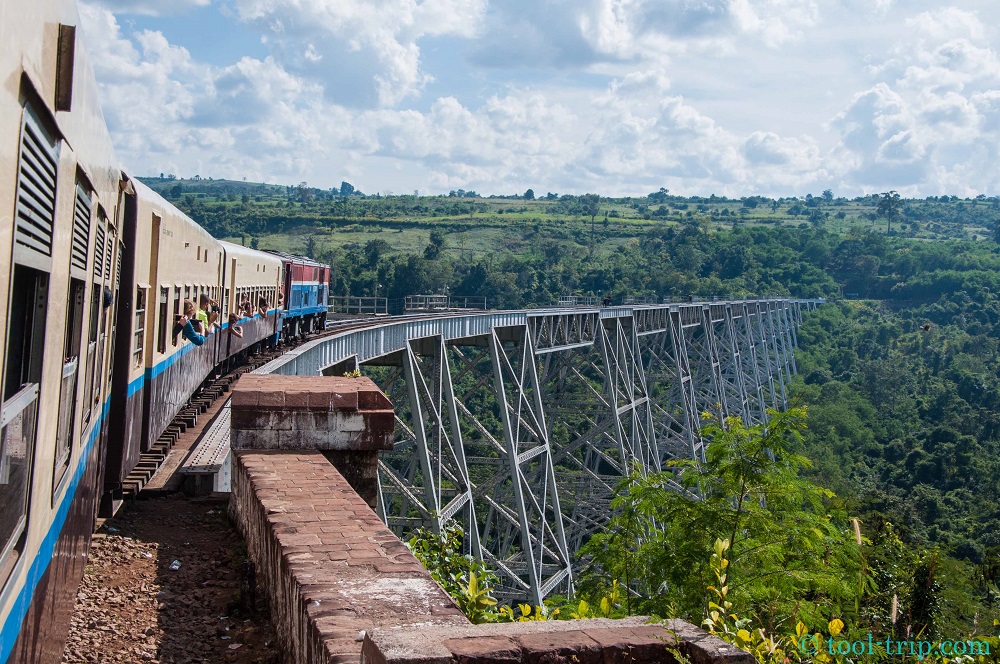 Finally a train not a bus!

After 4  nights in and around Hsipaw it was time to move on – direction Mandalay. We decided to cut the trip in two taking a train to Pyin Oo Lwin 60km east of Mandalay. The train journey is known as the most famous in Myanmar and the most scenic. We would 100% completely agree. It was brilliant. 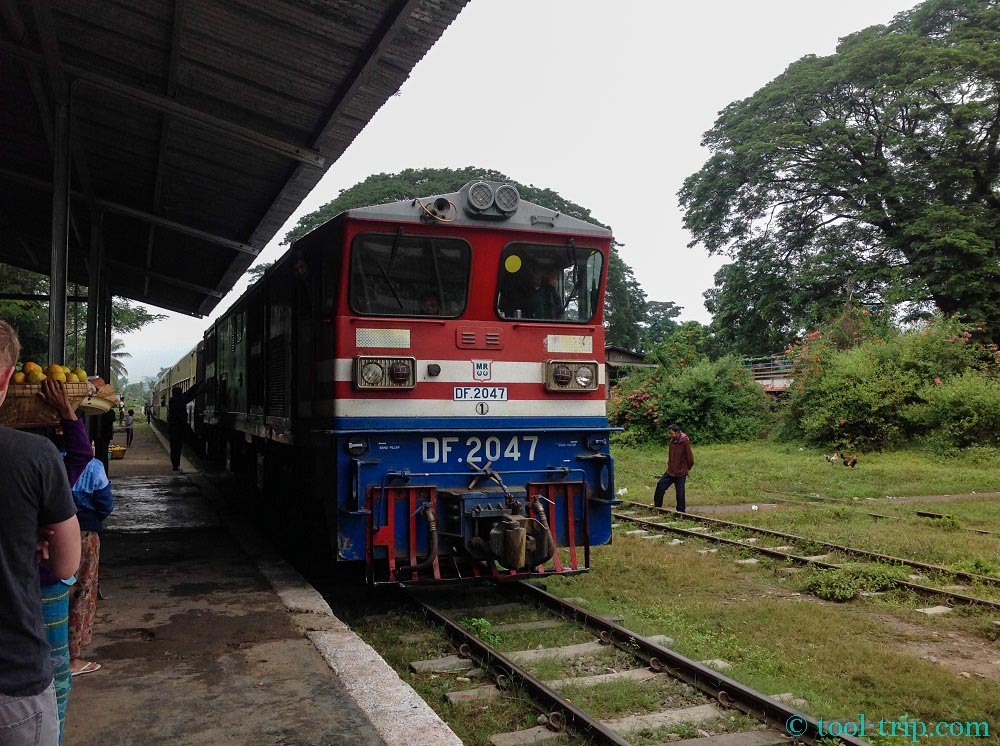 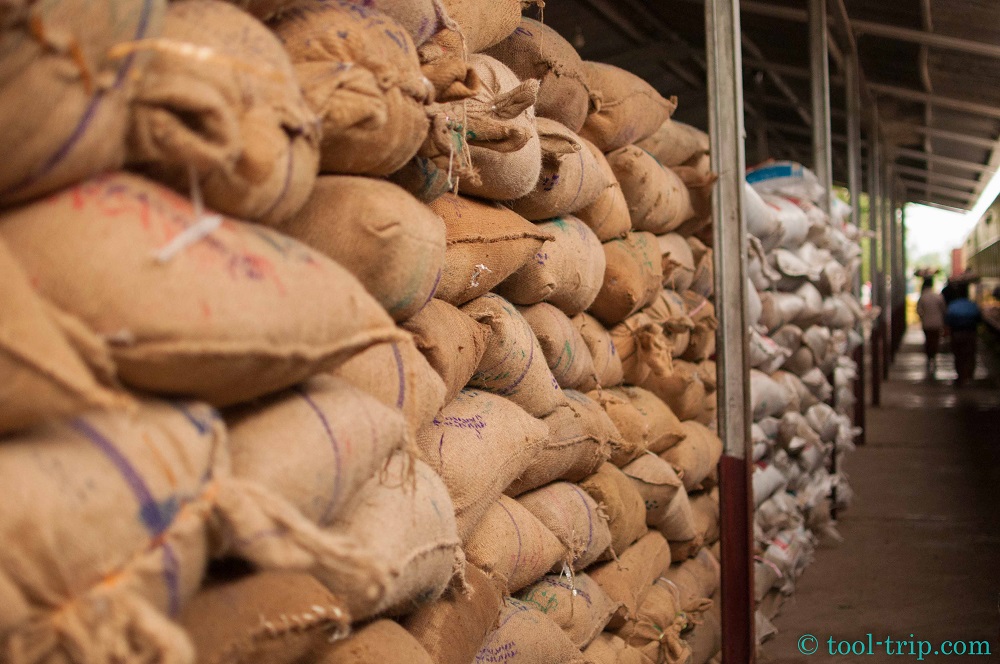 After leaving our hotel and walking through a quiet Hsipaw, we arrived at the train station to a platform full of tourists. Where did they all come from!!? We turned up early because we had no ticket and thought it best to buy as early as possible. The ticket office however, didn’t open until 45 minutes before the train was meant to leave. We had a little wait but it meant we could buy a few supplies for the journey. Once opened we booked our tickets in ‘Ordinary’ class – it was nice to know life insurance was included in the price. Very reassuring. 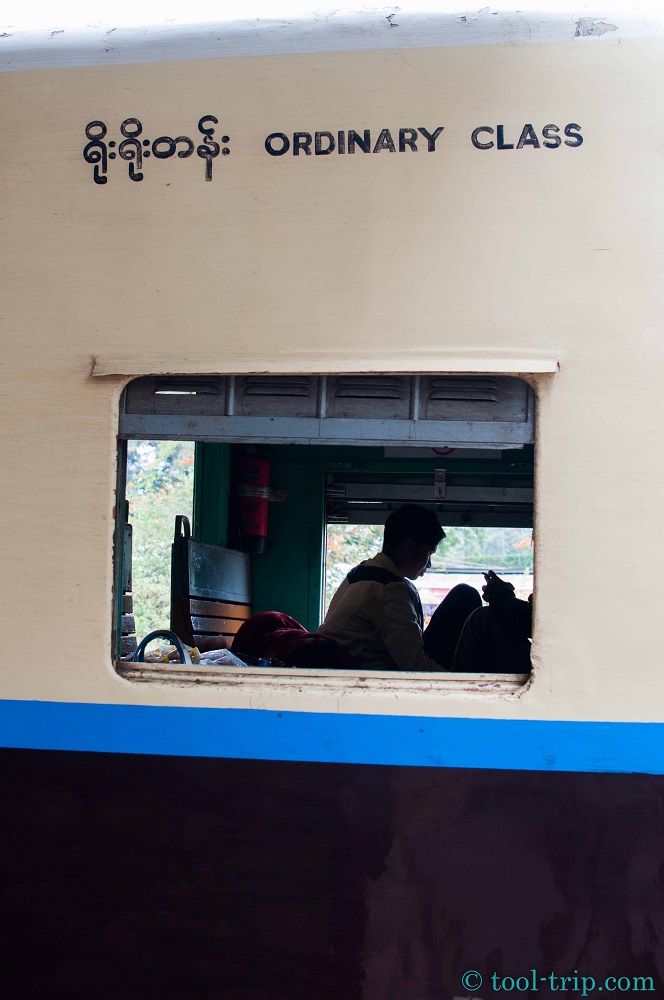 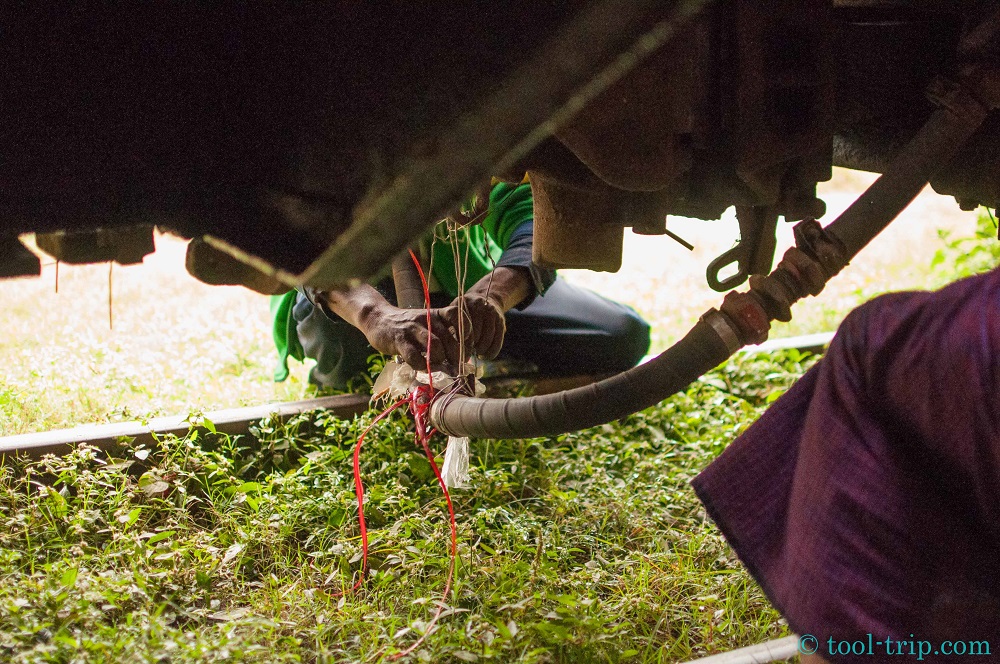 On the train we noticed that everyone was in the VIP class except us and three others. We had such a great time. The wooden planks we were sitting on got a little more comfortable as our bums got numb, and we got to spend the whole time with the locals. It was a little annoying how the VIPs kept coming into the Ordinary class carriages just to take photos. We weren’t allowed in their carriage so why are they allowed in ours!! I guess because we were enjoying ourselves so much more. 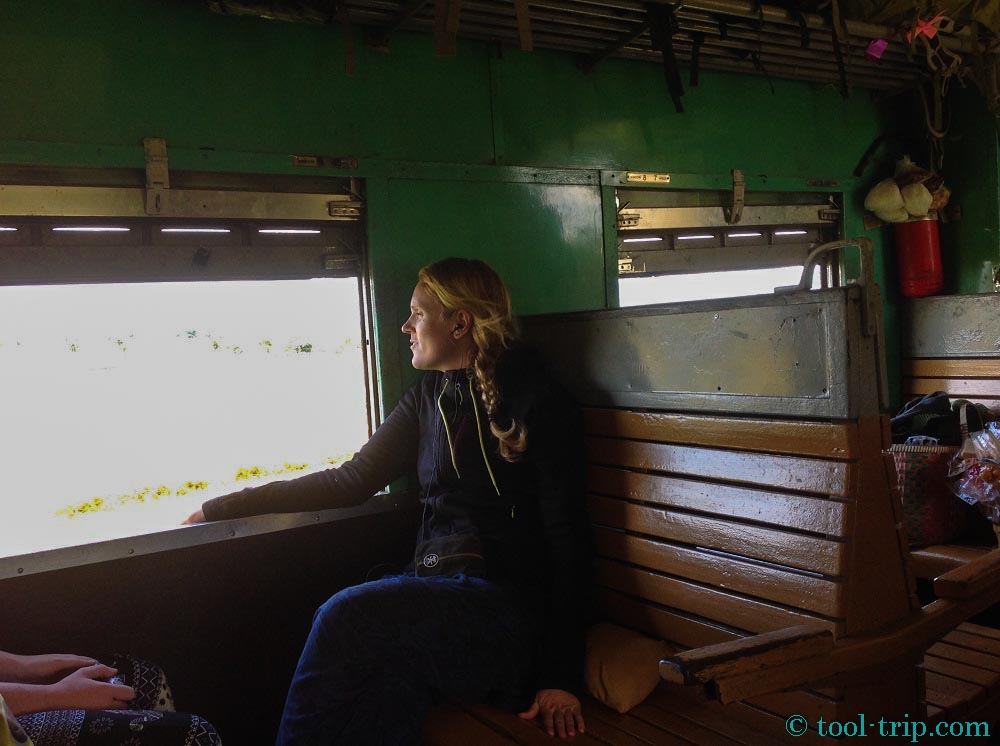 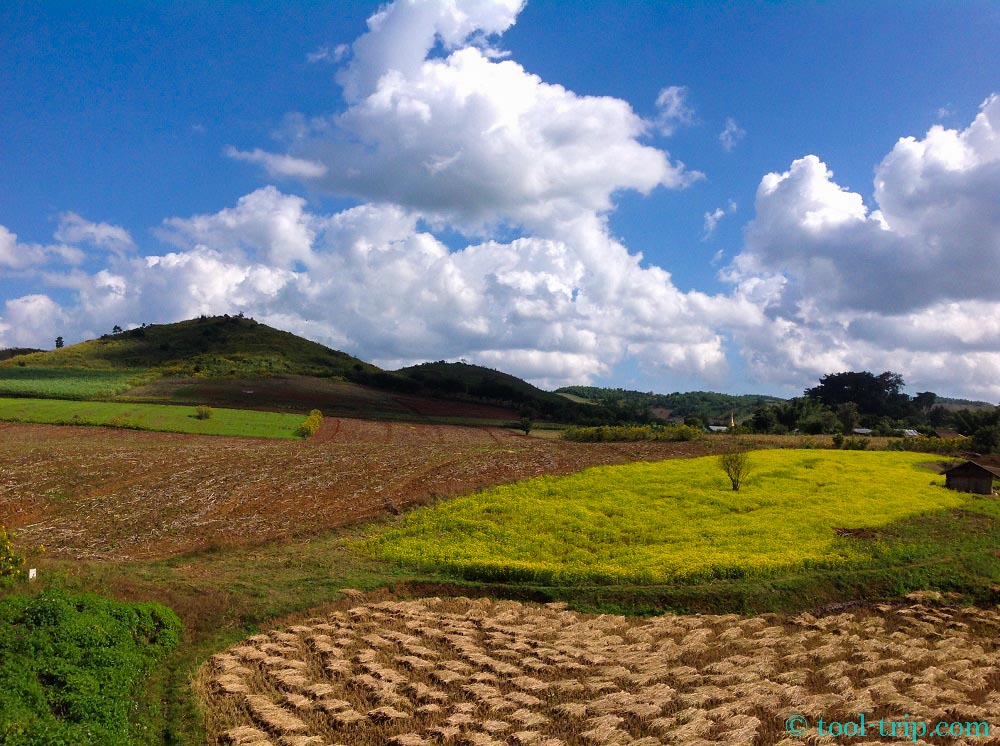 The train moved quite a lot. When I mean a lot I mean bags crashing on our heads, you couldn’t walk between carriages easily and you were thrown across your seat for half of the journey. All this movement when the train was travelling at a maximum speed of 30km/h only! At each station we could get off the train, eat and take photos for around 10/15 minutes before slowly moving off. 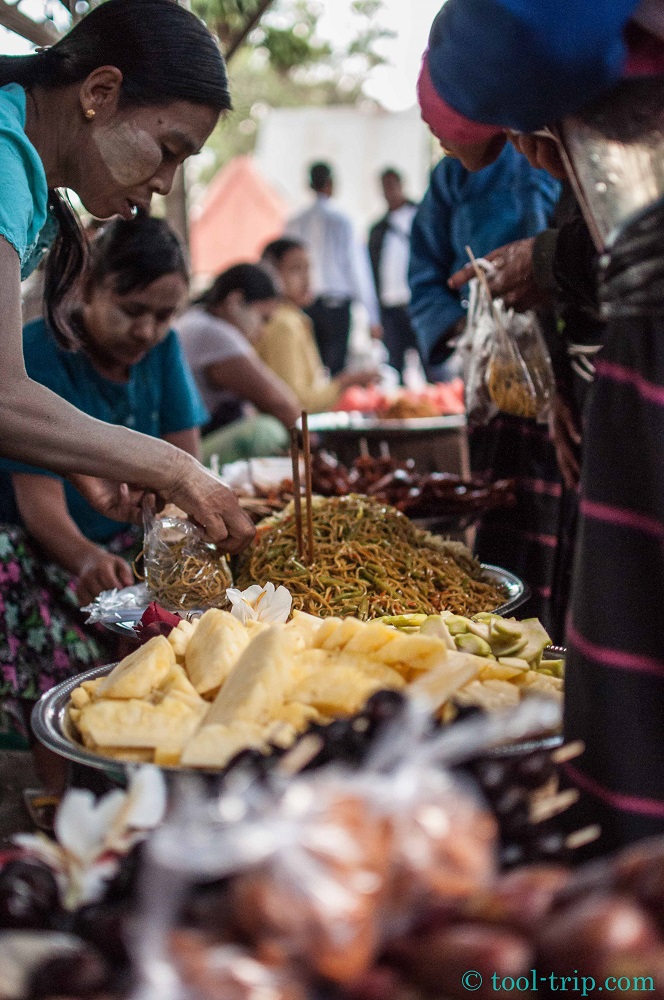 The most famous part of the train journey was the crossing of Goteik viaduct, around 5 hours into the journey, direction Hsipaw to Mandalay. The Viaduct is 689m long and 102m high and the longest bridge in Myanmar. The noise the train and bridge made when travelling over it at 5kph was pretty worrying…. creek-creek-creek-scrape-creek-scrape-bang-bang-creek….. but the views spectacular (if you’re not scared of heights.) 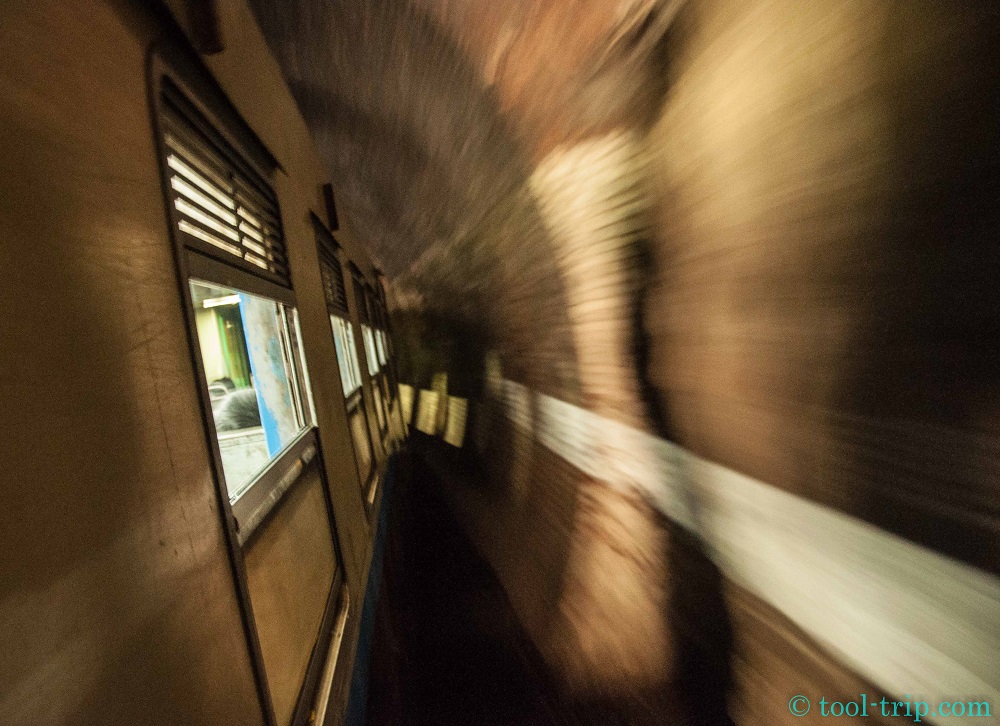 Tunnel before viaduct. It looks 10 x faster than we were actually travelling 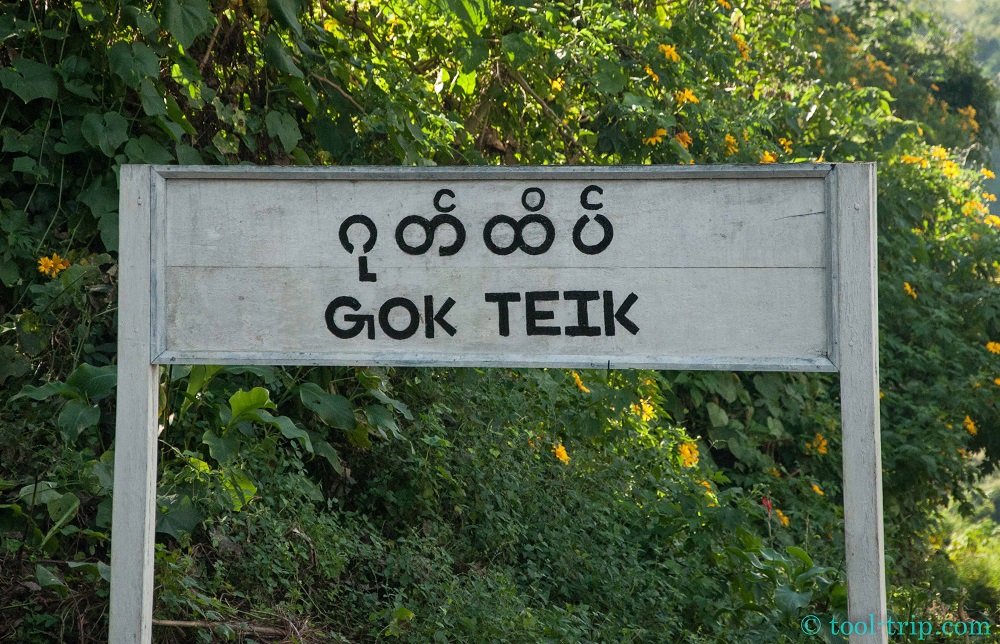 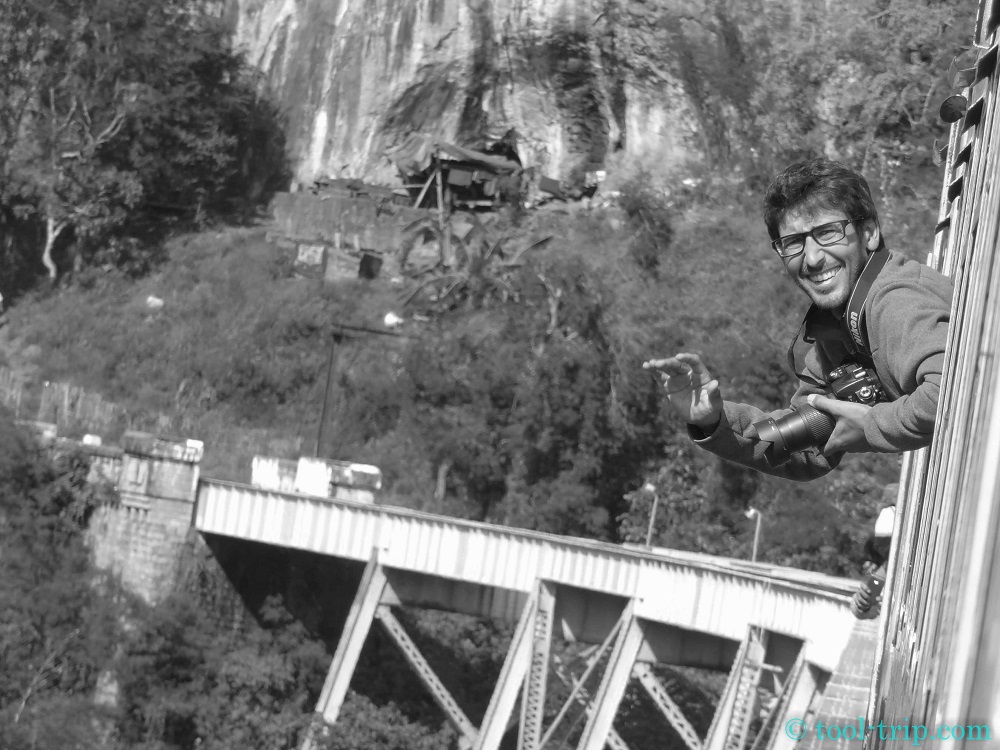 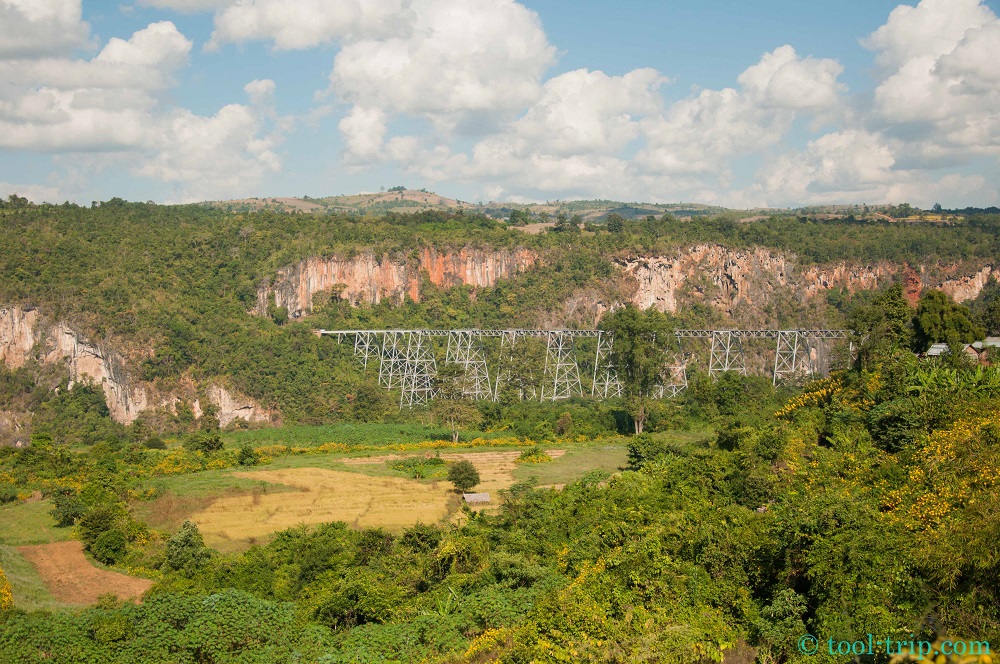 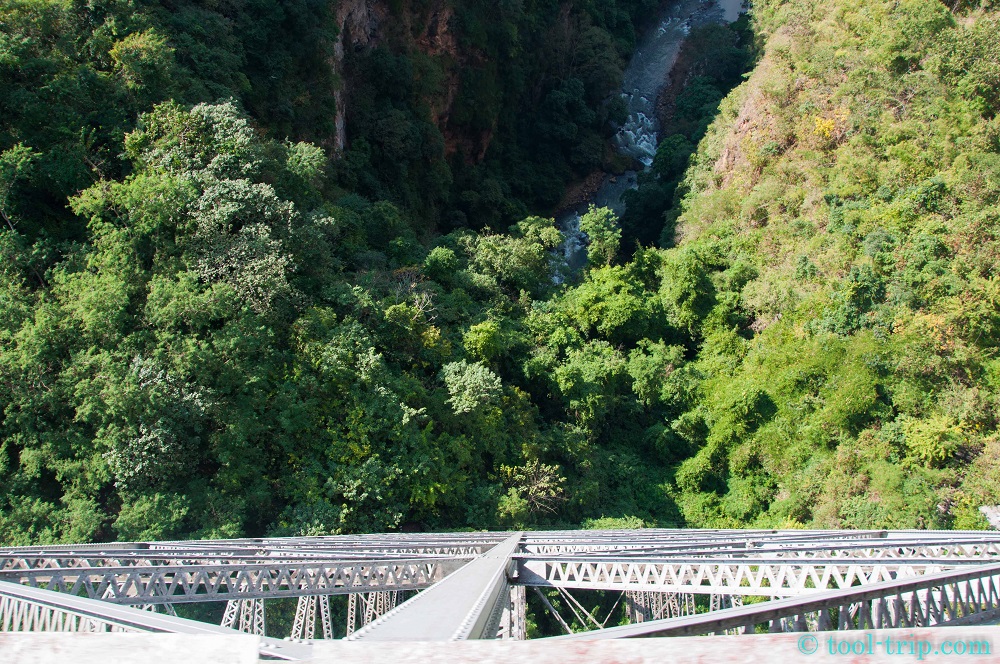 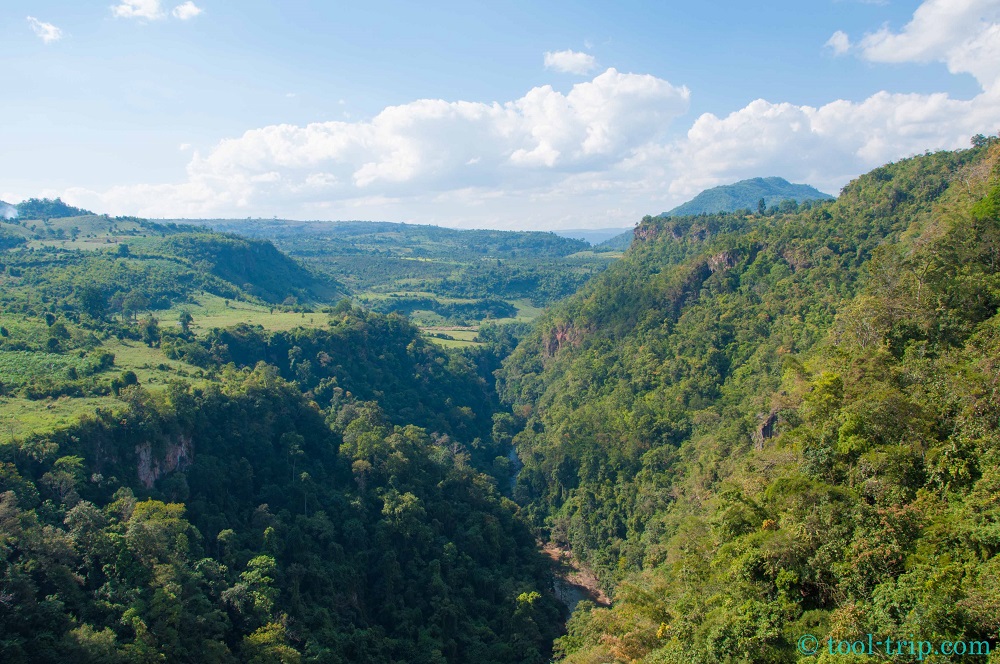 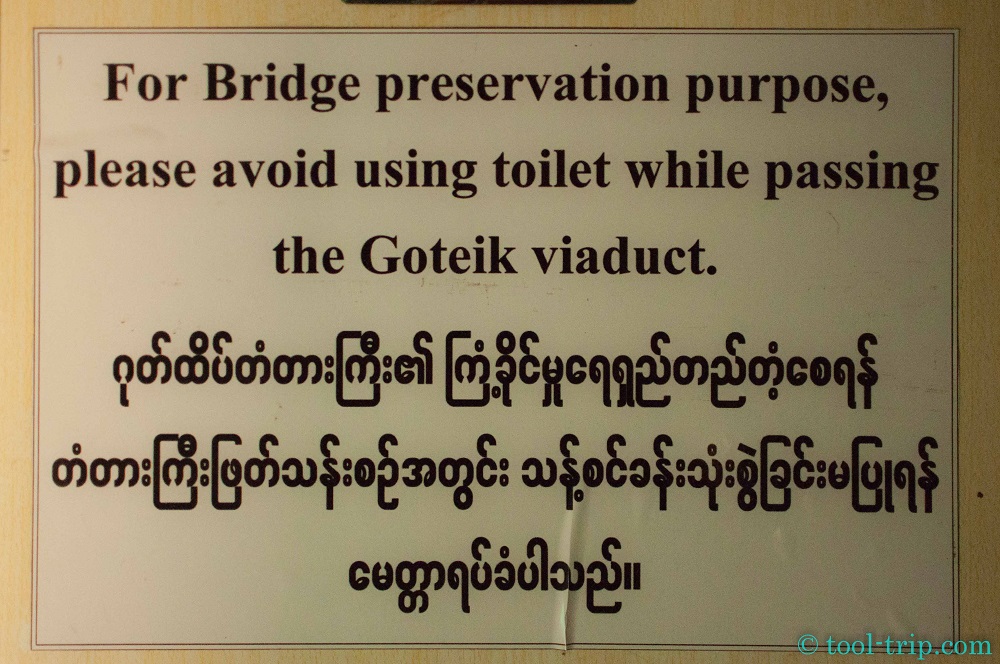 The toilet consisted of a hole in the floor. Maybe not in VIP class though.

The journey was truely beautiful. Watching the stunning scenery passing by and the locals waving and shouting hello, even from far away in the fields was unforgettable. The whole experience was amazing. 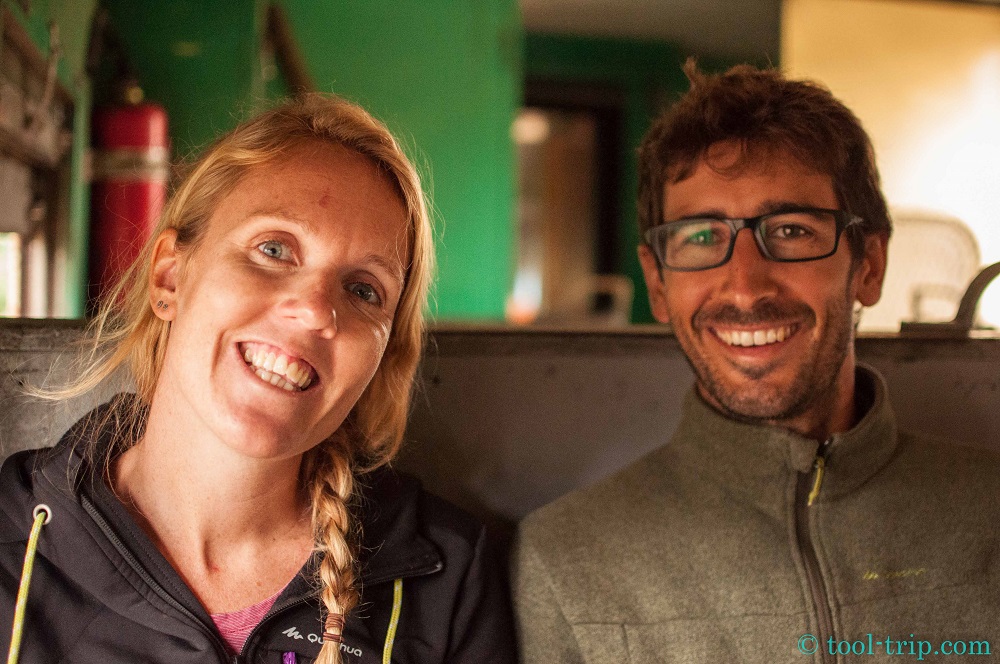 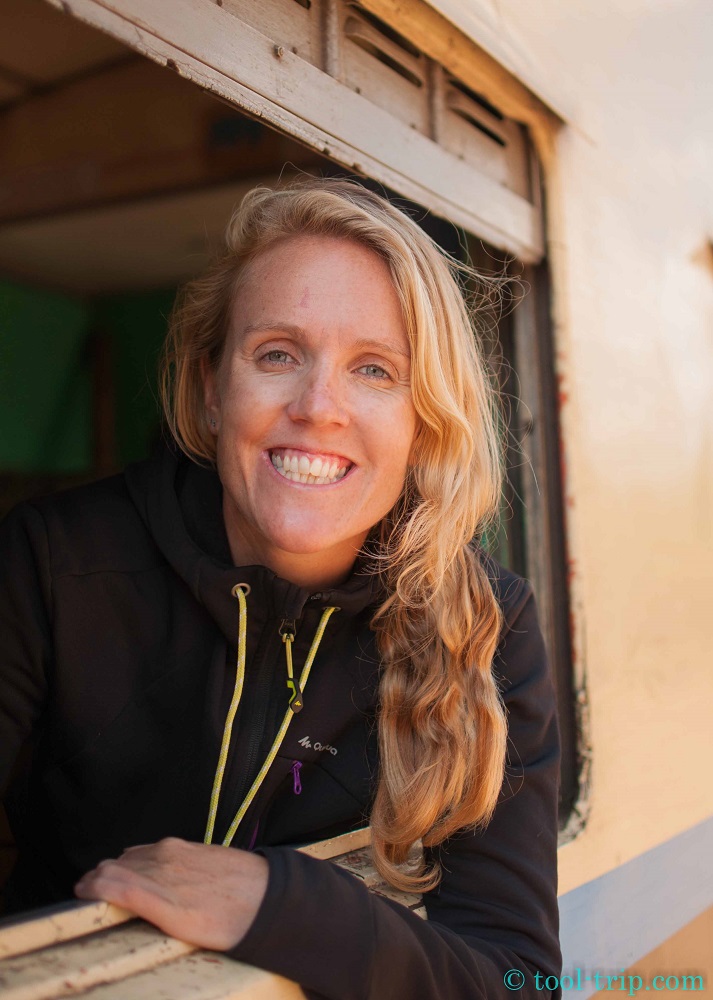 We had already been on the train for 7 hours and it would have been a further 6 hours to Mandalay, arriving very late. We decided to stop in the colonial town of Pyin Oo Lwin for a night and explore the next day.

From the station we walked in search of a place to sleep. They were easy to find but disgusting and really expensive. The whole town had a bit of a weird vibe about it. Maybe we just missed Hsipaw already!

We finally found a cheap place where we wanted to spend as little time as possible. We met a French guy and Spanish girl who had the same feeling. We decided to go out for dinner together and stayed out as late as possible.

We got up early and left the next morning ASAP without even exploring the town.

We always check for bed bugs in every hostel. We did here too but I woke up to a weird rash/bites on the back of my legs. We found out later in Mandalay that two other girls had exactly the same thing but we were all in different hostels. Pyin Oo Lwin is infested!!

We got a pickup van to the city and 2 hours later we arrived in Mandalay. We had heard mixed reviews of the city, more negative than positive. We were looking forward to checking it out. 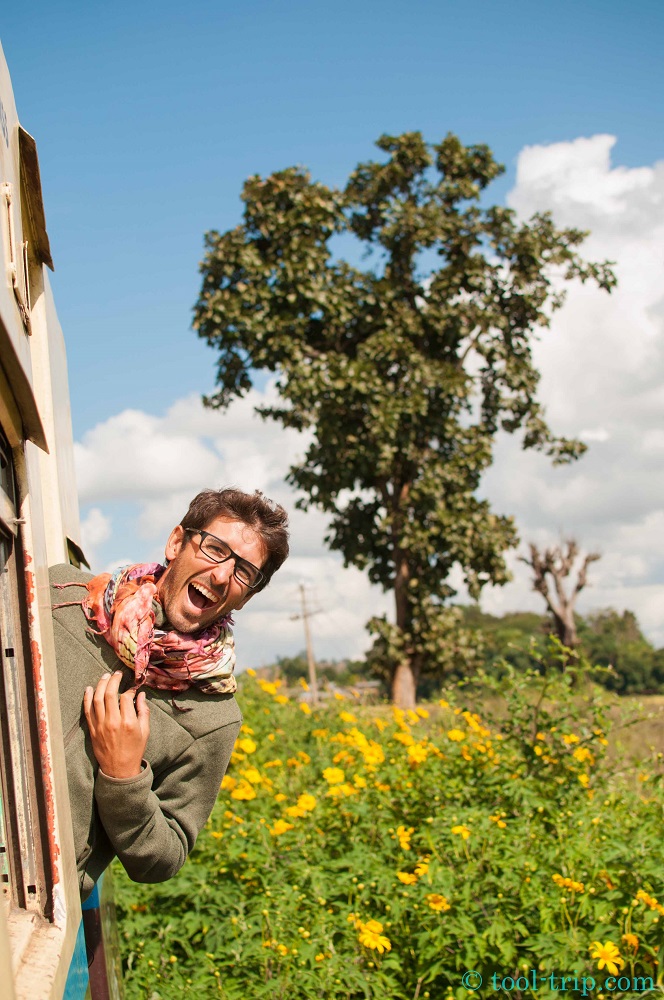 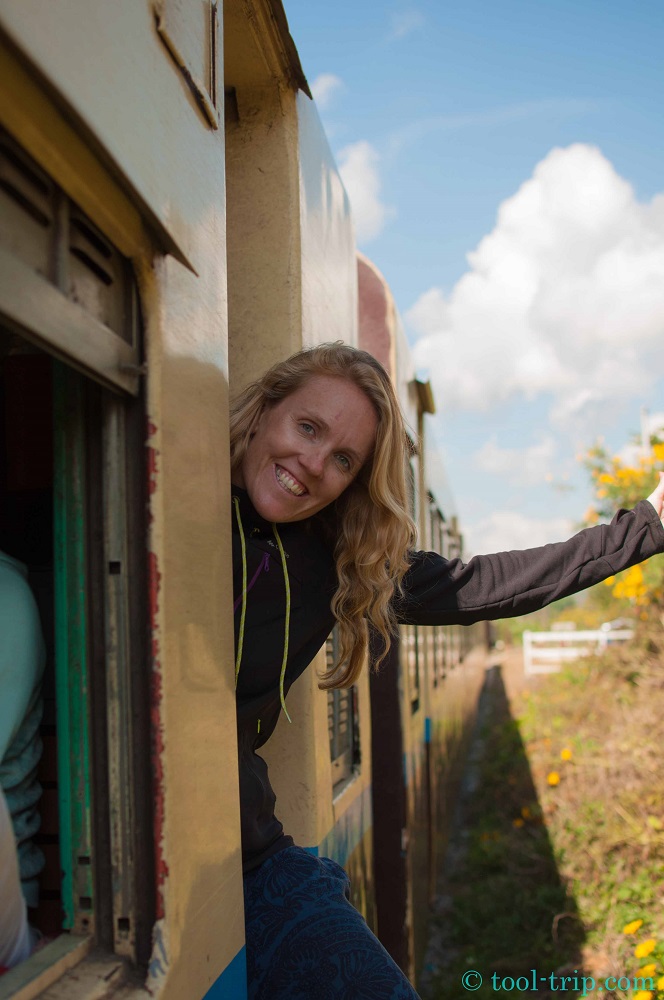 One thought on “Train journey – Hsipaw to Pyin Oo Lwin”